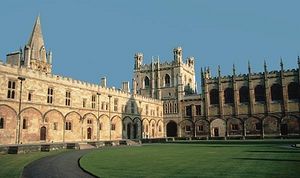 At the Centre for Hebrew and Jewish Studies of the University of Oxford an international conference, “Reception of Josephus Flavius in Judaism of the 20th and early 21st centuries” took place, reports the university’s website.

The forum on this subject matter is the fourth and the last one in the series of conferences, held as part of the research project of the Centre for Hebrew and Jewish Studies, dedicated to perception and comprehension of the literary heritage and the ideas of the outstanding Jewish writer and chronicler of the 1st century AD Josephus Flavius. At the three previous conferences issues connected with reception of Josephus’ works in the Judaic culture of the European Jewry from the antiquity and the medieval period till the beginning of the 20th century were raised.

The participants of the forum discussed the problems related to the influence which the personality and the literary heritage of Josephus Flavius had on the political, cultural and religious life of the Jewish communities of Europe, the USA and the Jewish community of Israel in the 20th-21st centuries since the foundation of the state Israel in 1948.

Specifically, the following subjects and issues were raised in the participants’ reports:

Scholars from universities and research centres as well as independent researchers from Great Britain, the USA and Israel took part in the international forum’s work. Monotheism. Part 2: Judaism
Hieromonk Job (Gumerov)
The Messiah came, but Jewish leaders, Pharisees, and Sadducees condemned him to death. But why were the Pharisees, Sadducees, and scribes offended? Why did the Pharisees and scribes, who were witnesses to the magnificent miracles performed by Jesus and knew the Scriptures better than anyone else, stubbornly refuse to recognize Christ? Finally, one more question: why did they hate Him, despite the fact that he delivered many people from terrible disease and suffering? Archbishop of Cyprus Says Presence Of Hebrews Is ‘Godsend’ Concerning Greek-Israeli Relations
Cyprus Chrysostomos gave an exclusive interview on the London Greek Radio, saying that there are no developments on the Cyprus Issue and the contacts that have been made concerning this issue regard only two countries, Turkey and Cyprus. Jewish Delegation Apologizes to Greek Orthodox Patriarch for Ultra-Orthodox Spitting
According to a Haaretz.com report, a group of Jewish public figures and intellectuals visited the leadership of the Greek Orthodox Church Theophilos III in Jerusalem to apologize for the ultra-Orthodox spitting incidents.
Comments
×