Why do they hate Russia?

The West is guilty of the same crimes it accuses Russia of committing. 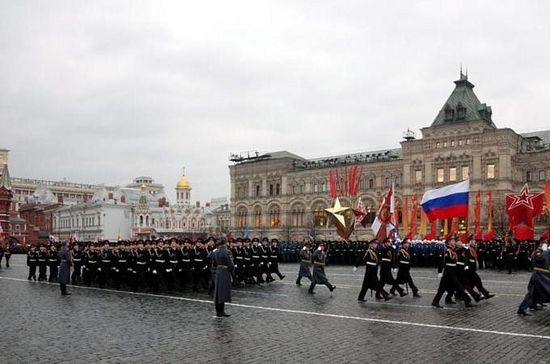 Russia is not a superpower. Its population was shrinking, and so is its military, political, and economic might. Yes, Russians have their oil money to organise Olympics or buy fancy flats in London, but Russia itself is a far cry from the big nasty "bear" that was invading Afghanistan, when I emigrated from this evil colossus in search of a political freedom so lacking at home. Yet, this cherished western freedom is being threatened by a stifling hypocrisy.

For reasons that are both obvious and complex, Russia, the main heir of the collapsed Soviet Union, continues to be seen as an evil country. So any politician down on his luck - Senator McCain from Arizona is a case in point - is more than happy to invoke the ghosts of the Cold War and use Russia as a stepping stone for his failing attempts to stay relevant. What could be simpler? Just get on the Fox news, or if you are more sophisticated, on the pages of New Republic, Weekly Standard, or NYT Review of Books, and pontificate about the need to get tough on Russia. You gain immediate access to the deep recesses of the American psyche raised in constant fear of the Evil Empire. The public is yours to take.

The same strategy works well in Great Britain as well, where anti-Russian phobia runs even deeper, into 19th century with its almost pathological and racist fear of Russia's rising power. That fear, by the way, has already resulted in the Crimea War of 19th century. (David Fromkin's 1989 prize winning study, A Peace to End all Peace: The Fall of the Ottoman Empire and the Creation of the Modern Middle East offers a superb analysis of the power and geopolitical legacy of this fear).

But this combination of opportunism with self-induced blindness, clearly obscures the reality of the situation. Most importantly, Russians feel humiliated as a result of the collapse of their empire. And everyone knows you don't taunt or mock your defeated enemy. Western leaders, however, are forever ready to do so and while engaging in this morally dubious enterprise, they keep congratulating themselves for their moral uprightness.

"Pussy Riot", "gay propaganda law", Olympics and everything else in between are the subject of endless moralizing, while Western scandals and abuses are dismissed as the sign of the healthy democratic process.

The situation in Ukraine reminds of Moliere's famous playTartuffe in which the main character is a selfish and manipulative person, who pursues his materialist interests under the guise of piety. Russia falls into its role of Moliere's gullible Orgon, while the west plays a convincing Tartuffe.

Dealing with such an exotic country as Russia, separated from the West by its unique geography, history, religion, and political system, the West has fully internalised utterly undemocratic and hypocritical attitude captured by the maxim: "quod licet Iovi, non licet bovi" (What is allowed to Jupiter is not allowed to an ox). Furthermore, as late comers to the Western civilisation, Russians themselves seem to accept this unhealthy attitude without challenging it.

This situation has persisted after the collapse of the Soviet Union Despite its self-congratulations on the triumphant power of democratic values and its demands that Russia treats its citizens and neighbours with equanimity, the West continues to lecture it on its inadequacies. Consequently, Western militaristic adventures be it in Afghanistan, Iraq, Syria, Libya, or Kosovo are disguised as some sort of noble and moral endeavours.

Russia's assertions of its country national interests are presented, however, as an act of blatant aggression. One would expect that the endless amount of economic, political, social, and military abuses that we witness around us would make modern day Tartuffes more modest in their pious claims, but it doesn't.

Furthermore, if the West preaches equality but treats other countries as second best, why can't Russia do that too? Why can't it treat Ukraine in the same way it has been treated by the West? And if Russia is the subject of double standards, was the West lying to the Russians all along, convincing them that there's nothing to fear and can peacefully disarm and withdraw, while at the same time secretly expanding NATO towards its borders? To push the analogy with Moliere's play even further, Tartuffe is not just a sanctimonious hypocrite; he eventually tries to repossess the house of Orgon, whose gullibility he uses precisely for that purpose.

I suspect that the collapse of Ukraine has brought this fact to the surface, and Russians - in the manner of Orgon - suddenly realised that they've been taken advantage of, that Tartuffe wants to re-possess their house, that all these assurances that Russia is an equal member of G8 were empty talk. It can see nuclear arms at its border, which the West will surely place there after it buys Ukraine out of its economic crisis. Western response? Blame Russian aggression again. It is a classic case of blaming the victim.  Now the West will surely surround Russia with nuclear arms.

I hope that the West will come back to its senses, sit at the table and negotiate with Russia a solution to the Ukrainian crisis and create a military neutral space there. Because if it doesn't, the next Russian political leader might be less accommodating than Putin, whose foreign policy was to give the West everything it wanted while getting very little in return.

Like the US, the UK, and France, Russia has its legitimate national interests that have to be defended. Why should Russia tolerate NATO at its borders and the potential loss of the Sevastopol navy base to the modern-day Tartuffes?

Vladimir Golstein teaches Russian literature and film at Brown University. He was the 2013-2014 Pembroke Center Faculty Fellow. He is the author of Lermontov's Narratives of Heroism(1999) and numerous articles on all major Russian authors. He was born in Moscow, went to the US in 1979, and studied at Columbia and Yale Universities. Patriarch Kirill: “We are praying for the Ukraine. This is a great sorrow for us”

Patriarch Kirill: “We are praying for the Ukraine. This is a great sorrow for us”
“We call it a fratricidal battle, that is, the same internecine war that took place in ancient times. But today it is greatly aggravated by a whole series of external circumstances, which many of us are aware of.” City camp for refugees from the Ukraine blessed in the Rostov region
The archpriest wished the rescuers physical and spiritual strength, courage and fortitude in their difficult work.

'Russia will not be brought to its knees'
The only solution to the dispute between Moscow and the West is a neutral Ukraine, argues Clifford Gaddy. The Russia expert at the Brookings Institution spoke to DW.
Comments

Eddie9/21/2014 2:09 am
The fact that any commentors on here buy the State Dept line about Russia's "aggression" in the Ukraine is sad and sickening. You guys are either trolls or you're brainwashed. The Kiev junta is engaging in a genocide against the people of east Ukraine - the overwhelming majority of the the casualties they've inflicted in their indiscriminate shellings are civilian ones. The Ukrainian government is laden with neo-nazis and anyone who supports them is a nazi sympathizer by default - whether they be a witting or unwitting one. God forgive you folks.

Andrew8/1/2014 3:52 am
I have not witnessed Russophobia as Elaine Olleson describes it. I have lived in the United States for over 50 years, and any sign of Russophobia ended 25 years ago.

"Blame the West for everything." Of course, if this is fed into your brain every day - just as it has continued to be in Russia for nearly 100 years, then what is to be expected?

And what about me? I am only a man. Someone who you will, either, agree with or not. And if you do not agree with me, will you hate me? Or will you defend my right to say it?

The last time Russia lost a war, it was to themselves (1917-1918). This should be a reminder (rather than an indicator).

Elaine Olesson7/25/2014 11:45 pm
This almost-unanimous chorus of Russophobia has really shocked me. It started last fall when Putin published an op-ed piece in the NY Times which was temperate and rather mild, and ended by suggesting that it is a mistake to encourage people to think that their entire country is "exceptional."

This reasonable remark generated hysteria in Washington, it was as if an anthill had been kicked.

Since then it's only gotten worse. I wonder what the end will be.

Dr. Golstein references an old hostility towards the Soviet Union and I think that's there, but I also think much of the rancor is from what James Jatras has called Pravoslavophobia, hatred of Orthodoxy. Hostility towards Christianity in the U.S. is increasing.

Gregory7/25/2014 7:33 pm
In agreement with Lathrop...and if Russia is truly an Orthodox nation then it should know better than to to make an excuse for its own un-Orthodox behaviour toward Ukraine by pointing out the "sins" of other nations. Golstein makes no arguement here, rather he appears to make an attempt at justification for Russia's aggessive behaviour. Very un-Orthodox approach.

Alina7/24/2014 5:06 am
Do not compare! Government does not kill Russian speaking population and do not throw bombs at them in Latvia and Estonia! You do not know the full horror of events in Ukraine!

CE Lathrop7/23/2014 9:57 pm
Russia is the victim of aggression? Will you be saying that when Putin sends forces into Latvia and Estonia in order to protect the "persecuted" Russians there?
×