Source: The Enid News and Eagle
By David Christy

The enemies of reason have a certain blind look. ~ “The Duellists” 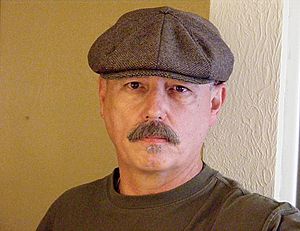 History most times provides fascinating yet disturbing insights into who we are today, what we are, how we think, how we react, how we view the rest of the world, its diversity of races and cultures.

Happened upon an online video the other day, replaying the 9/11 attacks on America for the umpteenth time in my viewing, and it never ceases to make the blood boil a bit, the anger well up, the sadness rekindle of that terrible day in American history.

And that’s when perspective starts to creep in. After the years have begun to fade the memory of Islamist radical terrorists downing planes and killing thousands of innocent people, after the emotions of that tragic event begin to ease, perspective seems to begin to take over.

It came over me while re-watching the epic Ridley Scott film “Kingdom of Heaven,” set in 1184 during the Crusades. While the film itself relies on heavily fictionalized story lines, I am always amazed at how Scott can put the viewer into the historical time, into the setting and characters, how it must have looked and felt.

He did the same in award-winning fashion in “Gladiator” and even more so in a much older and more obscure film, “The Duellists,” set during the Napoleonic era.

The guy is a genius at historical setting and mood.

But for the historian, or even the casual observer, the Crusades still are a mystery to most.

I want to go back into history and ask those in power, or those who were obsessed with power, and were able to draw great religions into conflict: “What the heck were you thinking?”

Stemming the tide of Islam, or was it just inevitability?

It would take hundreds of pages just to outline all the plots and subplots that were involved in the so-called Crusades, since they were not even called the Crusades in their day.

The Crusades, or the holy war against infidels (non-Christians), lasted from 1095 to 1291, and involved seven major Crusades, along with several minor ones.

All were for different reasons, with different players and different goals. Yet all had an underlying theme.

Since the time of Constantine in the early fourth century, Christians had gone on pilgrimages to the Holy Land to visit Jerusalem, its holy places and the site of Christ’s crucifixion.

Even though Islam had ruled over Jerusalem since 638, Christians still were peacefully allowed to visit the ancient city.

However, by the 11th century, things had changed. While Christian pilgrimages had reached their peak, the Seljuk Turks had taken control of the great city, and began preventing pilgrimages — and thus, a clash of two great religions.

Pope Urban II was the first Christian leader to call for a holy crusade in freeing the Holy Land from the grip of Islam and the Turks.

In a speech given at the Council of Clermont in France in 1095, the pope called upon all the Christian princes of Europe to wage a holy war against the infidel Muslims.

“God himself will lead them, for they will be doing his work,” Urban spoke. “There will be absolution and remission of sins for all who die in the service of Christ. Here they are poor and miserable sinners; there they will be rich and happy. Let none hesitate; they must march next summer. God wills it!”

Powerful words those. Were you to close your eyes and remove the Christian title from Pope Urban II, you very easily could find those same words — invoking Muhammad instead of Christ — coming from a modern-day Islamist terrorist.

Unfortunately, the Crusades eventually became simple grabs for power, land and wealth, even with the obvious religious overtones. They lost their original intent — to allow peaceful Christian pilgrimages to the Holy Land and Jerusalem — and became bloody exchanges between Christian knights and Islamic warriors.

Many times, as Christian crusaders moved from Europe to the Mediterranean and Middle East, they sacked Christian cities, including the Orthodox Christian city of Constantinople, killing Jews in France and Germany along the way, making little effort to differentiate between innocent men, women and children and fighting battles against Islam.

In fact, the Crusades revealed an inability of Latin Christians to understand Greek Christians, and fostered a harsh intolerance between Muslim and Christian, where before there had been mutual respect. They also were marked by an increase in anti-Semitism by Christians.

The Crusades began with a pope’s call to arms, and ended in 1291 when Acre, the last Latin holding in Palestine, was lost.

In our time, the kingdom of heaven continues with bloodshed and intolerance.

Today, we continually ask the question of radical Islam: “Why do you hate so violently? Why are you so intolerant?”

Maybe, just maybe, we should have asked that question of European leaders long ago — historically speaking. The Emperor’s Rage: Let Chaos Envelop the World!
The Chaos President is blind to the fact that starving one’s adversaries does not secure submission: it unites them to resist. Regime change, imposing proxies by force and subterfuge, can destroy the social fabric of complex societies: Million of peasants and workers become uprooted refugees. Popular social movements are replaced by organized criminal gangs and bandit armies. The Breaking of Images

The Breaking of Images
From the perspective of visual art and culture, the Reformation was one of the greatest catastrophes that ever befell Europe. Obviously, there were also cultural gains, in the form of mass literacy, and new forms of visual media, including pamphlets and cartoons. But in terms of paintings, murals, sculpture, architecture, and stained glass, the losses were irreparable. Monotheism, Part 3: Islam
Hieromonk Job (Gumerov)
The difference between the Old Testament religion of the Law and Islam is not only that the latter emerged more than two thousand years after God gave on Mount Sinai the Ten Commandments and other precepts that governed life for the chosen people. The most important difference is that the Law of Moses has a Divine source. The founder of Islam, however, did not have a Divine revelation.