On Sunday, August 10, 2014, His Eminence Archbishop Mark of Berlin and Germany of the Russian Orthodox Church Outside of Russia officiated at divine services celebrating the “Hodigitria Icon” of the Mother of God of Gethsemane Convent. He was joined by Archimandrite Roman (Krassovsky), Chief of the Russian Ecclesiastical Mission in Jerusalem, clergymen of ROCOR and visiting clergy. 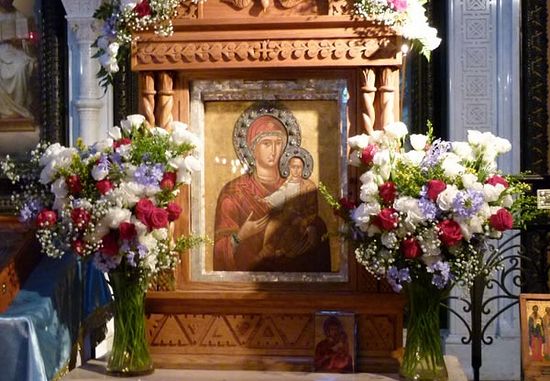 The History of the “Hodigitria Icon” of the Mother of God

In March of 1939, Abbess Maria of Gethsemane Convent received a letter from Metropolitan Elias of Lebanon in which he requested that she visit him in the city of Beirut.

So she went. Upon meeting her, he gave her the “Hodigitria Icon” of the Mother of God and said, “I must give this to you.” A document was attached to the icon, which stated:

The history of this icon of the Most-Pure Virgin is traced back to March 25, 1554, when on the eve of the Annunciation, in the Church of Holy Martyr Theodor the Tyro, a fire broke out in the town of Rekhani. Everything was burned to the ground except the stone walls of the local church, the vessel containing the Holy Gifts and this icon. Thanks to this miracle, the icon was given the name “Unburnt Thornbush,” for the the Burning Bush seen by the Prophet Moses was a symbol of the Most-Holy Mother of God. After this occurred, the holy icon gained wide renown. During epidemics of cholera, the plague, etc, which ravaged the region, the holy icon would be sent on processions through the affected towns with the blessing of the bishops of Beirut and Lebanon, and thanks to the power emanating from the holy image, the epidemics would quickly be extinguished. As a result, the icon became known as a “healer.”

Until 1935, the icon was permanently housed in the Church of St Theodore the Tyro in Rekhani, after which the townspeople brought it to me on the occasion of my consecration as Bishop of Lebanon.

Since then it was carefully kept in the Lebanese episcopal residence in Cabella. Now, as the lawful owner of this great and holy icon, we confirm that it is being given as a gift to the honorable Mother Abbess Maria of Bethany Community of the Resurrection of Christ on the condition that she and her successors, who are to be caretakers of the holy icon, would ensure that twice a year—on the Annunciation of the Most-Holy Mother of God and on Her Dormition, Divine Liturgy would be celebrated before the icon and our name commemorated. We confirm the contents of this document with our seal as Metropolitan. We ask God to bless the works of our spiritual daughter, Abbess Maria, and reward her for her efforts, which she does to the glory of the name of Jesus Christ. May He be merciful and fulfill the prayers of all who hastens to appeal to Him through the intercession of His Most-Holy Mother. Amen.

This event took place on the fifth week of Great Lent. The icon was placed in Gethsemane Convent’s Church of St Mary Magdalene, and the senior spiritual father of the monastery, Fr Seraphim, performed a moleben before it. He was suffering from cancer, expecting his death at any day. Afterwards, he prayed some more that God grant him the mercy of living to see Pascha, and suddenly sensed healing. He survived for another eleven years. This was the first miracle occurring through the icon in Russian Gethsemane. Others followed: the very dark, almost black icon brightened by itself, then began to stream myrrh, and those who came to pray before it often received healing.

Akathists were read before the icon every week. Once, during such a reading, Metropolitan Elias suddenly appeared in the church. Having seen the renewed icon and the nuns praying before it on their knees, he said “Now I understand why I had to give the icon, and why She wished to be here.” He then explained: once in a dream, Great Martyr Barbara and Great Martyr Catherine appeared to him and told him that the Mother of God desires that her icon be given to Abbess Maria, but the archpastor ignored the words. The martyrs appeared to them in a dream a second time, and then he decided to give a different icon of the Hodigitria, which was likewise very ancient—he dearly wished to keep this icon for himself. But when the great martyrs appeared to him a third time, saying that the Mother of God was displeased by his disobedience, Vladyka inquired and learned about Abbess Maria, and wrote her a letter.

The feast day of the Hodigitria of Gethsemane is marked on July 27/August 10, and, in accordance with tradition, the holy icon is taken on a procession of the cross throughout the entire convent, held in turn by priests and the nuns. 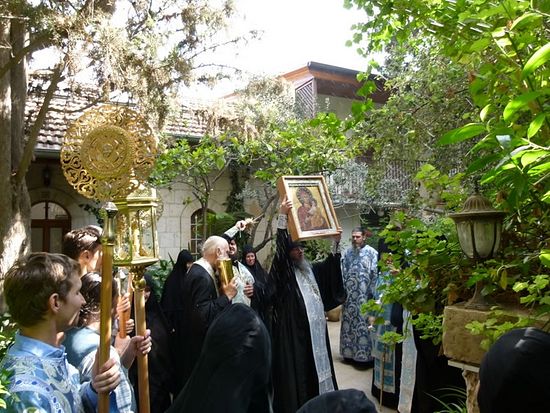 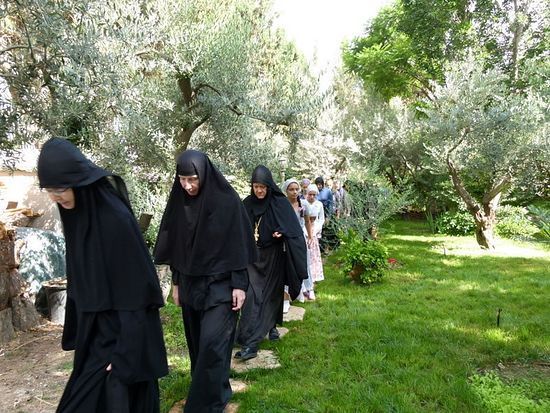 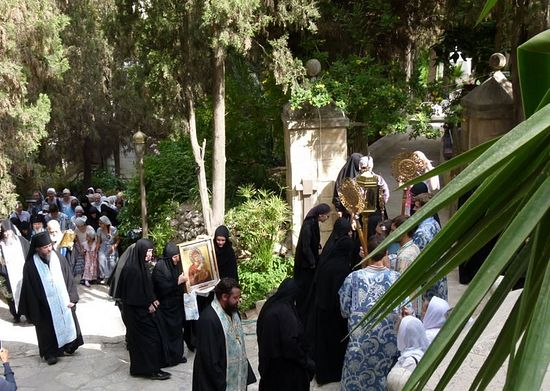 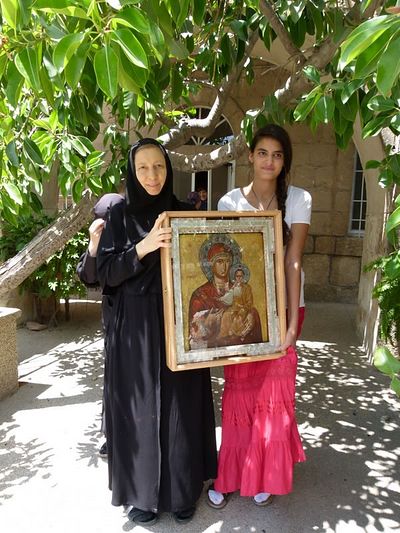 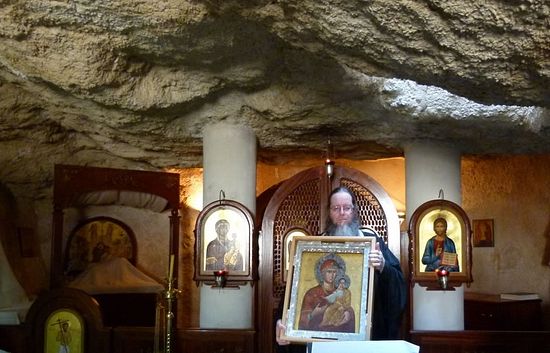 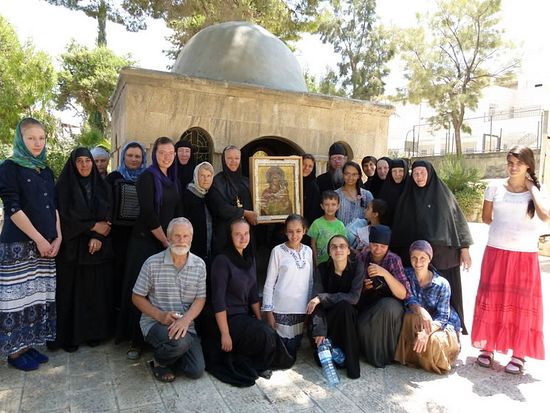 Vicente8/10/2018 7:50 am
Praying that all who celebrate and pray to this blessed icon of our holy lady theotokos “directress”, “quick to hear”; are healed of their ailments and guided toward the light and love of Christ Jesus. ~ Vicente
×