Bishop Christoforos of Karpasia has criticized “the Church of Scientology”, reports Interfax-Religion. 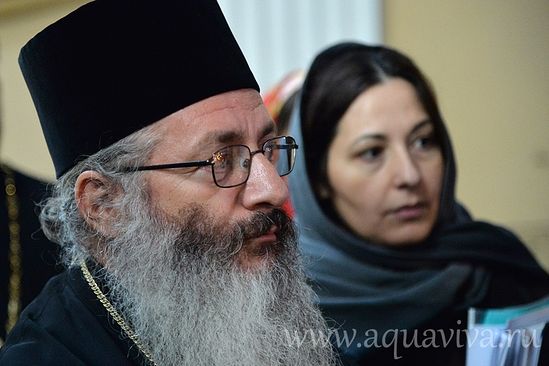 “What does is problem of scientology? Its followers are registered as corporations, philosophical and anti-drug centers, attempting to influence young people, to isolate them from their families and circle of acquaintances. Those people who are struggling againsts these sects are being persecuted; a war is waged against them,” said the hierarch to the journalists in the lobby after the international conference in St. Petersburg, dedicated to the study of religions and destructive cults.

According to the bishop, most of the sects “act under disguise”.

“They are aimed at the destruction of the human personality, but the Church with love and care wishes to guard and protect the dignity of people, to direct them to the right path of the search for hope and salvation,” he said.

In his turn, the prominent Russian anti-cult activist Alexander Dvorkin has related that one of the conference meetings was to be held at the legislative assembly building of St. Peterburg. However, as soon as this information appeared in the social networks, the city parliament “was attacked” by calls, letters and threats from the sect members. As a result this meeting was cancelled.

Several years ago, books by the founder of “the Church of Scientology”, the American science-fiction writer Ron Hubbard (1911-1986), were recognized as extremist in Russia; however, the organization itself continues to act freely. To Russia From a Scientology Victim
Gerry Armstrong

To Russia From a Scientology Victim
Gerry Armstrong
The universal problem with what Scientologists are doing to each other is their intention and system to eliminate or suppress people’s consciences, and their relative success in doing so. This generates a condition of functional psychopathy in which lying is easy and hurting others can be a point of honor. jeff drea9/26/2014 12:26 pm
thanks you for this statement this criminal organization falselkly called churchof scientology is not a religious group they are just here for money and domination
should read what hubbard the founder do think about christians and christ himself
http://youtu.be/fuEJ_q9iScw
×