The Merchants Association in Greece has secured Sunday as a holiday, despite the legislative act, adopted by the Parliament to make it a work day.

Metropolitan Amvrosios of Kalavryta addressed the clergy, calling upon them to be as brave as the merchants and to defend holy Orthodoxy by all accessible and lawful methods, reports Romfea. 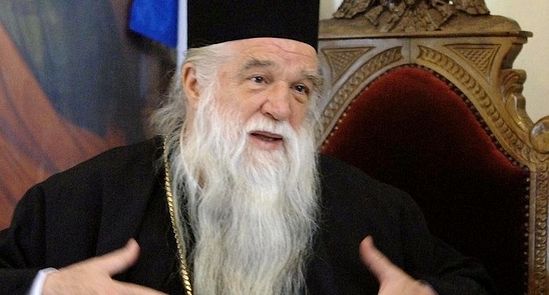 “The issue of making Sunday a work day has come up again. The atheist state of Greece by its legislative act, adopted at the Greek Parliament, abolished the holiday of the day of the Lord and obliged merchants to keep their shops open on that day. The measure was taken as a trial, in 7 regions of Greece.

When the bill was still under discussion, many opposed it, but not the Mother Church.

Workers organized rallies on Ermou Street in Athens. Merchants protested at the national level. Even the Merchants Association resisted the legislation. Only the voice of the Church was not heard in those days.

After all, the Association filed an appeal to the Constitutional Court. And won the case!

The Court by its ruling of September 11 declared the abolition of a day off on Sunday illegal and suspended the enactment of the law. The country’s highest judicial body recognized that a day off on Sunday was necessary for maintaining “strong family bonds and faithfulness to the Church.” Now, surely we breathe easy!

For, as soon as the vote for such a bill was announced, we asked to convene an extraordinary meeting of the Holy Synod. In order to give strength to the request, we sent out the demand to all the hierarchs for signature. And what then? We have 81 hierarchs, but only 15 (!) of them signed the paper!

Then I lost my heart. I asked myself: are there indeed so few hierarchs concerned about whether Greeks abide by the Divine Law or not? Are so many hierarchs really indifferent to observance of the sixth commandment of God Himself?

I have no objection: a social ministry is good, feeding the needy is great, but obedience to God is the first duty of the clergy and laity!

This indignation of the people has shown this time again that ordinary Christians have a deeper faith in God than me, a hierarch and monk, by definition dedicated to the service to Christ and the Church!

And this ruling sounded like a slap in our faces, or, to be more exact, like a blow on the back of our heads—on the heads of all of us, the hierarchs, and of mine first!

Now it is for us to apologize publicly, otherwise, there is no room for us at the Church administration! If we, on finding ourselves in danger, are running away from the responsibility laid on us by God, then we must hand over this great ministry to more courageous and daring warriors of Christ.

And I, a humble and unworthy brother in Christ, addressing myself to all the clergymen of the Church of Greece, senior and junior, monks and fathers of Holy Mount Athos, would like to ask them so that we might come out to our ministry, to our holy work, and defend holy Orthodoxy by all legal methods that we have at our disposal!”