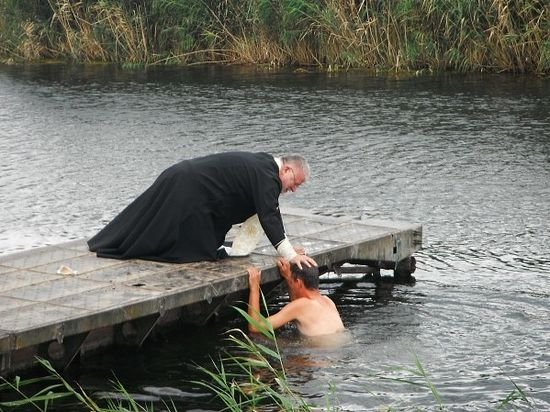 In the South military district over 300 conscript soldiers from the military formations and units stationed in the Volgograd region, have received Holy Baptism in the river Karpovka, reports Interfax-Religion.

“The Sacrament of Baptism was performed by chaplains of the military units of the Volgograd garrison during the summer training period at the “Trudboi” firing range,” reports the district’s press service. 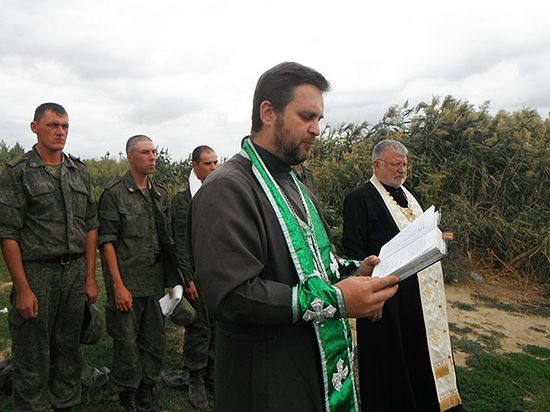 The Baptisms were conducted in an open body of water that opens into the local river.

A special platform was set up to enable the immersion. Crosses (to be worn on the neck) and prayer books were given out to the newly baptized servicemen.

It was noted that “In order to provide spiritual guidance for the personnel during the training period, the Church of the Don Icon of the Mother of God was erected on the firing range’s territory, which the soldiers can attend while off duty”.

Ten prayer rooms are equipped at permanent stations of the garrison units, each of them capable of accommodating up to 50 people. Liturgies, Baptisms, and prayer services are regularly celebrated and performed in them on Orthodox feasts and memorial days.

In the command authority’s view, the spiritual and educational work carried out by military chaplains has a very positive effect on the moral and psychological atmosphere of military teams and helps prevent wrongdoings. Number of Ethnic Yakuts Converting to Orthodoxy on the Increase
In the Yakutia Diocese more and more ethnic Yakuts are converting to the Orthodox faith. Yakutia is an extremely north region of Russian Federation.
Comments

Dr.Waldemar Kippes, Catholic priest in Japan10/26/2014 4:57 am
I thank you for sharing that JESUS is alive and the strength and meaning of following HIM. May HE be your friend and companion especially in times of inner conflicts and struggle.
Yours in JESUS CHRIST.