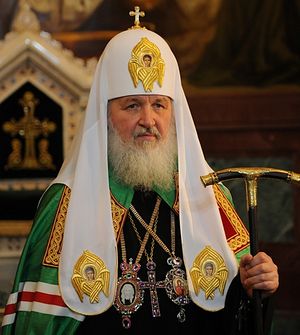 On October 9, 2014, His Holiness Patriarch Kirill of Moscow and All Russia sent a letter to Iraqi President Fuad Masum, expressing concern for the situation of Christians in northern Iraq. “Hundreds of thousands of Iraqi Christians and people of other religions have been forced to leave their homes”, the letter states.

Patriarch Kirill stated that “Christians in Iraq are in a state bordering on despair, with many of them abandoning themselves to the idea that they have to leave forever not only Iraq but the Middle East altogether, since they cannot feel safe in Iraq. The disappearance of Christianity in this old region will have disastrous consequences for the entire world community”.