Vladimir Putin: “In the Ukraine people are driven away from churches, but human rights activists are silent”

The Russian Federation’s president noted that in the Ukraine on the “holiday” of the Ukrainian Insurgent Army – “a nationalist and pro-fascist organization” – was officially celebrated, accompanied by calls for violence against the Russian Orthodox Church representatives. 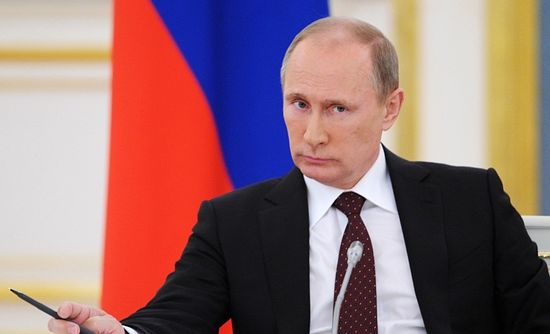 “The main tragedy is the estrangement between the Ukrainian and the Russian peoples. This is the greatest tragedy. And, given all the existent problems, we surely must search for a way to overcome this situation. Beyond a doubt, it must be done in collaboration with the Ukrainian authorities,” said Vladimir Putin at the meeting of the Human Rights Council.

The president has also expressed his indignation that the Ukrainian human rights activists were ignoring the persecution taking place there against the Ukrainian Orthodox Church of the Moscow Patriarchate.

“Now – today, yesterday – I learned through the media that there is an official festivity in honor of the Ukrainian Nationalist Organization—the Ukrainian Insurgent Army—this nationalist pro-fascist organization. And this is accompanied by calls for violence against representatives of the Russian Orthodox Church of the Moscow Patriarchate,” said Putin.

As the president stressed, “This is despite the fact that the Patriarch is doing his best to stop the fratricidal conflict.”

“The Church representatives really do very much, but they are being attacked—18 churches have already been taken away,” the Russian president related. “Where are advocates of human rights concerning the right to religious practice and worship? There is utter silence on this—absolutely nothing, as if all this is not happening”.

At the same time, according to V. Putin, “The people are driven away [from the churches], beaten up, suffer indignity and, on top of that, their property is confiscated.” Russian humanitarian convoy for Donbass to be prepared by Sunday Calls for seizure of Orthodox churches in Sumy

Calls for seizure of Orthodox churches in Sumy
Unlawful actions directed against the property of Orthodox communities have become more frequent in the Sumy region of the Ukraine. Port Arthur Icon of the Mother of God arrives in Lugansk

Port Arthur Icon of the Mother of God arrives in Lugansk
For the past 100 years it has been famous for its visits to many troubled spots, where Orthodox Christians offered up their prayers for peace to the Holy Theotokos.
Comments

dan10/17/2014 8:37 pm
https://www.youtube.com/watch?v=MPZPUom3d_M even this muslim old scholar tells the true about RUSSIA, PUTIN is a real man not a west satanist iluminatti
×