Wherefore putting away lying, speak every man truth with his neighbour:
for we are members one of another.
Eph. 4:25 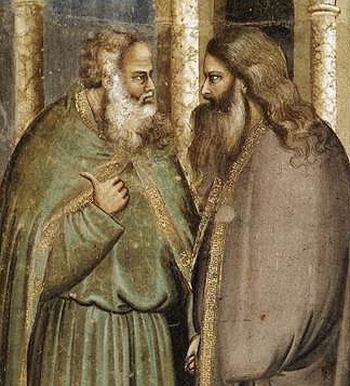 A lie is an intentional distortion of the truth. As the holy fathers explain it, a lie can be in thought, in word, or by one’s life. The source of lies is the devil:

He was a murderer from the beginning, and abode not in the truth, because there is no truth in him. When he speaketh a lie, he speaketh of his own: for he is a liar, and the father of it (Jn. 8:44).

We will cite several notes by St. Andronik on the sin of lying:

“Guard yourself from lies—they banish the fear of God from a person.”

“Lies are the old man, but truth is the new man. Truth is the root of good works, while lies are death (from the Patericon).”

“If we do not carefully conduct ourselves outwardly, then we will not be able to preserve the inner man. May lies not proceed from your lips.”

“Preserve yourself from lies: they banish the fear of God from a person; confess all your thoughts and deeds to your [spiritual] father, and God’s help will sign itself upon you. Force yourself to do your handiwork, and the fear of God will abide in you.”

From the book, Examples of unlimited humility: the Life and Teachings of Schema-Archimandrite Andronik (Lukash), ascetic of Glinsk Hermitage.