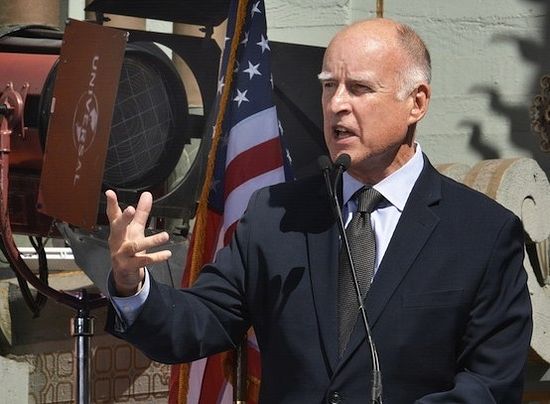 Back in August, the former Jesuit seminarian who now governs the State of California has had enough of those obstreperous Christians, says the San Jose Mercury News:

Spurred by faculty and staff outrage over the refusal by two Catholic universities to pay for elective abortions, Gov. Jerry Brown’s administration on Friday announced that health insurance companies in the state can no longer deny coverage for these procedures.

California’s Department of Managed Health Care, which oversees HMOs, issued letters to seven insurance companies saying refusing to pay for any abortion, whether medically necessary or not, violates the state constitution and a 1975 state law.

The department’s reversal from an earlier decision that allowed insurance companies to eliminate that coverage drew swift reaction from both sides.

“We welcome the department’s action in really enforcing what current California law is,” said Dipti Singh, staff attorney with the National Health Law Program. Over the last year, the non profit has worked with groups including Planned Parenthood and the ACLU to bring the discrepancy to the department’s attention.

“The faculty (at Catholic universities) has done a great job advocating for themselves and ensuring that their health insurance is comprehensive,” Singh said.

Understand what California is making churches and religious organizations do: pay for the surgical dismemberment of unborn children, even if the church believes it is murder.

UPDATE: Sacramento Bee columnist Ben Boychuk wrote about this earlier, highlighting the fact that this whole mess started because a group of faculty and alumni loudmouths were appalled that their nominally Catholic university acted, you know, Catholic. Excerpt:

Although I’d call myself a lapsed Catholic at best on a good day, my sympathies reside firmly with the traditionalist camp. Yes, they actually believe this stuff, and it’s a good thing, too. Religion can and does enrich society. Religious liberty, properly understood, doesn’t mean you are free to believe whatever you like as long as you leave it at the church door on weekends.

It would be a real blow to religious liberty if California prevails in forcing Catholic institutions to violate their most sacred beliefs. But it will prove far worse for a free and pluralistic society when the same institutions happily violate themselves. Hey Liberals: If You Want Birth Control, Just Go Buy It, No One is Stopping You
Look, I’m going to be diplomatic about this: every moment, modern American liberalism continues to plunge deeper and deeper into a state that can be charitably described as a dark and hellish insanity.