“There is a genocide of Christians in some of the Middle East states committed with tacit consent and, probably, even endorsement of the western powers,” stressed head of the Department for External Church Relations Metropolitan Hilarion of Volokolamsk, addressing himself to head of the Coptic Orthodox Church Patriarch Theodore (Theodoros) II of Alexandria at the meeting with the Russian minister of foreign affairs Sergei Lavrov. 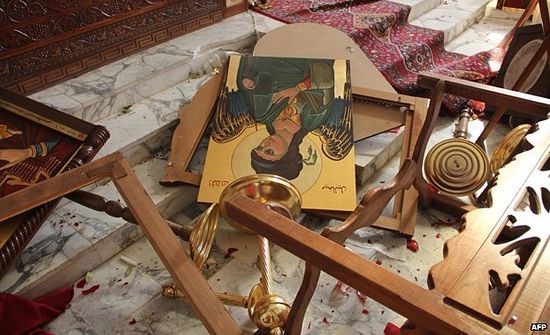 “Your Holiness,” said the metropolitan, “you have heard the international situation’s assessment by Sergei Viktorovich, including the actions of the western powers in the Middle East. These actions are characterized by double standards: on the one hand, the ideals of democracy are being proclaimed and, on the other hand, in the name of these ideals the western states are interfering in the situation of the Middle East countries, overthrowing their regimes. But after this nobody is concerned about the fate that awaits Christians in these countries following the meddling, what is going to happen there then.” 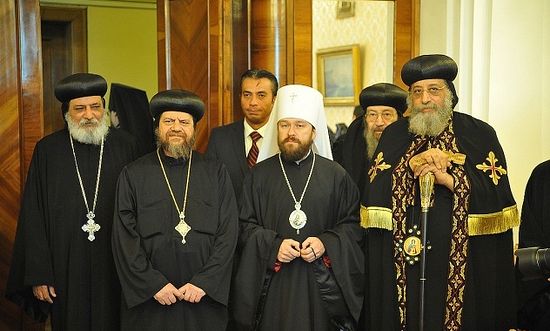 The Russian Federation is the only large state in the world to make defense of Christians a vector of strategy of its foreign policy, the hierarch noted. “I would like to assure you that our Church as well as our state are laboring together so that Christians should remain in the Middle East region and live in peace and harmony with representatives of all other religions,” Metropolitan Hilarion of Volokolamsk emphasized.

By the end of the talk Metropolitan Hilarion on behalf of those present thanked the Russian minister of foreign affairs for the meeting, reports the communication service of the External Church Relations Department. Pontian Greek genocide victims commemorated in Kuban
Repressions against Greeks and other Christian peoples took place systematically from 1908 to 1923. As a result, hundreds of thousands of Pontian Greeks were forced to leave their historical homeland in Asia Minor and to resettle in other regions. Many of them eventually found their new homeland in the Russian Empire and afterwards in Soviet Russia.
Comments
×