Support for Pedophilia may be Outlawed in Russia 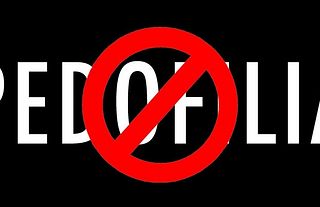 The first deputy of the Chairman of the Russian State Duma Igor Lebedev (Liberal Democratic Party of Russia) has come up with an initiative to make support for pedophilia subject to punishment. He is preparing a bill to make amendments to the “Information, information Technologies, and Protection of Information” federal law, as well as to the Russian Federation’s Penal Code, reports Izvestiya. In the view of the Parliament member, discussion, justification and calls for pedophilia must be outlawed and violators made criminally liable for it.

He proposes to make any information supporting pedophilia, including texts, photographs, drawings and so on, illegal.

The deputy noted that, in his view, lawbreakers must be made criminally liable for supporting pedophilia.

According to the present federal law, “The protection of children from information harming their health and development”, information “rejecting family values, promoting non-traditional sexual relationships and fostering disrespect for parents and (or) other family members” is illegal for children. The law provides for an administrative fine of “from 4,000 to 5,000 rubles; from 40,000 to 50,000 rubles for officials, from 800,000 to 1 million rubles or administrative suspension for a maximum of 90 days for legal entities” in cases of violation.

According to a number of public organizations that are monitoring the problem and struggling with pedophilia, existing laws are insufficient to counter effectively the numerous interest groups on social networks. The head of the center for monitoring exposure to dangerous and illegal content and assistant ombudswoman to the President of the Russian Federation, Anna Levchenko, has said that today there are a large number of such groups on the internet and it is virtually impossible to block them.

Groups of pedophiles on “VKontakte”, with thousands of members, are quite openly uniting people by interest and promoting the legalization of sexual relations with children. One of these groups alone has more than 100,000 subscribers. Another one has 50,000. And there are hundreds of such groups. Some of these groups have been removed by the social network administration at the appropriate time or blocked by Roskomnadzor (the Russian Federal Service for the Supervision of Communications, Information Technology and Mass Media) for posting illegal content, but twice as many similar groups immediately appear to take their place. It is impossible by law to block such a group for “propaganda”.

The monitoring center for exposure to dangerous and illegal content together with the “Surrender a pedophile” public movement have prepared the bill, currently placed as a public initiative on the “Russian Public Initiative” internet resource. It was this bill that became the basis of the draft law that is being developed by Igor Lebedev.