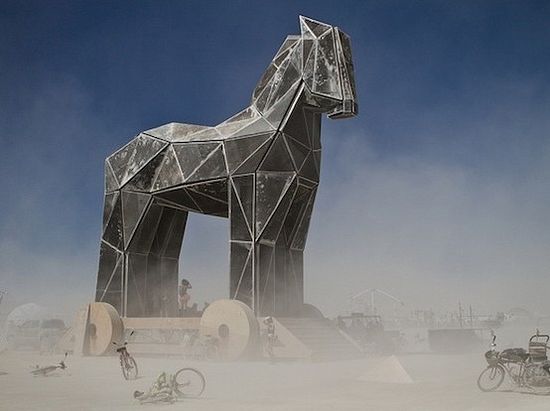 When I interviewed the Orthodox convert (from Catholicism) Hugh O’Beirne for my book Crunchy Cons, I was struck by something he said about the difference between the church he left and the one he had embraced. He said that one of the first things the Catholic notices when embracing Orthodoxy is that parish life ceases to be a culture-war/ideological battlefield between liberals and conservatives. Years later, when I followed him into Orthodoxy, I found that to be true, and very, very refreshing. Of course, I am a theological conservative, so naturally I would find comfort in that.

But this doesn’t mean that there aren’t any liberals within American Orthodoxy. It only means that there isn’t any strong basis for them to get a foothold and advocate for the kind of modernization that they would like to see. For Americans, Orthodox Christianity, an import from the East that never dealt with the Reformation and the Enlightenment, is a lot like the medieval city of Siena: it was too poor to tear down all the beautiful medieval buildings during the Renaissance, which is why now it is much lovelier than cities like Florence, which destroyed a goodly portion of its heritage as it modernized.

(Of course from a liberal point of view, the unmodern quality of Orthodoxy calls to mind Paris before Baron Haussman: a cramped medieval warren that would be greatly improved by clearing away the historical accretions and bringing some light, air, and reason to the landscape.)

Conservatives within Orthodoxy can point to the freefall of the Catholics after Vatican II as a warning against naive optimism in allowing for modernization in a world where (to quote Marx) everything that is solid melts into air. They may also look to the Episcopalians, where the jettisoning of tradition and the refashioning of their faith according to the values of secular modernity has coincided with the church’s steady collapse.

But Orthodoxy does not exist in a vacuum. It is a church made of up human beings who live in time, and it should not expect to avoid the controversies shaping the broader culture. In the Orthodox Church in America (OCA), there is awareness of a liberal vs. conservative culture clash between the old-line Orthodox in the Northeast and mid-Atlantic states, where Orthodoxy is historically and numerically stronger, but in decline; and the convert-heavy Orthodoxy in the South and West, which is the only place the OCA is growing. The key issue, as it always is: homosexuality.

Comes now Father Robert Arida, pastor of Holy Trinity Orthodox Cathedral in Boston (it’s an Orthodox Church in America cathedral), and a figure celebrated by gay Orthodox as a wise and compassionate priest who stands up to the Orthodox bishops on the question of homosexuality and Orthodoxy. In this essay posted on the official OCA website, Fr. Arida lays out his rationale for changing Orthodox teaching while making it seem like he is remaining faithful to Orthodox tradition. Excerpts:

To preach the unchanging Christ compels us to see that the orientation of our faith is not only the past but also the future. Proclaiming the never changing Gospel who is Jesus Christ in an ever-changing culture demands that we personally and corporately as the Church enter more deeply into the reality of the inexhaustible mystery of Christ the living and eternal Word of God.

The deepening of our relationship with God is simultaneously our Golgotha and Resurrection. It is Golgotha because, like our Lord, the dynamism of faith brings the Church and therefore us into the realm of loneliness and vulnerability. Like the Apostle Peter, we are called to walk upon the rough waters of culture ever keeping our focus on Christ. Our loneliness and vulnerability take us from the comfort and even smugness of familiarity which is dependent on the past. Golgotha leads us into the unknown – towards the eschaton – where we, here and now, begin to experience our Resurrection. Golgotha reminds us that we as the Church i.e. as the living body of Christ are responsible for taking upon ourselves the sins and burdens of the world. By moving into the unknown we have the possibility to deepen our relationship with God and those around us. As the Church living in time and space, we are called into the never ending mystery of Christ “who is all and in all.” (Col.3: 11)

If the Church is to engage culture, if it is to contribute to the culture and if it is to synthesize what is good, true and beautiful coming from the culture to further the Gospel then it will have to expose and ultimately expel the “new and alien spirits” that have weakened its authentic voice. Among these spirits are Biblical fundamentalism and the inability to critique and build upon the writings and vision of the Fathers. A tragic consequence of these spirits is a Christianity of ethical systems that usurp the voice of Christ and distort the beauty of his face. It is the saving and transfiguring voice and presence of Christ that we are expected to offer the ever- changing culture.

Got that? The “new and alien spirits” are converts who want Orthodoxy to remain itself. Those who want the church to maintain fidelity to moral tradition are to be painted as the interlopers who don’t understand Orthodoxy. To want to change to keep Orthodoxy in step with the secular culture is, in this view, to be faithful to tradition.

This is how “change” is sold within Orthodoxy. Fortunately, there are plenty of converts within Orthodoxy who came to it from the Episcopal Church, who know exactly what’s happening here, and who will fight it. Will they prevail in the OCA? Nobody knows. But the truth that Orthodox Christianity offered a respite from the culture wars ripping apart other American churches is fast becoming non-viable.

(Thanks to the reader who sent me the Arida essay.)

UPDATE: In the comments to the Arida essay, an Orthodox priest writes:

As I read this article, I was aware of many arguments that I have read before. Let me say firstly that it gives a general impression of culture as taking precedence over what has been received, and that that is an authentic Orthodox experience. I heard the same thing about liturgy in the western churches. I heard the same arguments in the Episcopal Church which ultimately led to women’s ordination, to acceptance of practicing homosexuality (which I am guessing is the real purpose of this piece), and other things that are not consonant with the Orthodox Faith. The argument from contemporary culture to validate any change in morality or theology is false from the beginning; it is the establishment of whatever zeitgeist should breeze through. The wrestling with Holy Scripture is NOT an equal struggle. The Scripture is given us to judge us and change our lives, not for us to find a new understanding of the ancient texts so that we may continue in a comfortable manner. It is true that Christ is the same yesterday, today and forever. Which brings up the article’s observation that we should look to the future as our guide. This is a red herring. We look to the eschaton, the Alpha and Omega who has already fully revealed himself and his own divine will. Our faithfulness to what has always been taught, given and practiced in the Church is necessary for our salvation. As to the question has the Churched changed through time? Indeed, but her morality has not. Her Faith in the Incarnate God and the Holy Trinity have not. The sterile union of two males, or two females, is iconographic of fallen man for they are sterile from the beginning. They cannot be an icon of the Heavenly Kingdom which is fecund and life-giving. Let us not stand behind academic obsfucation and speak honestly as in the day about what this subject truly is. Let us stand before the entire Church, not like a progressive political operative redefining and crafting terms to please oneself. We are in the Orthodox Christian Church and we must not only proclaim what has always been taught and believed, but speak plainly about it. No doubt I shall be called a fundamentalist, but that is such a hollow baton. It is used to scare people from standing firm in the tradition of the Church. The life of Christ is given to transfigure us into his likeness, not to validate our passions and sinfulness. Two clashing orthodox views of the past and future

Two clashing orthodox views of the past and future
The photo-op on Nov. 7 was symbolic and, for many, historic. The elder statesman was the Rev. Billy Graham, and rather than an evangelical superstar, the man who met with him at his North Carolina mountain home was Russian Orthodox Metropolitan Hilarion Alfeyev.

Conchita Wurst and the Final Emancipation
Roman Nosikov
The victory at the Eurovision contest of “bearded woman” Conchita Wurst has evoked stormy popular reaction ranging from ecstasy to utter disgust. The different sides are energetically discussing the event, and each other’s reaction to it.
Comments

Isidora6/15/2017 12:38 pm
More to the point: Why does OCA not defrock openly homosexual "priests" instead of providing them a parish full of ignorant people to mislead? The barn door was thrown open when the Pope's calendar was accepted in the 1920's and then enforced through violence. New calendar Orthodox don't have a leg to stand on when they try to claim they are "conservative Orthodox" and want to stop the innovations when it becomes really gross. St Paul said to KEEP THE TRADITIONS, but moderns of all degree fancy themselves sufficiently enlightened to pick and choose. The old pagan Roman religion that murdered pious Christians is being re-established before our eyes.

Gerasimos Kambites M.Div M.D. FRCPC11/18/2014 4:40 am
In the name of The Father and the Son and The Holy Spirit, through the prayers of the Most Holy Theotokos and all the God loving, Christ confessing Saints, Martyrs and Proclaimers of the Gospel. The entire insanity raised by the heretical Boston Priest is based on ludicrous false theology. The father of lies is the devil, and this alleged priest having been blinded is prepared to create a spiritual Gulag where all shall merrily dance their way into Anathema. This week a patient of mine who had been homosexually abused by Anglican monastics said the following.
In Homosexuality there is only blindness and darkness-there is no light and Christ is not there.
" if thine eye is blind, how blind shalt thou be.?" We who are Orthodox by askesis will be dragged before the insane judges of the peoples courts and proclaimed as unjust haters. We shall be jailed and crucified and mortified for telling the sick men and women that they suffer from disease. But Boston pseudo-Priest is so sick with prelest that he joyfully offers a chalice of death in the American culture of death. How can he stand at the Holy Altar? Why is he allowed to continue. He is Anathema; His Bishop is Anathema for not having the courage to stand up and defrock this spiritual judas. May God have mercy on all of us for we all come to the Holy Church as Sinners, but it is one thing to be a sinner and repent, and another to be a sinner and exalt in your passion.

Chstacterising Orhtodoxy in terms of "liberal" and "conservative" izs importing the very modernism that the author seems to deplote. Those categories are themselves a feature of modernity, and seeing Orthodoxy in those terms is characteristic of the modern mindset.
×