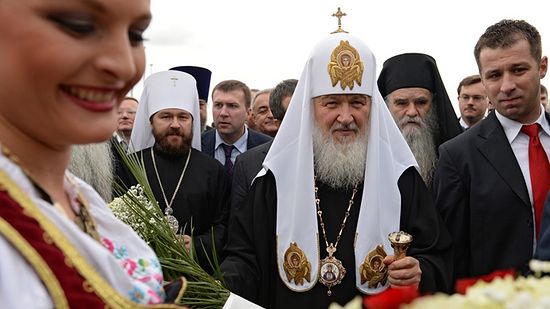 Europe has switched from being a Christian bastion to a locomotive destroying faith, said Patriarch Kirill, the primate of the Russian Orthodox Church, after his arrival on Friday in the Serbian capital of Belgrade for a three-day visit.

As he received an honorary degree at the University of Belgrade, Patriarch Kirill sounded the alarm over the rapid de-Christianization of European society, which "gave up on the fundamental Christian values in its life and activities.”

“Today, when the process of secularization, the denial of absolute truth, the elimination of the concept of sin from the public consciousness reaches unprecedented, apocalyptic dimensions, we regret to note that many European states have actually abandoned their Christian identity,” said the head of the Russian Orthodox Church, as cited by the Interfax news agency.

The recognition of gay marriage, euthanasia at the legislative level and the growing number of abortions indicate that Europe, which used to be a stronghold of Christianity, "has become a locomotive of destructive processes," said Patriarch Kirill.

During his meeting with Serbian president, Tomislav Nikolic, the head of the Russian Orthodox Church warned against attempts to manipulate history. 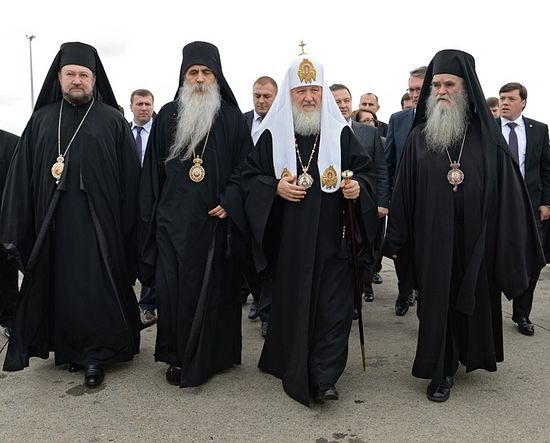 “History can’t be rewritten, although some in Serbia, the former Yugoslavia and former Soviet Union are trying to do it. And sometimes they teach children according to those adjusted textbooks, hoping that there will be a new generation that will forget about the pages of history, which are unfavorable in terms of the current political challenges,” he said.

He called such a course of action “a grave mistake,” stressing that “historical facts can’t be erased from people's memory, no matter how one rewrites them.”

Patriarch Kirill also expressed his concern over the violations of the rights of the Serbian population in Kosovo, which declared independence from Belgrade in 2008.

Serbia still hasn’t recognized the move, facilitated by aggressive Western backing, which still refers to Kosovo as its own autonomous province of Kosovo and Metohija.

“The Serbs should freely live in Kosovo and Metohija. No one should threaten them, no one has the right to destroy their monuments, their temples and monasteries. No one can hamper their movement and their ability to stay in constant contact with their families,” the cleric stressed.

‘Every Russian feels at home in Serbia.’

The trip is dedicated to the 100th anniversary of the beginning of World War I, when Russia and Serbia fought on the same side.

The primate of the Russian Orthodox Church is expected to honor the memory of Russian and Serbian soldiers, sanctifying a Russian necropolis and a monument to the last Russian tsar, Nicholas II.

The focal point of the visit will be a joint service by Patriarch Kirill and his Serbian counterpart, Patriarch Irinej, in the largest Orthodox Church building in the world – Belgrade’s Cathedral of Saint Sava – on Sunday.

“When a Russian man comes to Serbia, he feels truly at home. The common faith, common culture, common close historical ties, the common blood spilled in the name of common victories – all this unites our peoples,” Patriarch Kirill said, after landing at Belgrade’s Nikola Tesla airport. 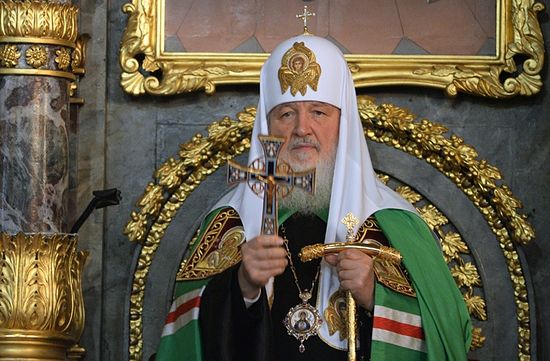 Patriarch Kirill of Moscow and All Russia during a ceremonial service at the Cathedral Church of St. Michael the Archangel in Belgrade. (RIA Novosti / Sergey Pyatakov)

The head of the Russian Orthodox Church also expressed confidence that the joint prayers and discussions, taking place during his visit, will help Russia and Serbia “march ahead with more confidence, holding hands and opening hearts to each other.”

Serbia’s Orthodox Patriarch Irinej welcomed Kirill at the airport, saying “we really want you to feel at home, among your own kind.”

Moscow and Belgrade have been close allies for centuries, establishing diplomatic relations in 1838 after Russia helped the Serbs gain independence from the Ottoman Empire.

In 1999, Russia strongly opposed the NATO bombing of Yugoslavia, which Serbia was part of, and did everything it could to prevent the military operation from getting UN authorization.

Russia is currently Serbia’s top economic partner, with the volume of trade between the two states estimated at around $3 billion. The two countries have also shared a visa-free policy for travelers since 2008.