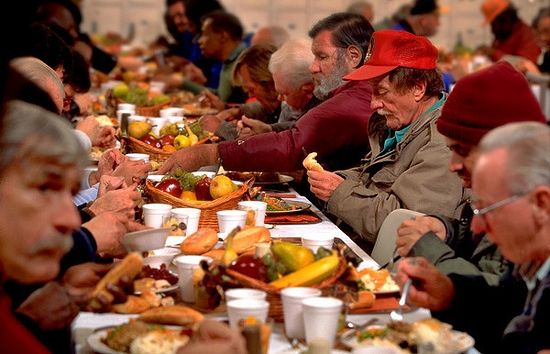 If you go to the self-help section of a bookstore, any bookstore, you see row upon row of books, all promising another method to change or fix how you think, feel or imagine. It is as though we were certain that our lives would be great if only we could think feel or imagine better than we do now. Even Orthodox titles can hold a certain promise: Our Thoughts Determine Our Lives(says a book on the teachings of the Elder Thaddeus). But all of this can easily be misleading. For first and foremost – we are our bodies.

We have a very strange relationship with our bodies. On the one hand, we spend large sums of money making them look good and we want them to feel good. Americans spend more money on health care (on average) than any people on earth. We eat like royalty (or overeat like royalty) and indulge sexual appetites in a manner probably unknown at any prior time. But for all that, we think that we are our minds. We have bodies, but we are our minds.

I saw a quote recently, falsely attributed to CS Lewis that said:

In truth, you are a body and you are a soul. What is difficult, if we understood, is the separation of the two. That separation is not natural (it’s called “death”). It is also incorrect to identify the mind with the body. Most of what we popularly mean when we say “mind,” is nothing other than the “sound” of the body. Emotions and desires are very much things “of the body.”

Orthodox Christianity is deeply physical, almost embarrassingly so in our modern culture. We enter the Church and immediately begin crossing ourselves, bowing and kissing. Before a word is spoken in the service, it is very likely that the priest or deacon is already walking about swinging incense. And the words themselves are sung rather than spoken, which gives language more of a physical than mental form.

What is going on?

Human beings are not angels. The Tradition refers to angels as the “Holy Bodiless Ones.” This rather non-angelic title (it sounds like the title of a sacred horror film) is a reminder that the Tradition thinks that the most remarkable thing about angelic beings is that they have no bodies – they are “pure intellect.” But, by the same token, the Tradition rightly understands that human beings are the “Ones with Bodies.” We are dirt. Before we are anything – we are dirt. We are dirt that God formed and we are dirt into which “God breathed.” But we are dirt. St. Gregory of Nyssa famously said, “Man is dirt that God has commanded to become a god.” But we are still dirt. And if we fail to remember this we fail to be truly human.

Christ’s approach to His disciples seems to have started with the most practical, physical aspects of faith: “Go, sell what you have, give to the poor, and come and follow me.” And He said this before He said anything else to them.

Christ did not say to His disciples, “Come follow me, and in time you will be able to give more of your stuff to the poor…” There is no gradualism in His approach. He begins with a command that is quite physical: you do it or you don’t. He said nothing to them about how they should feel about it.

He commands His disciples to give their stuff away. He does not tell the disciples to first love the poor or forgive them. That command comes later – but His initial approach is quite practical and physical. For the Rich Young Ruler who eagerly wanted to know what more he could do for his salvation, this very non-mental action was too much. He turned away from Christ.

But as we turn towards Christ, it is important that we turn our bodies. The rite of Baptism in the Church is dominated by physicality. It begins with the candidate facing West (the place of darkness – with no slight of the West intended). There are exorcisms and renunciations of the devil culminating in that most physical gesture – spitting! The candidate then turns to the East (for Christ is called the “Orient from on High”) and unites himself to Christ. He is then commanded to “bow down and worship Him!” And a prostration is made.

It must be noted that the point of Baptism is made in a most physical manner – we areimmersed beneath the waters – physically plunged into the death and resurrection of Christ! Prayer is equally physical. Orientation and posture (standing, kneeling, etc.) are considered essential in the fathers, as is the making of prostrations. Evagrius tells us that the “soul will follow the body.” If we would humble the soul, we do so by humbling the body.

The disciples began by giving. They did not wait until they felt like giving – they gave. And they gave radically. If you would follow Christ, then get physical. Give things away – including your money. As you begin to live your faith like a human being (truly physically) you will begin to see the transformation promised and described in the Scriptures. I remember a quote from Mother Teresa: “If I had not picked up the first child, I would not have picked up 40,000.” She followed the sure human path to the Divine Life. Sin and control
On Orthodoxy and eating disorders

Sin and control
On Orthodoxy and eating disorders
While I rejoice in the way shared meals can unite believers, as an Orthodox Christian in recovery from bulimia, I also find the Orthodox stress on food challenging. Eating disorders are rarely discussed within Orthodox parishes.