No bones about it: Faith endures 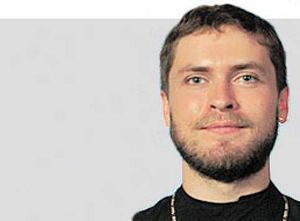 Last month, I kissed the bones of a woman dead some 1,700 years. It was the feast of St. Katherine of Alexandria, a fourth-century martyr for Christ, and my church was fortunate to have a portion of her relics visit.

This fragment of bone was among several physical remains in my church that day. We also have bones from St. Raphael of Brooklyn (a Syrian bishop who ministered to Arab Christian immigrants a century ago), and St. Konstantin of Merkushino (a Russian priest forced to dig his own grave before being shot by the Bolsheviks).

I suppose the idea of kissing bones must strike many as odd, so a word of explanation is in order. Why do something so macabre?

The answer begins with Genesis, and a god called Yahweh who, alone among deities, created matter and called it “good.” Other religious origin texts have the world being created as some sort of illusion, or prison, or inferior state. In such dualistic faiths, the spirit is good and the body evil. Not so with Yahweh, who created man in his own image and likeness, taking dust and breathing into it the Holy Spirit.

For this reason, his people, the Jews, treated the remains of their departed as sacred — not mere empty shells sloughed off, or prisons that souls broke free from. They declined to cremate, but buried the bodies of their dead with reverence, treating the holiest of them as talismans. The body of Joseph was carried from Egypt during the Exodus in solemn procession. The tomb of the Prophet Jonah in Nineveh (Mosul) was a site of pilgrimage, until destroyed by the Islamic State.

This respect for the body, as icon of its Creator, carried into Christianity — the faith of those who accepted Jesus as Messiah. Jesus rose from the dead in the flesh. And when he ascended into the heavens, he did so bodily. The mere dust we’re made of is enthroned at God’s right hand.

Jewish respect for the body became even more pronounced in the faith of Christ’s followers, who believed (with II Peter 1:4) that we can become “partakers of the divine nature,” and our flesh god-bearing. So early Christians carried away and treasured the grace-filled remains of their martyrs, like the maiden Katherine.

They celebrated the Holy Eucharist, the chief mystery of the Christian cult, on martyrs’ tombs and relics. They believed, as their descendants hold, that the prayers of the righteous continue to avail, even when they’ve passed from this life to the next.

So, bizarre or “pagan” as it may sound to some, kissing the bones of the departed is actually an inherently biblical, Judeo-Christian thing to do. Which is why my flock and I were so joyed to venerate the bones of a woman “dead” some 1,700 years, who’s arguably more truly alive than many of us still breathing. Let’s Get Physical
Fr. Stephen Freeman
We have a very strange relationship with our bodies. On the one hand, we spend large sums of money making them look good and we want them to feel good. We have bodies, but we are our minds.