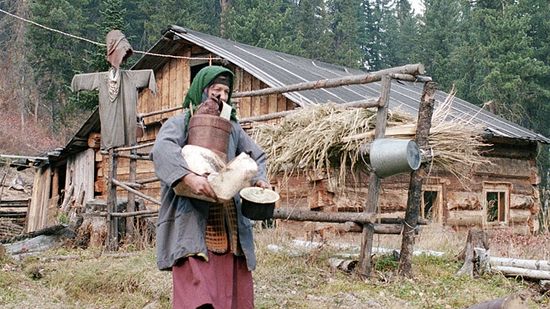 Agafia, who has been living in a Siberian forest her whole life, says she has no plans to move to civilization. When officials delivered supplies to the 70-year-old hermit, she said all she was afraid of was a fox stealing her food and killing her hens.

Agafia's lodge in the deep taiga, with the closest town being some 200 miles away, has recently been restocked with provision for the winter, regional officials said, according to Interfax news agency. Authorities delivered flour, grains, fruits and vegetables to the hermit, who has become famous throughout Russia since officials and the media took an interest in her.

The babushka, who is the only living survivor in a family of Russian Orthodox “Old Believers,” said she was not going to abandon her forest home. "It’s not allowed to leave the wilderness for the world," said Agafia, whose family fled civilization nearly a century ago.

Agafia's only trouble this season is the fox, who has been stealing and eating some of her food supplies for the winter. The wild animal had also killed several hens, she complained. 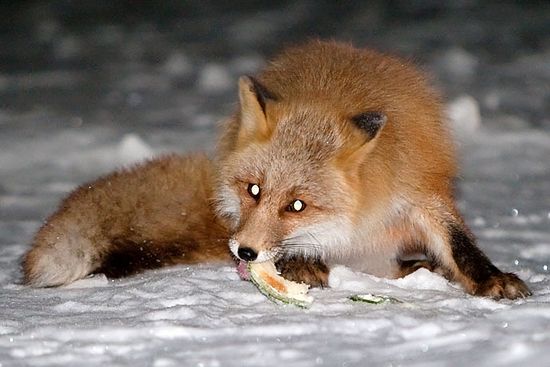 A couple of months ago, the hermit was bothered by a bear, who came close to her house, and Agafia had to scare it away by banging on an empty bucket.

Agafia's family, the Lykovs, were discovered by a group of geologists in Siberia in 1978. She was born in the wilderness after her family escaped other people due to their religious beliefs. Living on her own in the taiga, Agafia usually works hard and prays all day, with her only neighbor being an old geologist Yerofey, who came upon the Lykovs decades ago. Agafia has never left the forest, where she has preserved her ancestors' faith and lifestyle. Discovering Russian Orthodoxy: The Old Believers
Semyon Kvasha
RBTH presents a brief history of the Russian religious movement of the Old Believers, which appeared in the 17th century as an attempt to protest against the Orthodox Church's reform. Cynthia Price9/3/2016 2:59 pm
When i came upon the documentary of the Lykov family i was immediately awed and intrigued. What a wonderfully strong and faithful family. I find myself almost envious of the simple solitary life they led. Hard work is a good thing ,although most Americans may not agree. I feel ashamed of how convenient our lives are and how it has made us lazy and ungrateful.
I feel deep respect and affection for Agafia. I pray God continues to watch out for her. I read that she needs a helper. May He supply her with one if thats His will for her.I wish I was in good enough health to be that helper myself. I would love to meet this amazing woman and learn from her all the knowledge she has aquired in her life. I hope she understands how God has used her and her family's story to remind us who believe that God does watch over His children and keeps them, even in the harshest of environments. She is an inspiration of faith to us. God bless you Agafia. I know someday you will hear God say to you "well done thou good and faithful servant."
×