Patriarch Neofit Issues Christmas Blessing for Bulgarians across the Globe 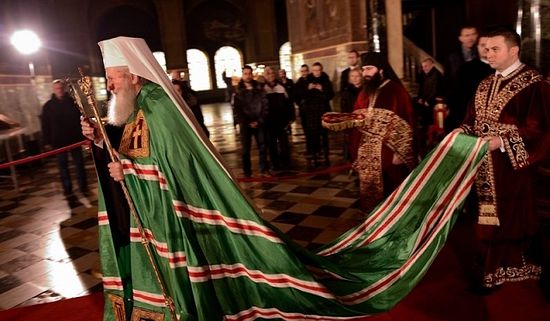 Patriarch Neofit, the head of the Bulgarian Orthodox Church, is serving the traditional Christmas Day service at the St. Alexander Nevsky Cathedral in Sofia.

Neofit is casting a prayer for good health and long lives and with a blessing to all Bulgarian Orthodox Christians around the world.

He has called for love and help for the sick and lonely and also for those lacking basic living conditions.

"Let us put our Christian faith and our Christian hope into action by thinking of those who Jesus did not despise - those wronged, humiliated and injured by showing them the greatness of Nativity and how it changes even the most hopelessly looking life" Neofit has said. Christmas Message of the Patriarch of Moscow and All Rus Kirill

Christmas Message of the Patriarch of Moscow and All Rus Kirill
Today, as we contemplate the mystery of the incarnation of God, we strive to understand what the meaning of this event is that happened two thousand years ago in Bethlehem and what relationship it has to us and our contemporaries. Nativity Greetings to New Calendar Churches
His All-Holiness Bartholomew; Archbishop Demetrios of America; Metropolitan Tikhon of Washington and All America; Metropolitan Joseph of USA, Canada, and Australia
We greet all those who are celebrating today the feast of the Nativity of Our Lord and Savior Jesus Christ in the Flesh!
Comments
×