The name of St. Porphyrios the Kapsokalivite has been added to the Russian Orthodox Church calendar for commemoration 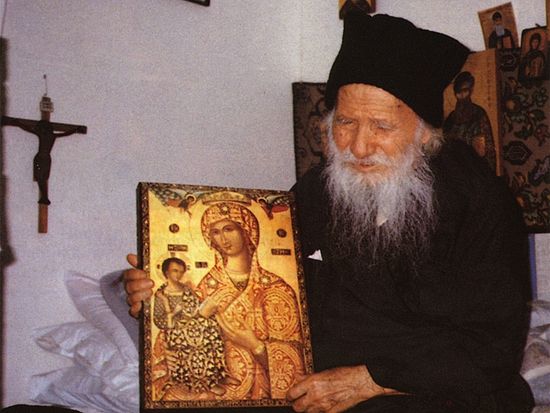 This year’s final meeting of the Holy Synod of the Russian Orthodox Church took place at the Synodal Hall of the official Patriarchal and Synodal residence in St. Daniel’s Monastery in Moscow under the chairmanship of His Holiness Patriarch Kirill of Moscow and All Russia.

The Holy Synod resolved “to include the names of Venerable Meletios of Ypseni, in Rhodes (the 19th century; founder of the Panagia Ypseni Monastery in 1855), Venerable Nicephorus (Nikephoros) the Leper (1890-1964; a wonder-worker, lived at the lepers’ home in Chios), and Venerable Porphyrios the Kapsokalivite (1906-1991) in the list of saints of the Russian Orthodox Church and to celebrate their feast-days on February 12, January 4, and December 2 respectively—as determined by the Ecumenical Patriarchate of Constantinople” (minutes no. 133). Athonite Elder Porphyrios the Kapsokalivite to be canonized
The feast-day of Venerable Porphyrios will be celebrated on December 2. Elder Porphyrios: "I Don't Like To Prophesy"
Hieromonk George Kaufsokalyvites
The Apocalypse has as its purpose to alert, and the way to avoid it is to serve the unity which Christ left to us as a legacy. This is the therapeutical treatment to the sick, because if the sickness progresses, the events of the Apocalypse will be the amputation caused by the physician when gangrene sets. The Elder would say: "Our time is like the time of Christ. Then the world had reached a terrible state.
Comments
×