A story for volume two of Everday Saints

In spring of 2014, Pravoslavie.ru published an appeal by Archimandrite Tikhon (Shevkunov) to readers with an offer to combine efforts and write the second volume of Everyday Saints. The site has received a large number of readers’ stories since then, many of which were published on the Russian sight. The hero of today’s story is a soldier who can really be called a hero: Alexander Petrovich Zhukov has been awarded the medal of the “Golden Star” as a Hero of the Russian Federation. Here is the astounding story of his courage and steadfastness in the faith.

You, too, are encouraged to send your stories to: kniga@pravoslavie.ru 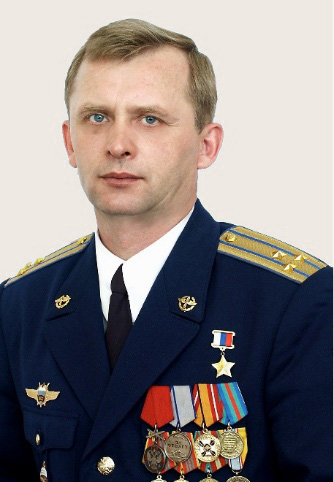 Alexander Petrovich Zhukov
I met Alexander Petrovich Zhukov in the same educational group (adult graduate school). He was modest a man of few words, above thirty years of age, with a medal of the “Golden Star” Hero of Russia on his suit jacket. We (his classmates) first noticed a remarkable character trait of his when he removed his mark of distinction before taking his session exams. It was “so that they would give me realistic grades,” he would answer simply when asked why. We never mustered the resolved to ask him about his heroism, but when we read about him in open sources we were convinced that he really was a Hero of Russia.

Winter, 2000. A counter-terrorist operation during the second Chechen war. A group of special forces fell under a fire storm, and only an immediate evacuation could help. The rescue operation was headed personally by the leader of the search and rescue service of military aviation for the Central Caucasus military region, lieutenant colonel Zhukov, who had already participated in scores of military operations (paratroop landings in the enemy’s rear to search and save the crews of downed fighter planes and helicopters, evacuation of encircled Russian divisions, gathering and removing the wounded), including in the first Chechen war.

After disembarking from the helicopter in order to organize a rescue operation, under conditions of increased firing and with the aim of saving the lives of those who they had succeeding in lifting onto the helicopter, he gave the command to depart, while he himself stayed behind.

In the zone being fired upon by the Chechen fighters there remained three on the ground—two rescuers and one special forces agent. They were wounded, and their ammunition was running out. Death seemed inescapable, but when an enemy hand grenade fell at their feet and didn’t detonate, they understood it as a sign from on high that their time had not yet come. They threw the few hand grenades they had left in the direction of the enemy and tried to escape, but having been seriously wounded they were taken captive by group of bandits, formed and headed by a Chechen fighter who was famous for his brutal revenge on captive Russian servicemen.

The prisoners were beaten, and deprived of food and water in order to break their will. Under threat of death they were offered the alternative of denying their faith in Christ and joining the Chechen fighters. They demanded that they condemn Russia’s policies in the Northern Caucasus. The “handling” was conducted almost non-stop.

He recalled later: “It seemed that I couldn’t go on, that I had no more strength. I prayed ‘Lord, strengthen my spirit, strengthen my body, give me the strength to overcome it all!’ And strength seemed to increase!... In the rural house that had been destroyed and where they took us, I found the Gospels. This was a real miracle…”

Only a month later was there an exchange of prisoners and Alexander Petrovich’s two comrades were handed over to the Russian forces. The fighters held Zhukov for almost three more weeks, passing him along from one group of bandits to another. In all he spent forty-seven days in captivity. 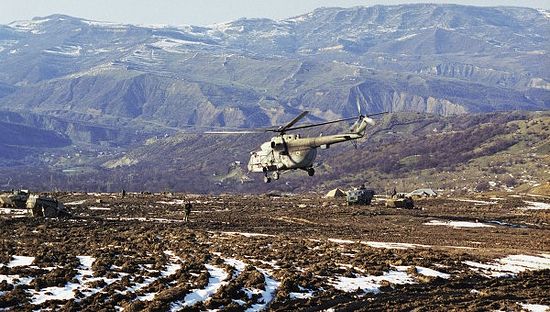 On March 20, 2000, the Russian forces began a storm of the populated area where the Chechen fighters were located. Pushed back, retreating through minefields, the fighters drove the prisoners ahead of them. At the front of one group was Alexander Petrovich. In the dark of night, awaiting death at any moment, he walked and prayed over the entire 400 meters of minefield. They got through the minefield, but in a little while they were blocked by federal forces. The fighter battalion was destroyed. Alexander Petrovich was wounded in the crossfire by four bullets in both forearms, the left foot, and in the chest. He fell on his back into cold water, which saved him from pain shock, and our soldiers found him there, barely conscious.

Half dead, now unconscious and in critical condition, he was taken by helicopter to the field hospital. In the hospital Alexander Petrovich’s heart stopped. Here is his personal testimony about this moment: “I found myself in a lighted tunnel, in a queue. The “shells” moved forward in the direction of a large hall, where the queue paused and some sort of decision was pronounced. ‘This one goes to Paradise!’ The queue moved again, and then another pause. ‘This one goes to hell!’ My soul began to tremble—‘Where will I go?’ When my turn came, my ‘shell’ moved into this enormous hall, which was also lighted. There was a pause, and then a voice sounded, ‘THIS ONE GOES ON STANDBY.’ There were three tunnels leading out of the hall. When my ‘shell’ moved through the tunnel, apparently reserved for those souls who were left on s tandby, some arms reached through the tunnel and tried to grab me. These were disfigured people grimacing from pain… Knashing…”

By God’s mercy the doctors were able to save Alexander Petrovich, after which he was sent to the emergency room of the central hospital of the Central Caucasus military region.

It was determined that he should survive, and now he is not only a witness to the existence of eternal life, but also an example of behavior of a real Christian, who remained steadfast in the faith despite forty-seven days of terrible tortures that can’t be imagined without shuddering, never mind actually enduring them. But he endured them. He endured because he fortified himself everyday with prayer to the Lord, Who each time showed His mercy and gave Alexander Petrovich the possibility to endure this trial; the possibility after eight months of the torturous process of recovery to refuse disability and return to the ranks of the Armed Forces of the Russian Federation; the possibility to say as he was being awarded with the Golden Star in the Kremlin, “Our life, our service belongs entirely to Russia and the defense of its interests. That is how it was, that is how it is, and that is how it will always be”; the possibility to become a grandfather; the possibility to concern himself with the patriotic education of the new generation; the possibility to personally tell of the Gospels, of his own meeting with God; the possibility let us know about a true hero of Russia, and a TRUE HERO OF THE ORTHODOX FAITH. Monastic prayer rescued shipwreck survivors near the Indian coast
This story was recounted by Mother-Superior of the Convent of the Nativity of Christ in the Vyatka Diocese, Abbess Theodosia (Dyachkova). Nigerian man survives 3 days at bottom of Atlantic
Dramatic footage shows the unlikely rescue of a ship's cook, who survived for almost three days trapped in an air bubble in his sunken ship.
Comments

Sally Iloff4/26/2016 9:55 pm
God our Lord tests our faithfulness but He gives us strength to overcome the test and become Lord's testimonials!
×