The civil New Year is once again upon us, and those who celebrage the Church feasts according to the Julian calendar are still on the Nativity fast. But that does not mean that we cannot rejoice and give thanks for the year passed, and look forward to the year to come. Pravoslavie.ru asked several priests of the Russian Orthodox Church how they celebrate New Year’s Eve according to the civil calendar. 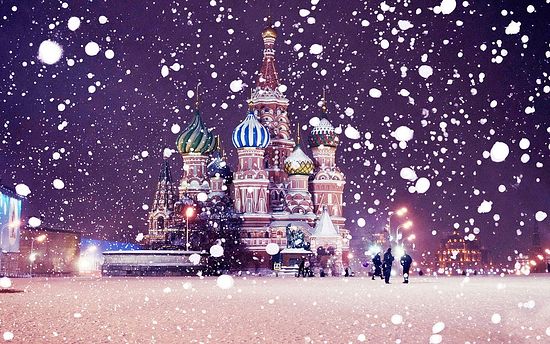 “God always tries to turn every evil into good for people.” 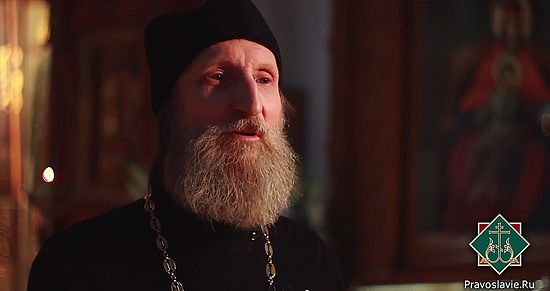 Priest Nicholai Bulgakov, rector of the Church of the Reigning Icon of the Mother of God in the village of Kratovo, near Moscow.

On January 1, if it falls on a weekday, we usually travel to the holy places of Moscow or Moscow region. You can’t think of a better day! This is the only day of the year when you can barrel down the road straight to the center of Moscow without a single traffic jam!

Early in the morning, when it’s still dark, we pray in the church for a travel blessing, get into a large bus and some cars and set out well-slept and fresh, not weighed down by abundant late-night eating, drinking, or merry-making, with a pure conscious and without breaking the fast. Not bad! Then we fly like an arrow, stopping only for the traffic lights, along absolutely empty streets and roads. Even the most zealous New Year’s Eve celebrants are exhausted by that hour, are fast asleep, and won’t be waking up soon. We fly from Zhukovskovo-Kratovo to the center of Moscow in forty minutes! We arrive in time for the Liturgy at the church or monastery of our choice, venerate the holy relics, serve a moleben with an Akathist, and then have time go to a second holy place, arriving back home by five in the evening!

On that day neither we ourselves nor our not very religious relatives pity us as being deprived of “normal” worldly joys. They have even joined us here and there on our amazing journey… The children also go with great pleasure—how could they resist going for a ride! So, we Orthodox have our joys!

Thus, in different years past we have gone to Kolomenskoe, to the miraculous icon of the Reigning Mother of God, to the Kremlin, to the Elokovsky Cathedral [of the Theophany, where are the relics of St. Alexis of Moscow], to St. Alexei Mechev on Maroseika, and to Butovo [the shooting field, where thousands of New Martyrs are buried and a church there is dedicated to the New Martyrs of Russia]. We have also visited Moscow monasteries: the Pokrov Convent, where there are the relics of St. Matrona of Moscow, the Donskoy Monastery, with the relics of St. Tikhon, Patriarch of Moscow, the Convent of the Conception… We have gone to the Holy Trinity St. Sergius Lavra and to the Chernigov Skete, to Khotkovo [where there are the relics of Sts. Kirill and Maria, the parents of St. Sergius of Radonezh], and to Radonezh…

Then, having prayed, we return home at dusk. Although there are more cars on the road by then, we still zoom back, joyful, fulfilled, to feast on our Lenten trapeza (people usually have abundant leftovers from their packed lunches!), open our thermoses of hot tea, and if it’s Tuesday or Thursday, then we have pirozhki or sweet rolls…

And thus we Orthodox suffer no deficit from a New Year’s Day wedged into the Nativity fast, and even receive benefit for our souls.

The Lord Himself always does it that way: He tries to turn every evil into good for people.

Glory to God for all things!

“Service to God and thankfulness to Him are important components of a person’s life.” 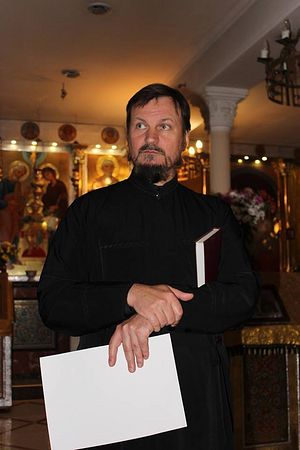 People adapt the world around them to themselves, and create comfortable sizes and measures. Some measure in inches, others find it easier to measure in centimeters. In some places it’s more convenient to weigh in pounds, in others, in kilograms. Units of measure, just like the measure of time, are more like pleasant symbols than something unshakable and categorical. That is why in antiquity the day began with the evening (or the morning), while today it begins at night with the conditional alignment of the clock’s arms with the number 12 on the clock face. We are surrounded by conditional things; we live with symbols that we create for our own convenience—and I emphasize, for our convenience. It is really not right to contrive some special honor or attention to them, because they can begin to take up too much space in our lives and distract us from the content: the meaning of life itself.

Therefore in our parish of the Holy Apostle Peter and Paul in Kiev, since 2002 we have always served an all-night vigil on the night of December 31 to the martyr Boniface and St. Ilya Murometz, and then a night Liturgy. Service to God and thankfulness to Him are important components of a person’s life, and the return to the course of honoring and being obedient to the Creator of all.

The original idea was that these night services would be held for people who live alone, who feel a natural discomfort over the fact that no one will come to see them on New Year’s Eve and no one will invite them over, but they won’t be able to sleep because of other people’s noisy parties. But as it turned out, families took great pleasure in coming to this night service! Every year the church began to fill up not only with lonely people, but also with those who prefer the conscious honoring of the Master of time and eternity over empty partying.

Then the tradition began to spread to other parishes in Kiev. And for three years now, the Kiev Caves Lavra itself has been serving these “New Year” night Liturgies. I think that this is the best way to spend this raucous and emptily frivolous night. And by the way, there’s less housework involved…

“New Year’s Eve is an excuse to spend the evening with the family.” 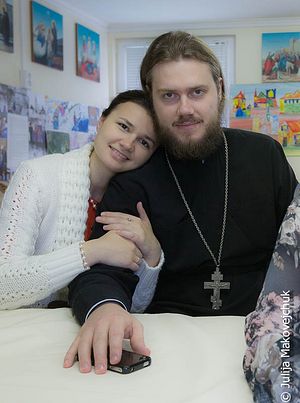 My spiritual father, Fr. Feodor Sokolov, told me that in his family they never celebrated New Year’s Eve. But when the children grew up, he offered them all to gather at one table on that event. This has always been and always is an excellent excuse for the whole family to get together around one table. Therefore, New Year’s Eve has only become yet another excuse to spend the evening with my family. We have a wonderful practice when we serve a Litia for our reposed relatives: We ask their prayers for us, give thanks for the passing year, and ask their prayers for the year to come, that we might spend it worthily. Then, against the background of the annual New Year’s comedy “An Irony of Fate” we set a modest festal table. At about 11:00, while the children are still awake, we sit down to the table. We have one lovely tradition. Each one that wants to is given the opportunity to tell about what has happened with him or her and what he or she accomplished during the past year. We can recall some interesting moments of life, talk with each other, and listen to the President’s speech. After sitting for a while at the table as a family, we like many other families go outside. In our neighborhood there is a spot where many people gather with their children and set off fireworks, watching the salutes. I don’t see anything wrong with children and adults getting together to have some fun on New Year’s Eve. Of course, if we are planning to go to services the next day will try to go to bed earlier.

On New Year’s Eve or during the first days of the year, when the roads are empty, our family, friends, and their families forma a large column and head for the Iveron Chapel [at the entrance to the Red Square in Moscow], give thanks for the past year and ask for strength in the coming year. The last couple of years we also went to Blessed Matrona of Moscow.

Homily on the New Year
St. Barsanuphius of Optina
I greet all of you gathered here with the New Year. I congratulate you with the joys that I hope the Lord might send you in the coming year. I congratulate you also with the sorrows that will inevitably visit you this year: perhaps today, perhaps tomorrow, or in the near future. Incidentally, do not be confused by sorrows or fear them. How Russians celebrated New Year before revolution
Christmas was a family holiday, mostly for children. On Christmas Eve, every self-respecting newspaper carried Christmas stories and verses in which the hero is miraculously saved from danger on Christmas Day. When and How Should We Celebrate the New Year?
Archpriest Alexander Shargunov

When and How Should We Celebrate the New Year?
Fr. Alexander Shargunov
A Christian lives in two dimensions—time and eternity. May God grant us in this new year to be worthy citizens of our Fatherland, both earthly and heavenly. No matter what trials await us on earth, if we are faithful to the Lord, He will once again prepare heavenly consolations for each of us on the feast of the Nativity of Christ.
Comments
×