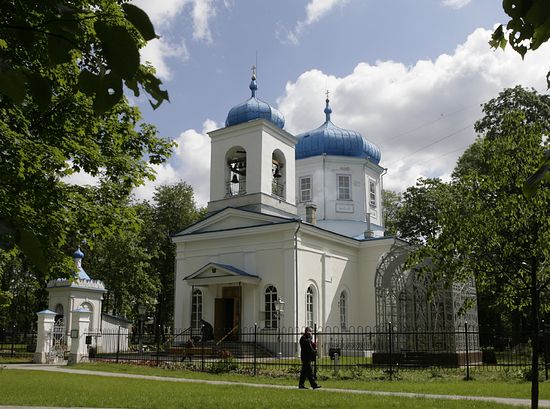 The mayor of the small Latvian city of Rezekne Alexander Bartashevich (Aleksandrs Bartasevics) has once again declared January 7, the day when majority of the Orthodox Christians celebrate Christmas, an official holiday, reports TASS.

Structural units of the self-government administration, institutions, and departmental administrations can use this day as a day-off. This decision was made in accordance with the Labor Law. The public holiday of January 7 should be worked off by the end of the current month.

The population of Latvia is about 2 million people, 350,000 of them being Orthodox Christians and Old Believers. The country’s parliament annually votes on the issue of the Orthodox Christmas, but each time the attempts to declare January 7 a national holiday fail due to the lack of support by the deputies.

Earlier the Latvian president Andris Berzins more than once stated that the Orthodox Christmas should become a legal holiday in Latvia.

Mayors of the Latvian cities Rezekne and Daugavpils, situated in the Latgale historic region which borders Russia, every year declare Orthodox Christmas their official holiday. The mayor of Riga Nils Ushakovs enacted a similar decree late in 2014 as well.

One fourth of Latvian residents consider themselves Orthodox
According to the results of a poll conducted by the Research Center for Study of Public Opinion (SKDS), every fourth Latvian resident considers him or herself Orthodox (25.6%). Latvian Orthodox clergy render aid to victims in Riga
On November 21, 2013, as a result of the collapse of the roof and the walls in the shopping center of the micro-district Zolitude of the Latvian capital, 53 people were killed and 40 injured, 29 of who have been hospitalized.