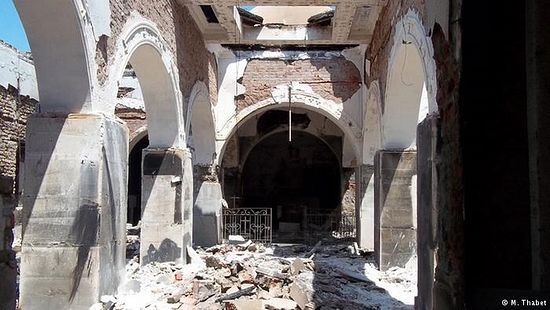 The Prince Tawadros Monastery in Fayoum, Egypt, was set on fire by protesters following the ousting of former president Mohammed Morsi and still stands in ruins.

Believers: attacked and killed; churches, schools and businesses: looted and torched - Christians are the most persecuted religious group in the world. Can Christians hope for the freedom to practice without fear?

Dirty rubble and grey ash lie in piles strewn across the floor. Bare, smoke-stained arches frame the clear, blue sky. Once upon a time a roof would have shielded the interior of the Prince Tawadros Monastery in Fayoum, Egypt, from the hot sun, but now it is gone, destroyed by flames just like many other Christian buildings across the country that were set on fire.

“People now pray in the ashes of the churches,” says Mina Thabet, a researcher from the Egyptian Commission for Rights and Freedoms and himself a Christian living in the North African country, who provided the photo of the scene described above. “The churches have been destroyed and praying on the streets can cause problems.”

The church was one of more than 30 churches around Egypt that were looted and torched, along with schools and businesses belonging to the minority Coptic Christian community in Egypt as part of attacks that followed the ousting of Islamist President Mohammed Morsi in July 2013.

“Coptic Christians had taken part in the revolution against Morsi because of a long history of violence by Morsi and his group,” says Thabet. He says that then Christians became targets of violence: “It didn’t stop in a particular area, it spread around Egypt. It reached it’s peak on August 14, 2013. We’ve witnessed a lot of violence against Christians.”

Egypt is just one of around 130 countries where Christians face persecution, according to a report released by the Evangelical Church in Germany (EKD) in 2013. Despite being the largest religion worldwide, it’s 2.2 billion believers are believed to be the most persecuted.

Despite the Middle East being the birthplace of Christianity, it has long-been one of the epicenters of persecution for the religion, where the population is estimated to have fallen from around 20 percent a century ago to around four to five percent.

Since the start of the Arab Spring in 2011, violence against Christians in the region has increased. In one incident in Egypt, dozens were killed as part of clashes between Coptic Christians, Islamists and security forces following protests against attacks on a church. 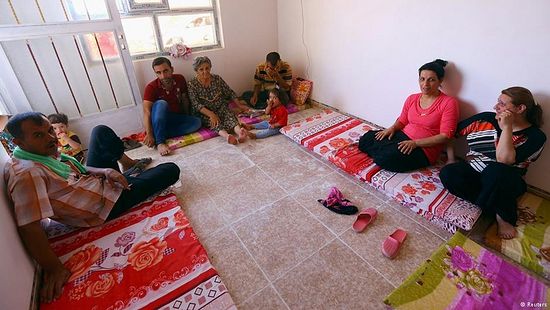 Christians have fled violence in parts of Iraq after being ordered to submit to Islamic rule or leave.

In Syria, once considered a haven for believers, sectarian civil war has seen Christians targeted and driven from their homes by extremist groups including the Islamic State, which also has taken hold in some regions of Iraq.

“Before their were no problems,” says one Syrian Christian living in Berlin, who asked not to be name for fear of repercussion. “We all lived together, and nobody asked if you were Christian or Muslim. But people started to ask and now all the Christians are afraid because they know what’s happening in places such as in al-Raqqa.”

Meanwhile, in Egypt, the violence of the past few years largely seems to have subsided. The election of President Abdel-Fattah el-Sissi into power in June, has brought stability back to the country - something for which many Christians in the country prayed.

But it is this support for the former general, a man many fear could take Egypt back to the dictatorship they left behind with the overthrow of former leader Hosni Mubarak, that also puts Christians in danger.

Georges Fahmi, a research fellow at the Lebanon-based Carnegie Middle East Center, says that while many Christians supported the uprisings against dictators such as Mubarak, and Bashar Assad in Syria, the consequent violence and conflict led some to ally with the leaders to return to stability. 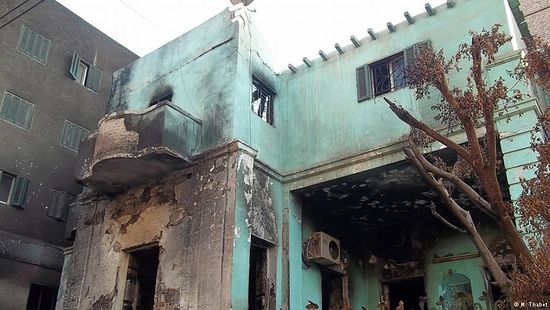 Churches were not the only buildings to be burned down in Egypt - a Coptic Christian orphanage also went up in flames.

“Many turned back to the churches, which supported security over freedom,” says Fahmi, specializing in religious minorities in the region. “At the beginning they joined [the revolution] hoping for a new regime for citizenship and human rights, but they are more sensitive and went back quickly.”

However, Thabet says that despite el-Sisi bringing stability to the country and an ebb in violence, the situation for Christians remains difficult. The religious minority is discriminated against and does not have the same rights as the Muslim majority.

“They [the authorities] can close a church and say it’s a threat to national unity...we’ve never been allowed to rebuild the churches that were burned,” he says. “And people are not allowed to convert to Christianity.”

It’s a situation that is mirrored in Turkey, where #forchristssake’s Petrus and others belonging to the Syriac Orthodox Church face discrimination because of their beliefs.

“When I’m at church, I’m okay. It’s life outside church that’s difficult,” he told Life Links reporter Anna during the episode. “I’m sad that I can’t study our theology outside the monastery.”

Still, it’s not only the Middle East where Christians face such problems. In Indonesia, the protestant Filadelfia Community’s pastor received death threats and blockades were erected to prevent them building a church. In Nigeria, Christians have faced increasing violence from the extremist Boko Haram militants, with dozens killed in attacks on churches. And in North Korea almost all Christians have been driven out of the country. 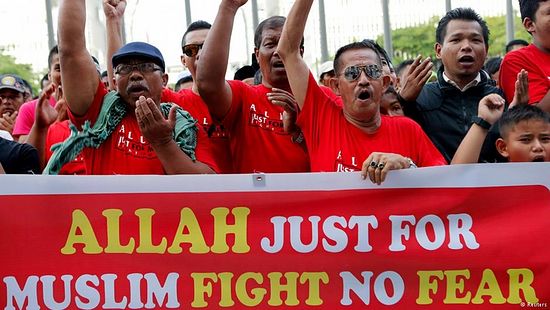 Muslim demonstrators in Malaysia campaigned for Christians not to be able to use the word “Allah” to refer to God. The country’s highest court decided in favor of the ban.

Meanwhile, in Malaysia, a mainly Muslim nation, the country’s highest court ruled in favor of a ban on Christians using the word “Allah”, the Arabic word for god to refer to their God.

Despite the worldwide threat to Christians, Thabet says in Egypt the community will continue to fight for better conditions for both itself and other minority groups.

“There’s a lot to do, but we have to start,” he says. “We’re not talking just about problems for Christians, but also for other minorities. We want freedom of belief and religion for all Egyptians that face discrimination.”

And Fahmi remains optimistic for a better future for Christians - at least in the Middle East.

“It will take time and won’t happen in the short time, but the situation can’t last long,” he says. “The regime failed...at a certain point [people] will need to think about how they can live altogether in a regime based on human rights and freedom.” At least 20 Egyptian Christians kidnapped in Libya
A priest and a witness say masked gunmen in central Libya have kidnapped 20 Coptic Christians from Egypt. Vicar General Interviewed Regarding Plight of Middle Eastern Christians
Archpriest Thomas Zain was interviewed by Jeanine Pirro of Fox News recently, about the plight of Christians in the Middle East. 2014 is bloody year of the Islamic State
Terry Mattingly

2014 is bloody year of the Islamic State
Terry Mattingly
Soon after his elevation to the Chair of St. Peter, Pope Francis warned that the world was entering a time when Satan would increasingly show his power, especially in lands in which believers were being crushed. The Orthodox Christian Network reports on 'Persecution of Christians: What You Should Know'