According to exclusive information from the Greek website Romfea, it became known today that the Patriarchate of Constantinople has begun the process of canonizing Elder Paisios. 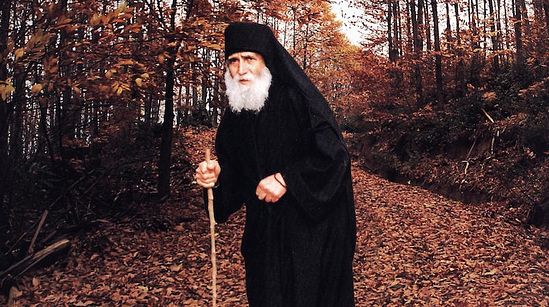 Now the official announcement has followed from the Holy Synod of the Ecumenical Patriachate concerning the inclusion of Elder Paisios among the ranks of the saints of the Orthodox Church.

“Today, Tuesday January 13, 2015, the Holy Synod has gathered for a session presided over by Patriarch Bartholomew. The subject of the session was a report by the Commission for the canonization of saints, in which it was suggested that Elder Paisios be included among the saints.

After careful study of the reported facts, the Synod unanimously included Schemamonk Paisios the Hagiorite among the ranks of the saints.

Patriarch Bartholomew and the Holy Synod. Elder Paisios: Defend the Christian Faith, the Family, the Church
St. Paisios the Athonite
Today there are many who strive to corrupt everything: the family, the youth, the Church. In our day it’s a true witness to speak up for one’s people, for the state is waging war against divine law. It’s laws are directed against the Law of God. 120,000 people visited the grave of elder Paisios the Athonite on the 20th anniversary of his repose
20 years ago (on July 12, 1994) the Athonite elder Paisios (Eznipidis) reposed. On July 12-13, 2014, a very large number of people came to commemorate the great ascetic of our times and to pray at his grave.
Comments