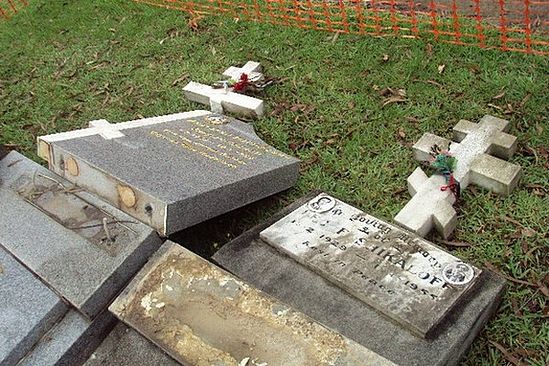 In February 2015 the administration of the Rookwood cemetery (Sydney, New South Wales) where in December 2014 vandals desecrated 76 gravestones, is to begin talks on restoration of the monuments, reports the Russky Mir (“Russian World”) portal. This has been reported by Russian ambassador to Australia Vladimir Morozov in his interview with RIA-Novosti.

“As far as we know, in February the cemetery administration is going to start discussing the parameters of gratuitous restoration of the burials with the relatives. We hope that as a result of this process the cemetery sections will have their original appearance fully restored,” the ambassador noted.

He has also informed that the police are currently continuing the investigation, but “the possibility of finding the real culprits is not very strong as no substantial evidence has been found”.

As reported earlier, on the night of December 10/11, 2014, unidentified people desecrated 76 graves in the Orthodox section of the Rookwood cemetery where remains of Russian and Serbian émigrés to Australia rest. The incident happened the day before the arrival to Australia of the Ukrainian president Petro Poroshenko.