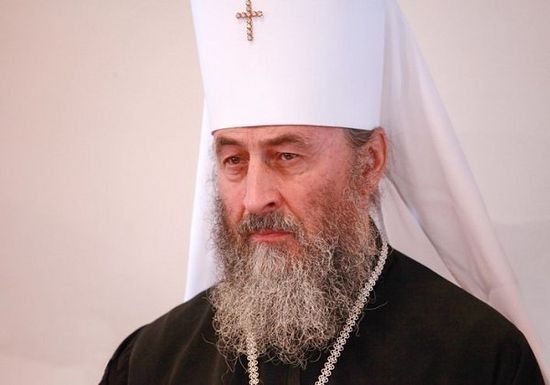 Metropolitan Onufry of Kiev and All Ukraine has called on all sides to the conflict in eastern Ukraine to stop the bloodshed.

“On behalf of the one-thousand-year-old Ukrainian Orthodox Church, I am urging everyone, who calls himself a Christian, to stop killing one another immediately. Because dozens of totally innocent civilians, women, elderly people and, most horribly, sinless children become victims of hostilities on a daily basis,” the metropolitan said in an appeal released on the occasion of the anniversary of the events at Maidan Square in Kiev (February 18-21, 2014), and posted on the MP UOC website.

The Church, together “with thousands of widows and orphans and inconsolable mothers of the best sons of Ukraine who were killed in the east of our country; together with all the needy and the maimed, together with everyone who lost their home” is praying God for wisdom and Christian love for everyone “who have the power to stop this terrible bloodshed,” the primate said.

“We are tirelessly praying for God to bring long-awaited peace to Ukrainian land,” Metropolitan Onufry stressed.

Given the current domestic situation, the The Ukrainian Orthodox Church has canceled all festive events held by tradition on the Maslenitsa (Mardi Gras) week which falls on February 16-22 this year.

“I am asking representatives of the arts and culture industry, to mass media, to all fellow citizens to join this initiative. Now is not the time for fun and entertainment,” the leader of the UOC stressed. “The security of churches in the Ukraine is a guarantee that the ceasefire is being observed”
The representative of the Church has expressed his serious concern over the reports of seizure of the Church of Exaltation of the Holy Cross in Bolshaya Sevastianovka (Velyka Sevastianivka) village of the Ukraine’s Cherkasy region on February 12 by extremists.