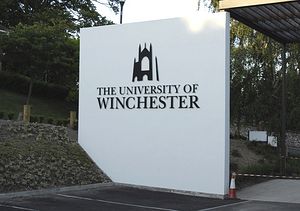 During his visit to the University of Winchester (UK), Metropolitan of Volokolamsk Hilarion, who is also the chairman of the Department of External Church Relations of the Patriarchate of Moscow, stated that contradictions between Orthodox Christians and Protestant Christians become more sizeable every year, reports The Christian Telegraph in reference to newsru.com.

"It seems that we should expect an essential rapprochement of positions after many decades of interchristian dialog. Meanwhile, the rapprochement did not happen... On the contrary, today contradictions between Orthodoxs and Catholics, on the one side, and Protestants, on the other side, become more sizeable, than it were 50 or 70 years ago," RIA Novosti cited the Metropolitan's words.

According to him, today these contradictions between Christians of different denominations refer not only faith questions, but the morality sphere also - "the sphere, where Christian testimony can be unified, regardless of faith disagreements."

"Today, it becomes harder to speak about one system of spiritual and moral values, accepted by all Christians in the entire world. Today, different communities show different version of Christianity," Hilarion noted.

From this point of view, he underlined, that all present-day Christians can be divided into two big groups - traditional and liberal. "Now, a precipice separates not Orthodoxs and Catholics, or Catholics and Protestants, but 'traditionalists' and 'liberals.' Some Christian leaders assert that church should become 'inclusive' to recognize alternative behavior standards and bless it officially," said the representative of Patriarchate of Moscow.

According to the Orthodox Church, as Hilarion shared, the issue is not in old-fashioned 'traditionalism,' but in the faithfulness to God's revelation, which is contained in the Scripture, and so, about the authenticity of Christian evangelism.

4 Things That Are Not Reasons I Became an Orthodox Christian
I became Orthodox for love of the truth of the God-Man, Jesus Christ, His Paschal Mystery, and the salvation found in Him.
Comments
×