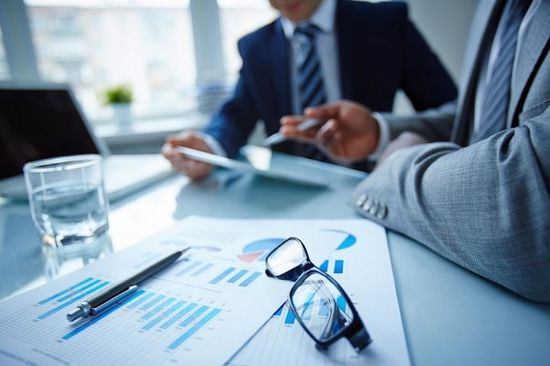 Last month I wrote a short post responding to a New York Times editorial. The NYT piece applauded the mayor of Atlanta for firing a Christian fire chief because he self-published a Christian book that contained a few comments endorsing traditional Christian views on sexual morality and handed out a few copies to colleagues and co-workers who’d expressed interest.

Despite the fact that he’d never mistreated LGBT employees, the Times strongly endorsed his summary dismissal:

But he and his sudden coterie of supporters have it backward. This case is not about free speech or religious freedom. It is, as Mr. Reed said at a news conference, about “making sure that we have an environment in government where everyone, no matter who they love, can come to work from 8 to 5:30 and do their job and then go home without fear of being discriminated against.”

Late last week, Chief Cochran filed suit against Atlanta, and the complaint – drafted by my good friends at the Alliance Defending Freedom — makes for interesting reading. According to the sworn allegations, Chief Cochran not only hadn’t discriminated against LGBT employees, he’d taken affirmative steps to seek the input of representatives from multiple constituencies, including LGBT employees, when he drafted a document called the Atlanta Fire Rescue Doctrine, a document that helped articulate the department’s “vision, mission, and governing philosophies.”

Moreover, in the truly critical aspect of the department’s work — fire and rescue — Chief Cochran’s work was beyond reproach. In 2012, he was awarded Fire Chief of the Year, and the Mayor issued a statement lauding Chief Cochran’s accomplishments:

Under Chief Cochran’s leadership, the department has seen dramatic improvements in response times and staffing. In July, the department reached full staffing of four firefighters per engine and zero vacant firefighter positions for the first time in the history of the department. The department also reached a new level of responsiveness on fire emergencies, meeting the National Fire Protection Association Codes and Standards for response coverage 81% of the time, up from 65% in 2010.

In other words, the Chief not only went beyond legal requirements to solicit LGBT employee input when drafting department doctrine, he was performing his core job function at the highest levels. Yet the Times claims he had to go — in part because he allegedly “failed to get approval” to publish his Christian book. Yet, according to the Complaint, Chief Cochran specifically contacted the City of Atlanta’s Ethics Officer inquiring whether he could write the book and whether he could — for autobiographical purposes only — identify himself as Atlanta’s fire chief in the “about the author” section. She not only consented on both counts, she asked for a copy of the book when it was complete.

Further, he shared the book at work with only a small number of individuals — three “command level” members of the department, and to a select few that he knew shared his faith or had asked for copies. He even shared the book with the mayor months before any public controversy, and the mayor did not comment or complain about its contents.

No one at the Fire Department claimed that the book violated their rights, and no complaints were made against him within the Fire Department. Instead, an unknown individual shared the book’s few comments about sexual morality (expressing the orthodox Christian view that sex is reserved for marriage) with an openly gay Atlanta council member, who contacted the City’s human resources commissioner. Four days later, the city suspended Chief Cochran, without pay. At the conclusion of his suspension, the mayor fired the chief.

Yet in terminating Chief Cochran, the mayor apparently disregarded the Atlanta Code, which not only contains specific notice requirements, it requires progressive discipline for defined offenses and allows for a right of appeal. All of these rights were denied Chief Cochran.

An outstanding fire chief — a man never accused of discrimination and who’d gone out of his way to solicit the views of diverse voices — was fired on trumped-up charges, in violation of Atlanta codes (not to mention the Constitution), because he dared express orthodox Christian views on sexual morality. And most of the Left applauds.

In the world of the Times, of the City of Atlanta, and of vast numbers of the intolerant Left, “religious freedom” is nothing but a freedom to “believe.” It is not a freedom to speak. Only one side can be heard. As for the rest of us? We just need to shut up and learn our moral lesson.

If Chief Cochran can prove his allegations — and if a Court rules in his favor — will the Left revise its view of the case? Or will it argue for more censorship, that our core constitutional liberties must be narrowed to further constrict religious speech to protect the sensibilities of politically favored groups?

I suspect we know the answer. US Names First Global Envoy for Homosexual Agenda
The United States is naming its first international envoy for homosexual rights. This is a historic event, because no nation, even the United Nations, has ever appointed a homosexual ambassador for global homosexual rights. Christian day-care worker fired after refusing to read pro-gay books to children
A Christian child-care worker has been added to the growing list of workers who are discovering that their faith is no longer tolerated in polite society, she alleges.
Comments
×