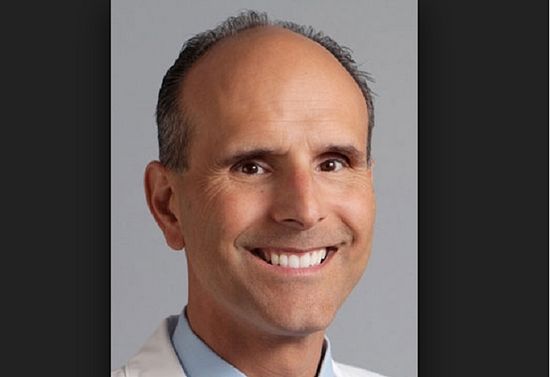 Advancements in science and medical technology have proven to be great gifts to the pro-life movement time and time again. Doctors are able to routinely deliver premature babies at earlier and earlier stages of development. Innovations in sonogram imaging have provided a window to the womb enabling expectant mothers to see their unborn children face to face. We also have the ability to hear the unborn baby’s tiny heartbeat.

These glimpses at the baby’s humanity have inspired countless numbers of mothers to reject abortion and choose life. However, until now, once a pregnant woman selected a chemically-induced abortion, there was little hope that the unborn child would survive.

Now, a new medical advancement is saving lives in a previously unimaginable way. Dr. George Delgado, medical director at the Culture of Life Family Health Care in San Diego, California, has been instrumental in developing a technique to reverse what was the inevitably fatal effect of the RU-486 abortion pill.

Dr. Delgado’s story began when he received a call from a friend in El Paso, Texas, who informed him about a woman who had taken the abortion pill but immediately regretted the decision.

At the 2015 American Association of Pro-Life Obstetricians and Gynecologists (AAPLOG) conference, Dr. Delgado told attendees, “I started thinking about my years of experience with progesterone, and how I’d used progesterone to try to prevent miscarriage.” The protocol calls for taking the injectable progesterone as soon as possible after taking the mifepristone.

Dr. Mary Davenport, another pro-life physician at the forefront of this new innovation, explained how chemical abortions involve two drugs:

“Medical [chemical] abortion is actually performed in early pregnancy with TWO pills, the first – RU-486 – mifepristone or Mifeprex, antagonizes the hormone progesterone, which is necessary for pregnancy. This cuts off the nutritional supply to the pregnancy, ending in the unborn baby’s death. One or two days later the woman takes a second pill, misoprostol or Cytotec, which causes uterine contractions and expels the pregnancy. Medical abortion is frequently a horrible experience for the women, lasting up to 2-4 weeks with nausea, vomiting, diarrhea, hemorrhage, and intense pain.”

The reversal attempts to counteract the first drug, mifepristone, before the second one, misoprostol, is ever given.

“I thought, well, maybe we can out-compete [mifepristone] at the receptor [using progesterone],” he said.

At a press conference held at the National Press Club, AAPLOG physicians reported that as of the end of 2014, 78 babies have been born after abortion reversal treatment, with 45 women still pregnant, a 57% success rate out of 223 attempted reversals.

One success story is Andrea Minichini, her boyfriend Chris Caicedo, and their son Gabriel David. Minichini, though still wrestling with the decision, took the first abortion pill, mifepristone, while the abortionist at Planned Parenthood cheered her on.

Instead of taking the second pill the next day, which would induce contractions, she began to look into ways to stop the death of her unborn child. Not surprisingly, the abortion center staff was no help. A local hospital informed her that if she carried the baby to term, he would face severe health issues.

A Google search led her to Dr. George Delgado in San Diego. On December 31, 2014, she delivered a healthy baby boy they named Gabriel David.

“Obviously women are changing their minds and interested in options,” said Delgado.

As noted, Dr. Delgado’s innovations have already saved 78 young lives. And that is just the beginning! AAPLOG recently unveiled a new “Emergency Abortion Pill Reversal Kit,” which they would like to see placed in emergency rooms and urgent care clinics nationwide.

Dr. Davenport observed that there are approximately 200,000 chemically-induced abortions annually in the USA. ‘Thou Shalt Kill,’ Commands California
Understand what California is making churches and religious organizations do: pay for the surgical dismemberment of unborn children, even if the church believes it is murder. ‘He killed my baby, he killed my baby!’: The day I lost my daughter to the Culture of Death
It was two days before my seventeenth birthday, a Saturday morning, the day after a football game in which I’d played. So I was tired and sore, but I could smell breakfast coming from downstairs and somebody was walking up the stairs. I was half asleep. The door opened: it was my girlfriend, I smiled, of course—but from the look on her face I could see that this wasn’t called for. This was a serious moment. I steeled myself.
Comments
×