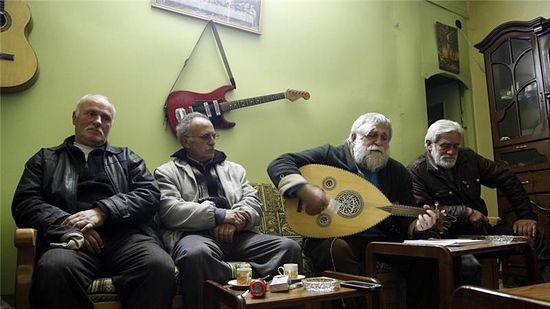 In a succession of heinous and murderous acts, now culminating in the abduction of 90 Christians in Syria, ISIL manages to keep itself afloat on top of world media.

"The Syrian Observatory for Human Rights," according to an Al Jazeera report, announced that the "abductions took place after ISIL seized Assyrian villages from Kurdish forces".

Since the appearance of the murderous menace of ISIL on the political horizon of the Arab and Muslim world, they have targeted Christians for systematic persecution. The condition of Christians in Iraq is particularly dire.

"Since 2003 when Saddam Hussein was ousted," according to a New York Times report, "Mosul's Christians, one of the oldest communities of its kind in the world, had seen their numbers dwindle from over 30,000 to just a few thousand, but once ISIL swept into the city in early June, there were reports that the remaining Christians had fled."

As early as December 2010, the New York Times had also reported that "a new wave of Iraqi Christians has fled to northern Iraq or abroad amid a campaign of violence against them and growing fear that the country's security forces are unable or, more ominously, unwilling to protect them".

The news of this particular abduction in Syria is especially frightening in light of the fact that some 21 Egyptian Coptic Christians were brutally murdered by the same group in Libya.

The key question is why are Christians targeted for these mass abduction and slaughter by ISIL?

First: Copts in Egypt, and Assyrians and Armenians in Iraq and Syria are among the oldest Christian communities in the Arab and Muslim world. ISIL targets Arab Christians in order to tear into the fabric of societies such as Syria, Iraq, or Egypt where in the course of post-colonial nation-state formations these societies have become a mosaic of old and new, Islamic and non-Islamic, sacred and secular, group affiliations and have thus enriched their cosmopolitan culture, to which these homicidal gangs are a sworn enemy.

Second: This murderous exhibitionism is to provoke violent sectarianism in the Arab and Muslim world. It is not just the Christians that ISIL targets. They also target the Shia Muslims, the Yazidis, the Kurds, etc. All such attacks are designed to instigate sectarian violence to dismantle otherwise worldly revolutionary uprisings we have known as the Arab Spring.

ISIL is the most potent culmination of all counter-revolutionary forces in the Arab and Muslim world. The ruling Arab regimes are the primary beneficiaries of the sectarianism that ISIL provokes. Coup leaders like Abdel Fattah el-Sisi and mass murderer tyrants like Bashar al-Assad now appear as national heroes.

Third: They mark and attack Christians in order to provoke both the ruling tyrannical regimes and the US and EU to intervene so that their actions become self-fulfilling prophesies; that the war they are waging is between "Islam and the West". There is nothing farther from the truth. ISIL facilitates, legitimises, and exonerates all US and EU military interventions in the Arab and Muslim World.

There is an aggressive racialisation of the term "Christian" in the global media, as if these Christians that ISIL targets and murders are Europeans. They are - with very few exceptions - all Arab Christians.

ISIL is first and foremost the most viciously deadly machinery mobilised against Arabs and Muslims. The dominant media has successfully turned them into a threat to "the West". Targeting Christians is specifically designed to exacerbate that illusion.

Fourth: ISIL fighters target Christians, Yazidis, women, children, and the elderly because they have been severely defeated, humiliated, and exposed for the sham that they are, and thus discredited in Kobane by Kurds.

These cruel attacks are designed to camouflage that fact and keep them on the top of the news charts because they know they can always rely on the rampant Islamophobia in the European and US media and thus they manage to project a power far more potent than they actually have. They are nowhere nearly as brutish and murderous as the Mexican drug cartel but because of their violent exhibitionism they garner far more attention from European and North American media.

The results of all such scandalous acts is that a vicious circle ensues between ISIL's murderous behaviour and the global news coverage, which feeds back to their media freak proclivities, and the perilous menace keeps perpetuating itself.

The plight of Christians in Iraq, Syria and the rest of the region mirrors the fate of the Arab revolutions at large. What ISIL seeks to kill is not just scores of innocent Christians, but with them the very hope of a pluralistic vision of home-grown democracies that the Arab Spring had announced just a couple of years earlier.

The more murderous their deeds, the more heinous their crimes, the more innocent and vulnerable their victims, the more loudly ISIL announces to the world it is nothing but a gang of murderers, and thus a passing fever of a vicious gang of mercenaries with no future in the democratic aspiration of nations from Central Asia to North Africa. A catastrophic result of ruthless US militarism exacerbating chronic Arab and Muslim despotism running amok, ISIL is the last gasp of a bygone age with no place in the future of decency and reason in this world.

Jonathan6/8/2015 4:56 pm
"ISIL" is being funded and trained by the USA and by Israel. The reason for constant terrorism and war in the Middle East is to destroy the Arab Muslim and Christian nations that surround the state of Israel, to make way for what they call the "Greater Israel Project." The antichrist will sit on his throne in Jerusalem. The Zionists are doing everything they can to facilitate this.
×