President of Tanzania: “There will be no islamization of our country” 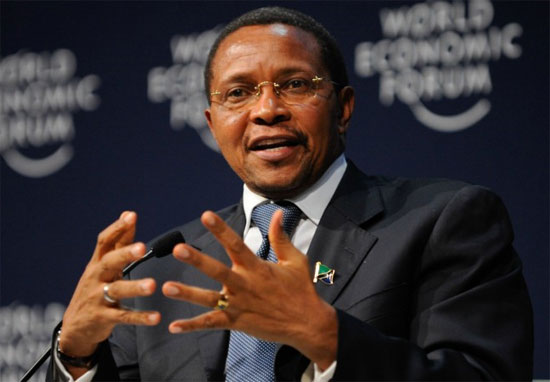 Tanzania will remain a secular state, said the republic’s President Jakaya Kikwete at a meeting with leaders of the religious communities of this East African country, reports Blagovest.info. The referendum on the new Constitution of Tanzania, scheduled for April 30, may be postponed because of the controversy caused by inclusion of the statute of Islamic courts in the Constitution.

Answering the spiritual leaders’ question on the institution of cadis (judges in Islam) who solve matters of marriage, divorce, adoption, inheritance and so on, Kikwete restated the government’s position. Its stand is that Tanzania must remain a secular state: the authorities do not wish to take any part in establishment and activity of Islamic courts.

“Unfortunately, there are widespread erroneous views of these courts,” said the President. “There are tendencies to politicize the question. In the course of the Parliamentary debates the question of strengthening the institution of cadi courts in the national constitution was not mentioned, noted the head of state. They discussed the possibility of officially recognizing the decisions of Islamic courts exclusively in the civil sphere: “This has nothing to do with criminal law,” stressed Kikwete.

At the present time the judicial system of the Zanzibar archipelago (with a majority Muslim population) is different from that in mainland Tanzania (former Tanganyika) and provides for activity of Islamic courts alongside national courts. Christians of Tanzania, particularly the Roman Catholic Church, have expressed their concern about the plans for expansion of jurisdiction of cadis on the whole territory of the United Republic. The protest of Christians was mainly provoked by the plans to provide state support to cadis. The National Conference of Catholic Bishops, not calling to boycott the referendum, nevertheless stated that islamization of the judicial system would lead the country “in the wrong direction.” Armed robbery at the monastery

Armed robbery at the monastery
On the night of 6-7 March 2014 armed robbers broke into the premises of the Monastery of the Descent of the Holy Spirit in Gerardville, south-west of Pretoria, and shot Artemius Mangena, the caretaker. Global call for release of Eritrean Orthodox church head, under house arrest for 8 years
he Eritrean authorities removed him from his position in January 2006 for failing to comply with a government order to excommunicate 3,000 parishioners who had opposed the government. Revival of Orthodoxy in South Sudan The Blessing of the Waters in Congo River

The Blessing of the Waters in Congo River
The Great Feast of Theophany was celebrated with piety and holiness in the Holy Diocese of Congo-Brazzaville and Gabon.

Thousand Churches Destroyed in Nigeria
In just two months, from August to October, nearly 200 Christian churches were destroyed in Nigeria by the Islamic organization Boko Haram and its Muslim allies, after their capture of towns and villages in the north-eastern states of Borno and Adamawa.
Comments
×