Reports from Sofia indicate that the hierarchy of the schismatic “Alternative Synod of the Bulgarian Church” has, following a long process of trial and error, returned to full unity with the canonically-recognized Bulgarian Orthodox Church. 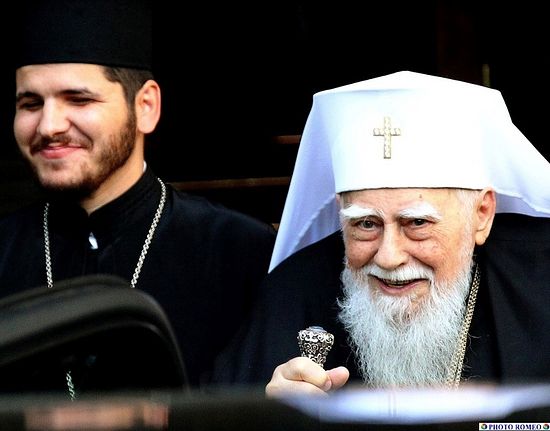 The schism came about when in 1992 the government-established Board of Religious Affairs announced that the 1971 election of Patriarch Maxim was illegal as he had been appointed by the then Communist government, which led to a group of three bishops calling for his resignation. The overthrow of the Bulgarian Communist regime was accomplished in 1989, and the new government sought to appear as acting against all Communist vestiges. Soon after the then War Minister gave the dissenting hierarchs permission to occupy the official Palace seat of the Bulgarian hierarchs, and in 1996 they elected their own independent Patriarch, although the 1998 Pan-Orthodox Council of the Bulgarian Church in Sofia of course recognized Maxim as the legitimate Patriarch.

The Ecumenical Patriarch His All-Holiness Bartholomew I played an important role in the reunification, as the RINSU (Religious News Service of Ukraine) noted in their April 2015 report on the UOC-KP/UAOC dialogues for unity: “Recently, the Ecumenical Patriarchate has been an agent of reunification of the Bulgarian Orthodox Church, although there were also two branches very aggressive against each other,” stated professor of Religious Studies Oleksandr Sagan. His Holiness Patriarch Maxim of Bulgaria
Nicholai Moskov
Very few people understand that this man is the most precious among us all. Statesmen work until the end of their terms, but he will serve his people until the end of his life. His quiet, yet steadfast labor for the sake of his fatherland could never be replaced by Comecon, by the Warsaw Pact, NATO, or the European Union taken all together. Eighty-five years of his life were spent under the church domes, and the altar is his true home. There, His Holiness prays no less than three times a day for the well-being of his people.