Deputies of the Ternopil regional council voted for transfer of the Holy Dormition Pochayiv Lavra to the state. This took place on Holy Thursday, when the Church remembers the betrayal of Judas. The Lavra learned about the plans to transform the cells and cathedrals of the complex into a museum complex. 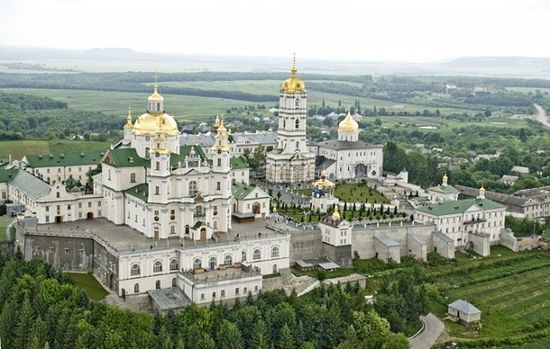 Deputies of the Ternopil regional council at a session supported the petition to the Ukrainian Prime Minister Arseniy Yatsenyuk and appealed to the Cabinet of Ministers requiring to take this great and venerated holy monastery away from the canonical Ukrainian Orthodox Church.

Metropolitan Vladimir of Pochayiv, Abbot of the Holy Dormition Pochayiv Lavra, has commented on the situation with the Lavra to the Segodnya Ukrainian newspaper: 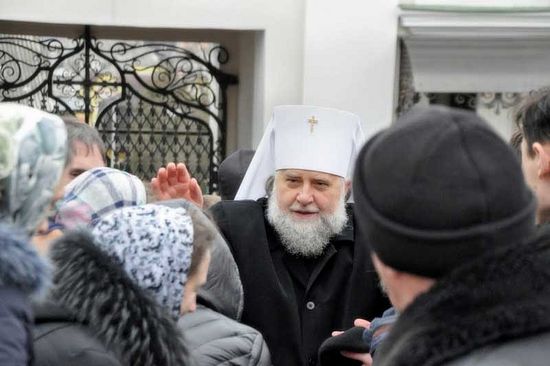 “On Holy Thursday the Church remembers the Last Supper and the betrayal of Judas who betrayed Christ the Savior for thirty pieces of silver. These events happened twenty centuries ago. Time passes, but the personalities and the deeds remain the same. This year, 2015, the same thing was repeated here on Holy Thursday. Deputies of the regional council who pose as Christians are passing laws which are far from Christian. They are intending to transform the Pochayiv Lavra (a great spiritual center for Orthodox Christians) into a museum of history, so that the monastery (founded it in 1240) might be governed not by the abbot and the brethren but by a museum director and tour guides.

“This problem is not a new one. After the Ukraine became independent and the relations between the state and the Church had improved, Presidents and other officials issued decrees that returned the Church its property that had been confiscated from it by the totalitarian Soviet regime.

“In 2002 the Ternopil deputies succeeded in establishing the preserve despite all the former presidential decrees and assurances and thus our monastery became a part of the Kremenets-Pochayiv State Historical-Architectural Preserve.

“In 2003, by intercession of the brethren, the Cabinet by its decree took the Lavra’s historical buildings from the authority of the preserve and transferred them to their legal owner – the Ukrainian Orthodox Church of the Moscow Patriarchate and the Pochayiv monks.

The Pochayiv Lavra and the Ukraine’s Gosstroy entered into an agreement of free lease for 49 years, until January 1, 2052. It should also be noted that the Lavra paid rent from the 1960s till 2000.

On July 3, 2014, the Ternopil regional Rada (legislative body in the Ukraine) reappeared and initiated an appeal to the Prime Minister with the request to rescind the agreement and to give the monastery buildings back to the preserve. Then their application was left unanswered. And thus, nearly a year later, on April 9, 2015, in Holy Week, when the Holy Church remembers the final days of life of Christ the Savior on earth, the deputies again lapsed into their old ways”. The Miracle of the Moving of the Waters at Midnight in Pochaev Lavra
Archimandrite Avvakum (Davidenko)
Then novice Igor Brus walked up and told me conspiratorially, “Don’t sleep tonight, or you’ll sleep through the whole Kingdom of Heaven! Come at midnight to the well. We’ll look at the bottom and see if the Lord will give us a sign—if it will “boil” as it is blessed. Tomorrow is the “Jordan”