The True Religion of the West 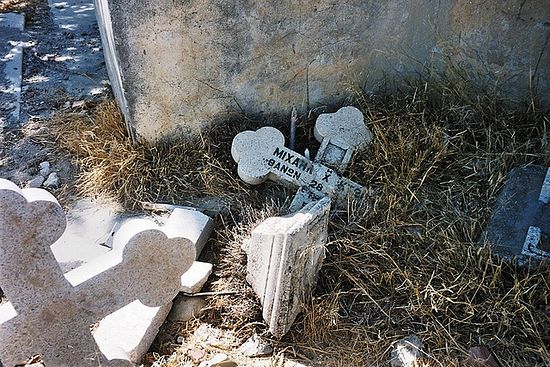 I’m not a professional journalist or an expert in international affairs. Fortunately, one doesn’t need to be either to see what is going on in the popular western media these days. Living in America I am bombarded on a daily basis with the “expert” opinions on the Ukrainian crisis by a horde of analysts on the nightly news. The recurring theme in these interviews, regardless of political affiliation or news network, is the outrage felt by western leaders at the supposed “aggression” shown by Russia towards Ukraine. Conveniently, the aggression of President Poroshenko towards his fellow citizens in eastern Ukraine vis-a-vis the openly neo-Nazi Azov battalion and its ilk, goes almost entirely unreported. Be that as it may, one must ask, what precisely is it in the psyche of western leaders and pundits that makes them foam at the mouth with outrage at the crisis in Ukraine but turn a blind eye when it comes to similar incidents that are conducted by western countries or their allies?

For example, on July 20th, 1974, NATO member Turkey under the leadership of then Prime Minister Bülent Ecevit launched the invasion of Cyprus known as “Operation Attila”. What reason did Mr. Ecevit give for this naked aggression and violation of international norms? The prevention of “Enosis”, which is Union with the Greek mainland, and the protection of the Turkish minority from alleged pogroms by Greeks whose population, at the time, made up approximately 77% of the Island. The result of the invasion was the bifurcation of Cyprus into the internationally recognized Republic of Cyprus and the so-called TRNC or Turkish Republic of Northern Cyprus who is only recognized by Turkey. On paper, the TRNC is considered by Turkey to be a separate state but in reality, the TRNC is a de facto part of Turkey. In other words, an annexation. Now one would expect, all things being equal, that similar outrage was shown towards Turkey for its illegal invasion and subsequent occupation of northern Cyprus. Unfortunately, we live in a world where things are not equal. The Western response? Negligible at best. There was no American castigation of Turkey or heavy sanctions. No military build-up of American forces on the Turkish border or heaping of opprobrium by the western media. And interestingly, there were no Hitler-Ecevit comparisons made on a daily basis like there have ubiquitously been throughout the western press since the reunification of Crimea with Russia. No, on the contrary, Turkey cemented its ties with America and Europe and continues to receive billions of dollars worth of military aid through the Truman doctrine.

Unlike the violent invasion of Cyprus by Turkey, which claimed the lives of thousands, Crimea was received into Russia by a free and fair referendum in which an overwhelming majority of Crimean residents chose unification with Russia. The American response to the Turkish invasion was silence. Yet, when it comes to the people of Crimea exercising their democratic rights and their right to self-determination, which America holds as universal right, the response is outrage, sanctions and threats. 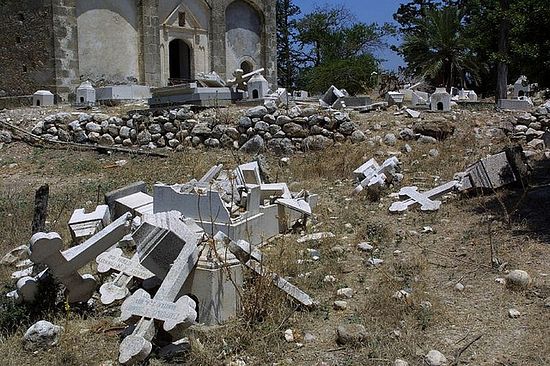 How do we explain this response or rather, lack thereof? Interests. Plain and simple. Turkey is a NATO member whose strategic location is vital for NATO (read American) operations in the Middle East, the Caucasus and the black sea region. The Turkish invasion and the American response have led me to only one reasonable conclusion. American outrage for the annexation of Crimea isn’t real. Its entirely manufactured for political purposes in order to continue their grand project of eastward NATO expansion despite the promises Russia was given in the 90’s that no such expansion would occur. Considering all of this, I couldn’t help but think about America’s own founding documents. Specifically, the declaration of Independence which states in its first paragraph “When in the Course of human events it becomes necessary for one people to dissolve the political bands which have connected them with another and to assume among the powers of the earth, the separate and equal station to which the Laws of Nature and of Nature's God entitle them, a decent respect to the opinions of mankind requires that they should declare the causes which impel them to the separation.” I guess the right to self-determination isn’t universal after all.

But the larger theme here is the western opposition to Orthodox countries who hold traditional Christian values. In many ways the Orthodox world is a thorn in the flesh. It frustrates the west because the Orthodox world, in large measure, never experienced anything like the so-called “Enlightenment” which started the process of secularization and de-Christianization of the west in the 18th century. The idea of a strong and robust nation that holds to traditional Christian values is an idea that Western Europe finds repugnant in the extreme. Why? Because such a nation would be an ideological rival and that is something that the current order can’t tolerate. Western nations have been globalizing their secular values by branding them as “human rights” and using human rights organizations as a cudgel to browbeat, into submission, those nations who hold to traditional values. But of course, this only applies to those traditional countries that do not tow the line of the western agenda. If you are a country like Turkey, a country that has manifold human rights abuses, you get a free pass because you have acquiesced to the program of western hegemony. This is why America and Western Europe are mostly silent on the issue of human rights violations by countries like Saudi Arabia and Turkey. But for Orthodox countries like Russia and Serbia, no such pass is given and chastisement abounds. As a friend of mine said, enlightenment liberalism is the true religion of the west and those who refuse to convert can expect no quarter. 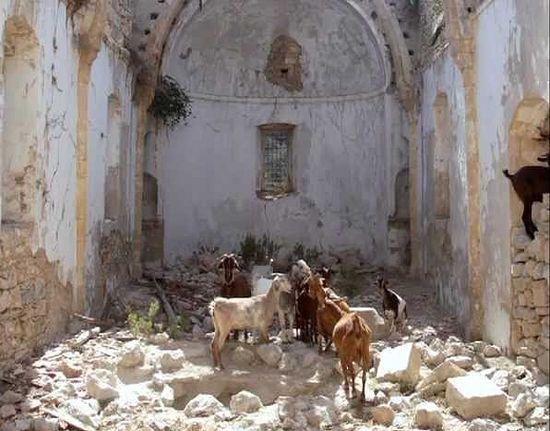 A Brutal Ordeal. A Monk Talks about his Torture
“It was an exceedingly dismal place,” he comments. Thrown into a basement “cell”, he could see on the floor a huge pool of blood that had been haphazardly swept. “I don’t know whether a man was killed there or just badly beaten, but it was obvious that he lost nearly all his blood.”This, however, was only the holding chamber before the torture chamber. The worse was yet to come. 20,000 icons of Cyprus are in the hands of smugglers
In collaboration with international organizations, some of relics were returned.

knightsstrength5/28/2015 12:03 am
Good to have a different view with what has been happening in Ukraine etc
×