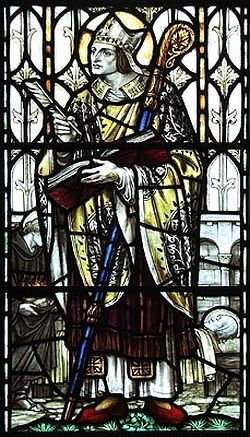 The future saint was born in the 6th century and was most likely a son of a Welsh king. Such great saints of the early Welsh Church as Deiniol of Bangor and Tysilio of Meifod were among his relatives. The activities of St. Asaph are associated with North Wales.

According to late versions of the Life of St. Kentigern (also called Mungo) of Scotland, St. Asaph was tonsured a monk and became one of his closest disciples and helpers in the years when Kentigern lived in Wales. There is an account of one miracle which occurred in St. Asaph’s lifetime. Once, as a young man and disciple of Kentigern, he brought him burning coals in his clothes, suffering no harm at all from them. Seeing this miracle, Kentigern realized that Asaph was great in the eyes of God. It is known that at that time St. Kentigern built a wooden monastery and established an episcopal see on the site of the present-day city of St. Asaph in what is now Denbighshire in North Wales. The original name of this city was Llanelwy which means “church on the river Elwy”. Now it is the second smallest city (town with a cathedral) in Britain. According to tradition, Kentigern gathered a large community of 965 disciples around himself, and all of them labored at the monastery that he founded: 300 disciples worked in the fields, another 300 worked in barns and monastery buildings, and the remaining 365 attended church services and sang in the choir nearly every day alternatively. St. Asaph was one of his ablest disciples.

With time Asaph became an evangelizer and labored much especially in Flintshire in Northeast Wales, where many places still keep his memory. When Kentigern left Wales and returned to Cumbria and Scotland (in around 573), Asaph returned to Llanelwy where he became his successor as abbot and the second bishop of the city. There is an opinion that at that time Asaph founded the first cathedral in Llanelwy. For the rest of his life, Asaph was a very active and exemplary bishop of Llanelwy. This saint of God reposed in about 600 or probably in the early 7th century. 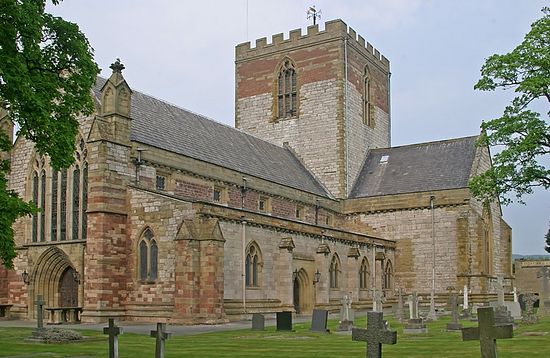 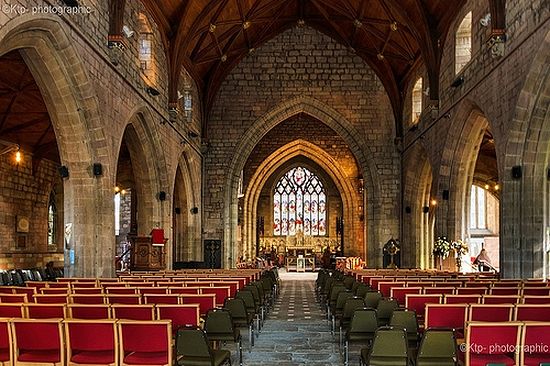 Veneration for St. Asaph was so strong that with time the town where his diocese was centered was renamed to St Asaph in his honor. The monastery and cathedral associated with the saint were very famous. In the 12th century the Normans founded a new large diocese with its center in St. Asaph. Some parish churches and holy wells in Wales are dedicated to St. Asaph to this day. The most famous well bearing his name is at Ffynnon Asa in Flintshire and is considered to be the second largest holy well in all Wales. It was recorded that its water cured many people of nervous disorders and rheumatism. For many years an annual fair in memory of St. Asaph was held in the city of St Asaph. This saint is honored as the patron of the city of St Asaph and the Anglican (Church in Wales) Diocese of St Asaph. There is also evidence for the veneration of St. Asaph in Scotland. 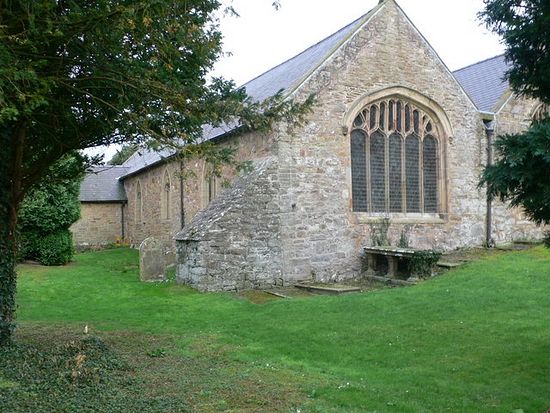 Many settlements and small places near Holywell in the Welsh county of Flintshire bear the name of St. Asaph: for example, Llanasa (“church of Asaph” – the saint himself labored there), Pantasaph (“Asaph’s hollow”), Onnen Asa (“Asaph’s ash tree”), Ffynnon Asa (“Asaph’s well”, mentioned above). All these place names suggest that the saint may have lived in this area as a hermit. According to a popular version, until the latter part of the 13th century a shrine with the relics of St. Asaph was kept inside the parish church at Llanasa (the original church there may well have been built by him) and was later translated to St. Asaph Cathedral. The church in the village of Llanasa is dedicated to him to this day. A street in the south-east London district of Brockley is named after St. Asaph. This holy man is usually depicted either as a bishop with a book or a monk carrying burning coals. 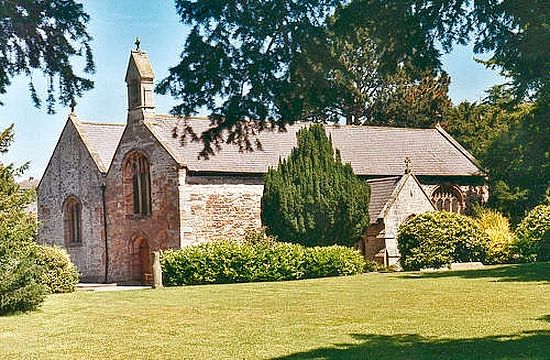 Church of St. Asaph and St. Kentigern in St Asaph

Today St. Asaph is a small and attractive city on the River Elwy in North Wales surrounded by beautiful countryside. This city boasts a small ancient Anglican cathedral dedicated to St. Asaph, which, among other things, contains the oldest copy (to be more exact, the original) of the Bible in the Welsh language (translation by Bishop William Morgan). The first Celtic cathedral existed here as early as the 6th century. In the 13th century the English King Edward I burned down the cathedral in St. Asaph and the new one was completed only by the following 14th century. The present building dates back precisely to that period. One of St Asaph’s parish churches (dating to the 15th century) is dedicated to St. Asaph and St. Kentigern, an appropriate symbol of these two saintly friends who once worked here side by side for the glory of Christ.

Holy Father Asaph of Wales, pray to God for us! 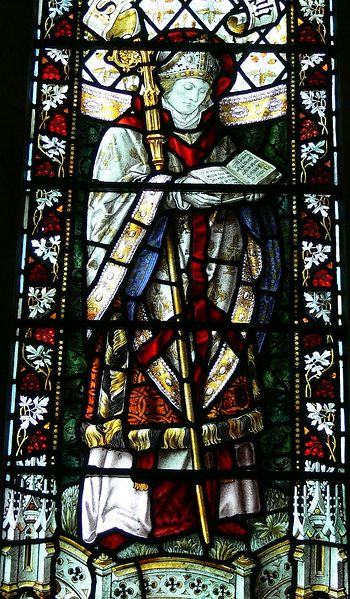 Venerable Cadoc, Abbot of Llancarfan in Wales
Commemorated: January 24/February 6 and September 25/October 8
Dmitry Lapa
St. Cadoc (c. 497 - c. 580) was the founder of the famous monastery of Llancarfan (c. 518) in the present-day Vale of Glamorgan in Wales. This monastery was to become one of the best-known in Wales, as well as a great centre of learning.

Holy Fathers Seiriol and Cybi of Anglesey in Wales
Commemorated February 1/14 (St.Seiriol); November 8/21 (St. Cybi)
Dmitry Lapa
St. Seiriol is one of a great multitude of island saints who led a solitary life in tiny hermits’ cells on small isles off the coasts of Wales, Scotland and Ireland. St. Cybi is along with St. Seiriol one of the most venerated saints in Anglesey.
Comments
×