According to the results of the sociological study carried out by the National Democratic Institute (NDI) of the USA, Catholicos-Patriarch Ilia II of All Georgia is the most popular Georgian resident. The President Georgy Margvelashvili is ranked second, while the ex-defense Minister Irakli Alasania ranked third, reports RIA-Novosti. 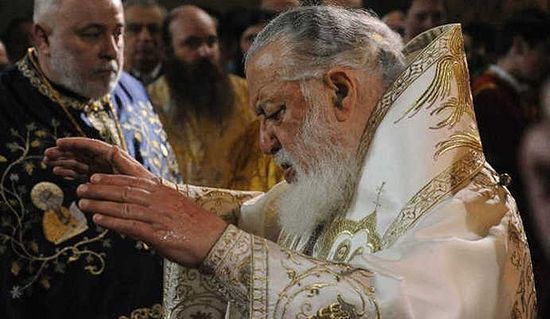 87% of respondents voted for the patriarch, Georgy Margvelashvili was supported by 52% and Irakli Alasania by 51%. In the popularity rating the present Prime Minister Irakli Garibashvili gained 40% of votes, after the Parliamentary speaker David Usupashvili (45%) and leader of the opposition party, United National Movement, David Bakradze (44%).

The social study was conducted in Georgia between March 27 and April 19 this year. Over 4,300 people were polled in all; the survey was made in the form of a direct interview with a representative sample. The margin of error does not exceed 2.3%.

Patriarch of Georgia declares May 17 Day of family strength and honor of parents
The head of the Georgian Orthodox Church gave his blessing to serve paracleses in all churches on that day, and for all priests to go out and sprinkle houses, streets and people.
Comments
×