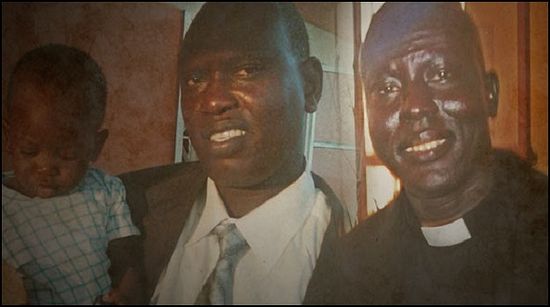 Persecutions against Christians continue in the Islamic nation of Sudan, which last year sentenced a woman to death for marrying an American Christian. The Christian Post reports that now pastors Yat Michael and David Yein face possible execution for their boldness in preaching their Christian faith.

The two pastors, accused of spying and offending Islamic beliefs, have been imprisoned for two months with no contact with their families in the capital city of Khartoum, where numerous Christian churches have recently been desecrated.

Told he preaches with a hidden agenda, Pastor Michael replied, “I don’t have any hidden agenda … I am preaching because this is my call. I am a pastor. I must speak the Word of God.”

Rev. Tut Kony of the South Sudan Presbyterian Evangelical Church of which Michael is also a pastor noted that such persecutions are common, and that most of their pastors have been beaten and imprisoned and their churches destroyed. David Curry, CEO of Open Doors USA which aids persecuted Christians throughout the world, stated that the charges against Michael and Yein are especially inflated, but that the Sudanese government will take any measures to remove Christianity from the daily lives of its citizens.

Despite the threats and persecutions, the pastors have boldly stated that they are ready to face any punishment for spreading the Gospel. Pastor Yein has asked that believers pray that their suffering would be for the glory of God and for peace between the pastors and their persecutors.