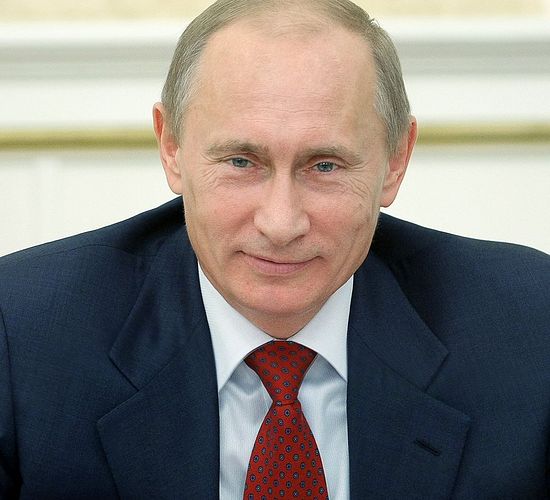 President Vladimir Putin will be ready to explain in talks with Pope Benedict the essence of Russia's position on the situation in southeastern Ukraine, said Kremlin spokesman Dmitry Peskov.

"Traditional talks with the Pope will deal with a broad agenda of pressing issues, providing an excellent opportunity to exchange views on issues of the greatest importance," Peskov told journalists ahead of Putin's visit to Italy.

Asked whether the situation in southeastern Ukraine and implementation of the Minsk agreements will be addressed, Peskov said, "This is not ruled out, especially if Pope Francis demonstrates interest. I do not doubt that the president will be ready to spell out Russia's position in detail, of course."

Kremlin aide Yury Ushakov earlier said that the situation in Ukraine with an accent on interfaith relations will be discussed during Putin's talks with Pope Francis in the Vatican on June 10. A total blockade of Donbass will cause mass starvation and death, representative of UOC MP warns

A total blockade of Donbass will cause mass starvation and death, representative of UOC MP warns
Head of the Synodal Department for Humanitarian and Social Issues of the Ukrainian Orthodox Church of the Moscow Patriarchate (UOC MP) Archpriest Vladislav Dikhanov, commenting on the recent statement of leader of the Petro Poroshenko Bloc parliamentary faction Yury Lutsenko regarding a possible full blockade of the Donbass territories that are not under Kiev’s control, has warned that such actions may lead to tragic consequences.