The central role that technology plays in modern man’s life leaves him often all too indifferent or oblivious to those who would use that same technology to subvert society and control entire populations. Modern man needs his smart phone not only to conduct business transactions and communicate with distant loved ones, but also to watch the latest funny cat video on YouTube, post messages in Brony chat forums, and download Japanese anime porn. As such he cannot be bothered to notice that CIA-connected companies monitor and record his actions on social media and plant malicious software on his smart phone to gain easy access to all his contacts and movements.

Being tracked, recorded, and catalogued is a small price to pay for the convenience and escapism near-wondrous technology provides to modern man. After all, if he cannot be concerned with the fact that he consumes mediocre food products saturated in chemicals hazardous to his health, why would he be bothered with the fact that distant, faceless bureaucrats, intelligence analysts, and corporations have him under perpetual surveillance, with the goal of constructing his “minority report” threat profile, or conversely selling him superfluous products before he even knows that he desires them? After all, he has far more important things to worry about, like following the latest gossip on Bruce Jenner. 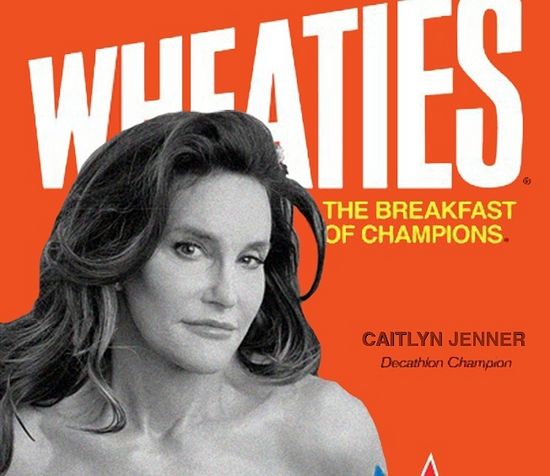 Call me Caitlyn…Or else! Adweek

Indeed, fashioning himself “sophisticated,” modern man is all too often unaware of the far more sinister aspects that technology, or rather the technocracy that manages it. While some human rights activists rightfully protest the push for autonomous robotic drones for military use, there is far less alarm over the growing intrusion of decision-making artificial intelligence into the more mundane aspects of human life. (Apple co-founder Steve Woznaik, among others, has warned that the rise of A.I. bodes ill for humanity.)

Billionaire oligarch Warren Buffett, a financial elitist if there ever was one, recently opined that artificial intelligence will soon be tasked with deciding who lives and who dies in hypothetical emergency situations. It’s not hard to imagine that once the precedent is set, super computers, with full access to the best information that the NSA, Google, and their fellow travelers can provide, will be given wide latitude in deciding who lives and who dies in a wide variety of situations, not only in traffic accidents.

Sociologists of the former Soviet Union used to proclaim the “the scientific-technical revolution,” a society based on a scientifically organized hierarchy. In the 20th century the American existentialist philosopher William Barrett spoke of their vision, which he dreaded, in which “all citizens must be organized effectively,” and that “everything that exists – man as well as natural resources – is to be placed within the framework of technical scientific planning.” He further observed:

Jurgen Habermas, leader of the [neo-Marxist] Frankfurt school, argues that science and technology have become the decisive productive forces in society and accordingly must command a central social role. One’s rank in the technical-scientific hierarchy establishes one’s place in society.

The Soviet experiment has long since been discarded into the dustbin of history, but the postmodern West has continued the scientific-technical revolution, which has “progressed” far beyond anything the old Soviet sociologists could ever imagine in their wildest dreams of creating the “programmed society”. (And unrepentant neo-Marxists like Habermas are still around playing their part to see that this revolution comes to fruition.)

Both social engineering and the technology that aids it have come a long way since the supposed end of totalitarianism, heralded by collapse of the Soviet Union. Yet Western elites, technocrats, and oligarchs now enjoy far more reach and social control than the old Soviet commissars ever possessed, though they at times they tactfully hide their iron fists behind velvet gloves. Instead of using direct terror, which is all too obvious (though it is selectively employed when needed), the social engineers, using a clever concoction of chemically-laced food and water, mass media entertainment, contrived social controversies, and technological gadgets, have found a successful means of keeping modern man in his place. And modern man believes himself to be liberated, more free than ever before.

Indeed, if the technocrats have their say, in the not-too-distant future man will be compelled to live in planned “smart” cities carefully managed by super-computers. The cities’ inhabitants will have their food and water intake regulated, work at jobs assigned by their A.I. overseer, and have their movement and behavior strictly controlled.

What happens to the individual’s existence in the programmed society? To be is to be an item within the program of management.

A vision of despair and dehumanization is all that remains. Nicholas Berdyaev noted much the same thing about the scientific-technical society which “demands that man shall fulfill one or another of his functions,” and yet “does not want to reckon with man himself,” knowing “only his functions.”

All the remains for man is to become a carefully controlled and managed plaything for the technocrats and their A.I. computers, while that which made him human and in any way noble is carefully striped away. He is at once dissociated, rootless, and atomized, and yet, at the same time assimilated into the technocracy’s Borg hive collective of technological dependency via a toxic cocktail of synthetic terror from managed Muslim terrorist outfits, trendy and contrived social “justice” causes, and frivolous, all-encompassing consumerism.

Of course, Berdyaev, the great champion of personality and human freedom, would have none of this:

Man cannot be the image either of nature or of the machine. Man is the image and likeness of God.

A dueling vision of man is to be fought out here. The architects and managers of the scientific technocratic revolution offer us man as a dehumanized, disposable drone, a poor reflection of his own machines (and it is such a vision that allows technocrats like Zbigniew Brzezinski to speak with such ease about how “infinitely easy” it would be to mass murder millions of people to maintain elite control over the globe). On the other hand is the vision of man as a spiritual being, ever aspiring, when he allows himself, to higher manifestations of personality and genuine freedom of the spirit. 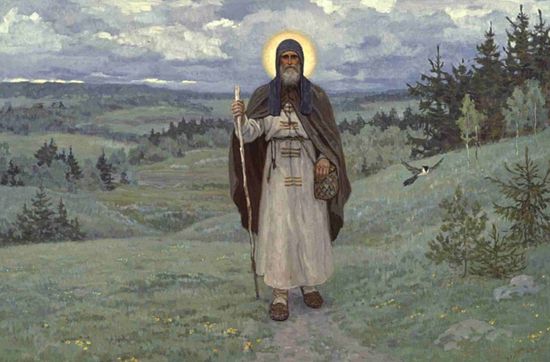 We know that a human being, besides his animal material nature, possesses moreover an ideal nature which binds him with absolute truth or with God. Besides the material or empirical content of his life, each human comprises in himself the image of God, i.e., a special form of the absolute content. Theoretically and in the abstract this Divine image is known to us in mind and through reason, but in love it is known in the concrete and in life.

Here we encounter the fundamental truth that modern man must realize and recover if he wishes to overcome his technocratic enslavement and dehumanization. But it is the Divine image in man, and his resulting personality, that is the target of assault by the would-be world controllers. It is why the image of man is reduced to the purely material and recast in the image of the beast. In realizing and recovering his true spiritual nature and personality, and embodying both the Divine image and Divine and true human love (and not the insipid humanitarianism that is but a simulacra), that modern man will find the foundation to resist and challenge those who would exploit and annihilate him. Speaking of Reality
Fr. Stephen Freeman
The most essential proposition within this philosophy is that reality itself is a “social construct,” that is, our experience of the world is formed, not by the world itself, but by the social interactions and agreements by which we agree to name and describe the world. The world is what we think it to be. Isidora5/27/2017 2:04 pm
Bravo! The best summary I've read anywhere of what's coming upon mankind. St. Ingatii said we cannot stop it with our weak hand and will need all of our prayer to save our own soul from it.

We see the continuous obliteration of humanity into soulless interchangeable components developing everywhere, and especially now with the obliteration of the female gender as our "functions" are increasingly replicated by technology and our secondary characteristics are assumed by male imitators.

The revelation of St John of course predicted that the dragon--full of rage against the woman (Theotokos)--would wage war on her kind.
×