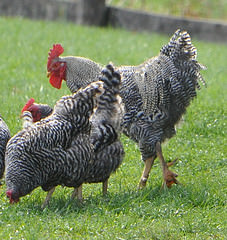 We readily justify our own sins as mistakes, petty, weaknesses, addictions, personality traits and not as bad as others. We are much like the Pharisee in the parable with the Publican, pointing the accusing finger while thanking God for not being like them.

St. John of Kronstadt (d. 1908) who was a pretty strict moralist himself, also offers for us some advice about why we should not imagine the sins of others are worse than our own sins. He points out that we all are sinners, and all share the same human nature, formed by the power of sin. 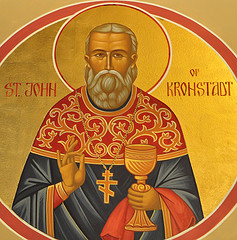 “We must not look with wonderment and malice upon the various sins, weaknesses and passions of humanity, because they form the old enticement, the infirmity of all mankind, and men themselves by their own strength, cannot anyhow free themselves from them, and therefore a Savior of men was necessary, not an intercessor, not an angel, but the Lord Himself incarnate. May He save me wholly! This is why we should despise human passions, even when directed against us; for instance: envy, malice, pride, avarice, extortion – and must not be exasperated with those who are subjected to them, but must behave gently to them, and act upon them by words, persuasion, and secret prayer, as did the Lord and His Saints in relation to their enemies. This is what the worldly wisdom of a Christian consists in.”(My Life in Christ, p 243)

St. John advocates that we have some sense of compassion for those we see locked in sin because they like us share in “the infirmity of all mankind.” All of us are sinners, and in Orthodoxy we each proclaim before going to Holy Communion to be the foremost of sinners. Perhaps we don’t think enough about that statement. Maybe when we say it, we keep our fingers crossed knowing like the Pharisee that there are Publicans all around us who are far worse sinners than we are. They should be barred from Communion. 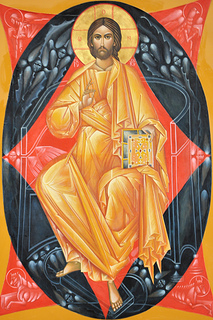 Or, we come to realize the significance of claiming that I am the foremost of sinners. It really means something. I should be humbled before Christ, not pointing that Pharisaic accusing finger at anyone else. Seeing my own sins and not judging my brother or sister. Each of us has to answer before Christ for our sins. Rather than judging the other, I can pray for them, realizing their struggles with sin happen because they live in the same world that I live in. They face temptation and they fall for the same reasons that I do. We are no different. Each of us faces temptations and sometimes we fail. Sometimes we don’t even try to resist sin. We need God’s mercies, and can find them in seeking mercy for our neighbor, brother, sister or even our enemies. As our Lord Jesus Christ teaches us:

“Judge not, that you be not judged. For with the judgment you pronounce you will be judged, and the measure you give will be the measure you get. Why do you see the speck that is in your brother’s eye, but do not notice the log that is in your own eye? Or how can you say to your brother, ‘Let me take the speck out of your eye,’ when there is the log in your own eye?” (Matthew 7:1-4) Why Sin Is Not A Moral Problem
Fr. Stephen Freeman
“Sin” is a word that is used frequently in a wrong manner. Thus when someone asks, “Is it a sin to do x,y, z?” what they mean is, “Is it against God’s rules to do x,y, z?” But this is incorrect.
Comments
×