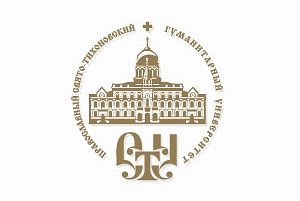 The aim of the new program, which will be launched in September 2015, is that of fostering a deeper understanding of the role of the spiritual values and religious experience of Christianity and Orthodox in the history of Russian culture in the 19th and early 20th centuries.

As indicated by its title, “Religious aspects of Russian culture in the 19th and early 20th centuries”, and in accord with the traditional bent of PSTGU, the program offers students the opportunity to engage in an in-depth study of both religious history and the current religious landscape of Russia. It also seeks to illuminate various aspects of the Russian mentality, its historical and cultural heritage, its religious dimensions and its cultural manifestations in everyday life. The course aims to help students to assess and comprehend the differences between Western and Eastern religious and religious-philosophical schools of thought. These differences influenced historical semantics and semiotics, the process of socialization in Russia, the creation of new norms and categories of thought – including those of religious thought –, and also the creation of the religious experience, domestic and professional ethics, and the way of thinking about everyday life, practices and customs. Some distinctive features of the “Russian world” and of the “Russian idea” were elaborated upon, and were reflected in, the historical period under examination. Without the knowledge that permits a student to orient himself or herself within this context, life and work in Russia can be challenging.

The unique nature of this program lies in its cross-curricular character, connecting particular knowledge in different scientific areas such as religious sciences, history of religion, Orthodox theology, history of the Russian Church, and history of Russian culture in the 19th and early 20th centuries. This is the first time in Russia that such an interdisciplinary approach has been implemented. Its aim is to create specialists who can respond to the current needs and concerns of state, social, business and religious institutions. The objective of this program is to train graduates who will be able to communicate in a Russian-speaking environment, both within the Russian Federation and abroad. Graduates will be trained to formulate and solve problems requiring an in-depth knowledge in the field of religious sciences and theology, and to help in choosing, modifying or creating necessary research strategies for the following cases:

The above-mentioned course of study is composed of five blocks.

The second block will include a revised version of the course, “Basics of Orthodoxy”, together with other courses organized by the Faculty of Theology, and an interactive seminar titled “Religious Aspects of Culture: Past and Present.”

The third block includes the following courses: “Old Believer Doctrine and Sects,” “Church-State Relations in the 19th and Early-20th Centuries”; the seminar “The Problem of Freedom of Conscience in Russia in the 19th and Early-20th Centuries ”, and lecture courses taught by eminent academics titled “History of Theology and Science in Russia”; “The Russian Intelligentsia and the Church”; “Russia and the Russian Church in the 19th Century Through the Eyes of Foreigners”; and “Russian Religious Practice in the 19th Century”.

The fourth block consists of different courses created by the staff of the departments of Philosophy of Religion and of Religious Aspects of Culture in the Faculty of Theology. The following courses will be offered: “History of Religious Philosophy”; the seminar “Sources of Russian Religious Philosophy” (includes basic training in archival science); specialized lectures such as “Main Schools of Russian 19th Century Russian Religious Thought” (in which Slavophile theological views will be treated extensively), and “Philosophical and Religious Concerns in Silver Age Russia”.

The fifth block includes both standard requirements for a Master’s in Religious Sciences, and new seminars and lectures including: “Christianity and Russian Literature During the 19th and 20th Centuries”; “Tolstoy, Dostoevsky and the Religious Crisis in Russia”; and “Secular Leanings in Russian Culture: Art, Architecture, Music, and Theatre.”

Eminent academics from Russia and abroad have been invited to teach and lecture, including professors from the St. Tikhon Orthodox University, the Lomonosov Moscow State University (Faculty of History and Philosophy), the Maxim Gorky Literature Institute, the Russian Academy of Sciences (Russian Literature Institute), the Slavic Department of Humboldt University in Berlin, and the Catholic University of the Sacred Heart in Milan.

A central aspect of the curriculum is a two-year scientific research seminar, which is distinguished by its cross-curricular character. All students and lecturers will take part in the seminar. The aim of the seminar is both to field questions from students regarding their theses, and to hear talks from students and academics working in different fields of the humanities.

The second semester of the second year of the program will be reserved for students focus exclusively on their theses.

Prerequisites for enrollment are:

Term of the program: two years. Students may qualify to complete the degree through night classes and correspondence courses. Degree Granted: Master’s Degree in Religious Science, specializing in “Religious Aspects of Russian Culture in the 19th and early 20th Centuries”. Admission is subject to the successful passing of an entrance test.

* Admissions will be announced in June and July. Information about how to apply and the documents required for application can be found on the University site.

* All foreign students should obtain a notary translation of their documents and ensure that they complete the process for having their foreign qualifications recognized (nostrifikatsiya). All foreign degrees and qualifications must be verified by means of this process. More information is available at http://pstgu.ru/en/international_stud/general_inform/adm_proc/ St. Tikhon`s Orthodox University will help St. Vladimir`s Seminary (NY, USA) in the creation of the Institute of Sacred Arts