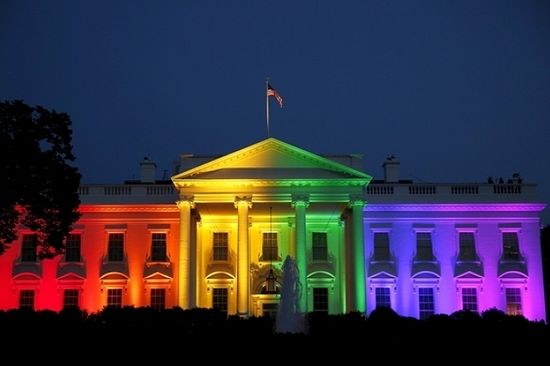 Last Friday the Supreme Court of the United States ruled that the right to same-sex “marriages” does not contradict the country’s Constitution and thus allows the registration of such “marriages” in all states of America, reports RIA-Novosti.

According to the statement of the US Secretary of State John Kerry, after legalization of gay-marriages in all its 50 states the USA will struggle for the same “rights” in other countries.

“The Supreme Court decision is sending a clear message to all parts of the world: no law based on discrimination will withstand the wave of justice,” the statement reads.

He has stressed that earlier the USA created the position of special envoy for LGBT rights “who every day struggles for rights of these people worldwide – the rights they well deserve”.

“We will continue this work with pride in the progress that we have achieved in our country, and keeping in mind the problems we are bound to solve,” J. Kerry said.

Meanwhile, the social network “Facebook” is “celebrating” the legalization of same-sex “marriages”.

“If you're a fan of the Supreme Court's ruling today that same-sex marriage is legal in all 50 states, “Facebook” has your profile-pride needs on lock. While logged into Facebook, head to facebook.com/celebratepride to superimpose a rainbow banner over your profile picture (a rainbow banner is the symbol of LGBT-community). “Facebook” founder Mark Zuckerberg and plenty of other tech executives are celebrating the legalization of gay marriage today on social media: Apple CEO Tim Cook tweeted, "Today marks a victory for equality, perseverance and love," and Microsoft CEO Satya Nadella similarly wrote on Twitter, "A historic moment and step forward for equality in America. Love wins". In a morning speech on June 26, President Barack Obama characterized the Supreme Court decision as "justice that arrives like a thunderbolt”,” internet users write.