Have You Lost Your Soul? 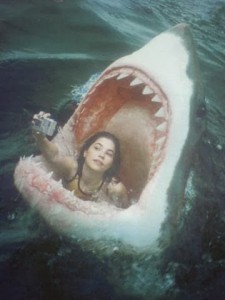 When was the last time you heard someone express concern for their soul? When was the last time you listened earnestly as a friend lamented a psychological or emotional struggle? The reason for the difference is simple: we have become a “soul-less” psychologized society. The classical concern for the soul has been replaced by an overwhelming interest in psychological and emotional “health.” We are becoming a “well-adjusted” society.

The soul has always been something of a mystery. In Greek, soul (psyche) simply means the “life” of a person.Psyche is derived from a word that meant “to cool” or “to blow,” and had a meaning similar to spirit (pneuma) which meant “breath” or “wind.” A body that no longer had breath was no longer alive. In Genesis, God breathed into Adam, and “he became a living soul” (nephesh).

The psychologized self is a very modern concept. Freud’s foundational work only appeared at the end of the 19th and early 20th centuries. His concepts swept into the popular culture after the First World War (1918). The “Roaring 20’s” saw a fascination with Freud’s psychological narrative. His suggestion that moral (sexual) inhibitions were possibly “dangerous and unhealthy” were especially popular. It was a decade that witnessed the first blush of the coming sexual revolution.

Modern, psychologized people are enthralled with themselves. We analyze, categorize, type and treat every aspect of the self that can be identified. “Self help” is our generic term for arm-chair psychology. And like its Freudian predecessor, the goal of the psychologized self is a vaguely perceived state called “health.”

Contemporary Christianity has taken up this world-view and adapted the gospel to its requirements. The various versions of the prosperity gospel all presume a psychologized world-view. And even popular evangelical Churches presume that a born-again life will be a happier life. Jesus has become a means to a healthier self.

The psychologized self includes our modern fascination with “how I’m doing.” Thus reports that “I’m doing better” in confession may be completely beside the point. “Is it well with my soul?” would be a more apt question. And the soul might be doing extremely well while we outwardly struggle with anger, frustration, temptation, and failure.

Saints are not necessarily “well-adjusted” people.

The psychologized self is uniquely suited to our consumer culture – indeed it might even be rightly described as the “consumer-self.” Just as we shop for our comforts and pleasure, so we “shop” for the self and the latest version of its “health.” I offer no complaint here for the work that has been done to relieve mental suffering. Such relief, however, should not come at the price of our souls. The modern self is a poor substitute for the classical soul.

So what is the soul?

The soul is our life. It is immaterial, and yet it is everywhere within us. St. Gregory of Nyssa offers this definition: “The soul is a noetic essence that imparts to the organic body the force of life by which the senses operate.” Our life is more than a description of the aggregate metabolic processes of our cells. The soul, our life, carries our meaning and purpose and reason for existence.

Much of what we describe as personality and upon which we lavish such interest and care, is itself largely the work of the body. It is subject to medication and alteration, even disappearing in the face of certain conditions. Memory and desire and our “style” of interaction are not our identity nor our life. My brain might have ADHD but this does not touch the soul. The brain is an instrument through which the soul expresses itself (in the words of a modern Athonite elder), but the brain and its artifacts are not the soul itself.

I have found it interesting to reflect on the experience of persons who have undergone great suffering for the faith—and their witness to the nature of the soul. One notable example is given in the writings and conversations of Fr. Roman Braga, a Romanian monastic who spent over 10 years in Communist prisons, some of which were marked by extreme torture and psychological pressures. He said:

Not having anywhere to go, or even the possibility of looking out a window because there were no windows in those cells of solitary confinement, you had to look, to go somewhere. And so you go inside yourself—inside your heart and your mind—to examine yourself, to see who you are and why God brought you into this world. You questioned whether God even exists, and wondered about your relationship with God.

When we were free, we did not have time to ask ourselves these questions. Our faith was superficial, because you can learn a lot of things and can have a mind like an Encyclopedia, full of all knowledge, but if you don’t know yourself and who you are, even if you know everything in the world, you are superficial if you don’t ask “Why do I exist?” and “What is the destiny of my life?” and “Why did God create me?” and, “If I believe in God what does God want from me?”

Such questions, particularly asked in the apparent dead-end of a hostile solitary confinement, can produce deep madness. Or, as in the case of Fr. Roman, they can yield true knowledge of the soul and reveal the wonder of existence.

The question, “Why do I exist?” cannot be answered with the superficial answers of personality. What is the personality in a solitary cell?

These questions direct our attention towards the soul itself. When St. Gregory writes about the soul, he begins with an “apophatic” approach, recognizing from the beginning that it belongs, like God, to things that cannot be known by pure rational observation. To ask the question, “Why do I exist?” brings us first to silence and mystery.

That silence is the preferred sound of the soul. The noise of the mind is the chatter of distraction. When the Fathers speak of the mind with regard to the soul, they name it “thenous.” The fact that this was translated into Latin as intellectus is part of the sad history of its loss from our awareness. The nous certainly knows and perceives, but not in the manner of intellect. It wills (or is aware of willing), but not in the manner of choice.

Such a description is frustrating to the modern mind, for we want to observe, weigh, measure and compare. We even doubt that there is such a thing as a soul, or whether it is just a name being given to something else, some other aspect of the brain. What we want of the soul is self-awareness—we require a selfie of the soul—the ultimate reassurance of the modern world.

The soul is created for the awareness of God and its attention is properly directed towards Him, not towards itself. We become more clearly aware of the nous when we enter into true prayer, when we are aware of God. Self-awareness in the nous is found in repentance, when we “return to ourselves.” True repentance is not a matter of feeling bad over something we have done, a sorrow that may simply be confined to our emotions. It is instead a profound awareness that apart from God we are nothing. The monastic tradition calls this the “remembrance of death.” It is the soul’s knowledge of its true condition. And it is in that condition that the soul’s desire is turned to God. There is a hymn sung early in Great Lent that points us in this direction:

My soul, my soul, arise.
Why are you sleeping?
The end is drawing near,
and you will be confounded.
Awake, therefore, that you may be spared by Christ God,
Who is everywhere present and fills all things.

But the soul is our true life. It is only in the soul the the inherent suffering of the world makes sense. The consumer-self cannot bear suffering and supports every false hope that promises relief from suffering. But listen again to Fr. Roman:

Suffering is good not only for Christians but for everybody. Because if you do not suffer you do not understand anything. Suffering is a good experience.

This statement comes from a man who was subjected to a prison regime that Alexander Solzhenitsyn described as the “most terrible act of barbarism in the contemporary world.”

Christ Himself specifically states that the salvation of the soul entails suffering. He tells those who would follow Him that they must “take up their cross.” This is not a description of the road to self-fulfillment—it is the path of self-emptying.

The modern world has lost its soul. Fortunately, there is always enough suffering ready at hand to help us find it. Should we go to a priest or to a psychologist?
Fr. Raphael Noica (of Essex)

Should we go to a priest or to a psychologist?
Fr. Raphael Noica (of Essex)
Fathers, priests! This is our prerogative! We must not only be able to replace the psychologist, but surpass above any expectation what he can do for a client. Priests who Completed Courses of Psychological Aid in Emergency Situations Start Working with Refugees
The first graduates of “Complex Aid in Crisis Situations” courses have started their work at the centers of temporary accommodation of refugees in the Rostov region.
Comments
×