A Priest's Letter to His Flock

Today we celebrate the memories of Sts. Peter and Fevronia, known in the Russian Church as the patron saints of family, love, and fidelity. Below is the letter of an American priest to his flock, concerning the celebration of this Russian Orthodox feast in 2012. He points to the wonderful example of these saints as an antidote to the ever-increasing breakdown of the family that we are seeing in America. 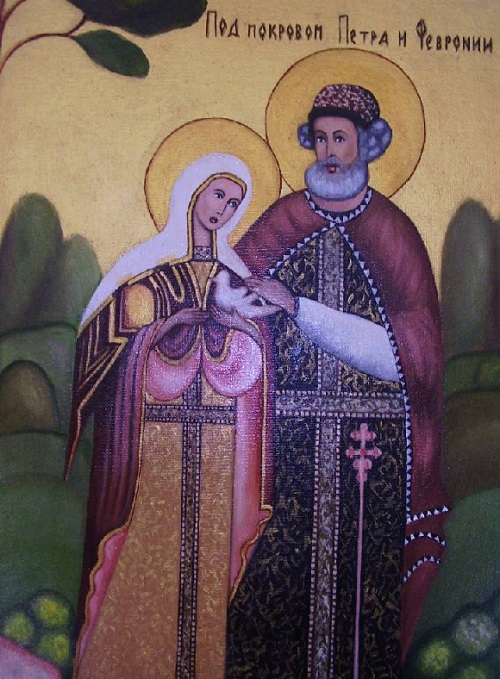 My Dear Brothers and Sisters in Christ:

This Sunday, September 15, has been dedicated by the Church to the memory of Sts. Peter and Fevronia. The theme for this celebration is "Family, Love, and Faithfulness", standards on which a Orthodox marriage, family and communal life should be built on. Contemporary societal mores have fallen to such a low level that our loving Mother, the Church, fearing for the salvation of Her children, utilizes the memory of these saints on this Sunday to reawaken in us a correct understanding of true Christian morality. The life of Sts. Peter and Fevronia teaches us how to realize these standards in our personal lives.

A healthy and moral society is built on the foundation of the Christian concept of family, which is under direct attack today. The enemy of our salvation understands this and does his evil best to destroy in our minds and hearts any understand of true family life. This attack starts with distorting the image of authority. It is shone to be either something evil or comical. In media today, the fathers in modern families are presented as inept or silly individuals, one who destroys, rather then someone that gives the family cohesion and strength. The children have no respect for the parents and at best tolerate their presence. Other persons of authority are also pictured as either tyrannical, inept, or corrupted. There is no unity in the family as each member basically lives for his/her own selfish wants and desires. To correct the dysfunctional family, society wants to entrust the welfare of the children to school or social services. Parents are often denied their parental rights in making decisions concerning the behavior and welfare of their child. 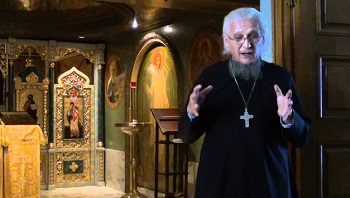 The second attack is on marriage, a God-established institution established by God to aid us in the pursuit of salvation. Marriage was established by God immediately after Eve's creation, still in the Garden of Eden. Jesus Christ confirmed the sanctity and importance of marriage, a sacrament of the Church, by performing His first miracle at a marriage celebration. But in society today, the concept of a true marriage is under attack. A majority of people today live together without being married. Often a period of trial is entered into by the couple before they enter into a formal marriage. Being married in church is the major exception rather than the rule. Completely missing or heavily distorted is the oneness in marriage of two people becoming mystically one in the image of the oneness of God. In modern understanding, marriage works only if it is convenient. If not, we simply get a no-fault divorce. There is no understanding of the self-sacrifice needed for a God-blessed marriage. And finally, there is the complete desecration of the sanctity of marriage by the demand to legalize same-sex marriages.

Faithfulness is also something that is no longer valued by many people. Unfaithfulness is a very insidious thing. It destroys relationships and then easily translates to an unfaithfulness to God. The status of young boys is measured by how many girlfriends he has. Young women are often lured away by young men with dishonorable intentions. If before these behaviors were frowned upon, today they are easily accepted and often looked upon with admiration. Infidelity in marriage is rampant. Friendships only work when they benefit the persons in the friendship. Trusting in another person often results in betrayal.

This is not the way that God wants people to live. We need positive moral role models to encourage us back to a God-pleasing life. Saints Peter and Fevronia are such role models. In Peter we see a person of authority who understands how to use this power correctly. He rules over his people with justice and mercy. He leads by example, using his authority not for his selfish, tyrannical wants but for the welfare and good of his people. He does not stubbornly, or at any cost hang on to his position of power and is more than willing to relinquish it when forced to choose between his wife or power. Fevronia is a wonderful example of a true wife and a true Christian. Her devotion is to her husband and to God. She selflessly is her husband's greatest source of moral strength and love, faithful to him in all things, and supporting him both in their marriage and in his responsibilities as the ruling prince. Their love and devotion to each other are so strong that no one is able to separate them either during their lives or in death. Several times their subjects attempted to bury their bodies separately from each other only to find their bodies mysteriously moved to share the the double coffin that they prepared for themselves before their death.

Please do come to church this Sunday to share in the celebration of the life of these two saints. May they inspire and encourage you in making correctly difficult decisions that God tests us with. May their example lead us safely down the treacherous road on earth that we need to transverse in order to reach the Kingdom of God.

Holy Virgin Cathedral, Joy of All Who Sorrow The Day of the Family, Love and Fidelity Celebrated in Serbia for the First Time On Finding Your Other Half
Archpriest Artemy Vladimirov
In order not to fall for stereotypes and not lose that one and only person, one must not be carried away, as King Solomon teaches us, by external good looks, elegant facial features and figure, and not walk on the leash of the lust of the eyes. Goats, mules, and rams are distinguished by this not so clever art. The ability to see the personality itself, the traits and qualities of the soul is a rare capability amongst the young, who are more inclined to get carried away than older people made wise by experience.
Comments
×