A Toledo Municipal Court judge who declined to marry a same-sex couple said today his decision was based upon his “personal and Christian beliefs.” 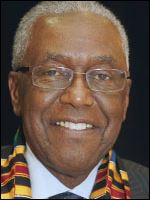 Judge C. Allen McConnell said in a written statement his refusal Monday followed his beliefs developed over many years.

“I apologize to the couple for the delay they experienced and wish them the best,” Judge McConnell said. “The court has implemented a process whereby same sex marriages will be accommodated.”

The judge said he will continue to perform “traditional marriages” during his assignment and is seeking an opinion from the Ohio Supreme Court as to whether he can leave the judicial rotation for marriages. He said he will follow the court's decision.

An Ohio Supreme Court spokesman said the court does not issue advisory opinions such as the one he requested. The Board of Professional Conduct, a group of lawyers, judges and citizens appointed by the Ohio Supreme Court, would review Judge McConnell’s question.

Carolyn Wilson, 51, and her partner, both of Toledo, applied for a marriage license and were directed to Judge McConnell. His bailiff told them he would not perform this type of marriage. Texas Governor Signs Important Act To Protect Churches From SCOTUS Gay Marriage Ruling
Republican Governor Greg Abbott of Texas signed into law a bill allowing his state’s clergy to refuse to officiate marriage ceremonies that violate their religious beliefs. Abbott said it is vital that religious leaders are “secure in knowing that religious freedom is beyond government’s reach.” One Priest, One State
In this special edition of Ancient Faith Presents, we hear two timely interviews related to same-sex marriage. They both discuss the same topic: an Orthodox priest who will no longer sign marriage licenses issued by his state. Find out why as Kevin Allen interviews Fr. Patrick Reardon, followed by another interview with Terry Mattingly conducted by a Lutheran radio program (Issues, Etc.).
Comments
×