“A diabolic revolution”: an Arkhangelsk priest on legalization of sodomy in the USA

“America has surrendered!” – Igumen Theodosius, or Feodosy (Nesterov), head of the Diocesan Department for Relations between the Church and Society, has commented on the recent decision of the Supreme Court of USA to legalize same-sex “marriages” in all states. 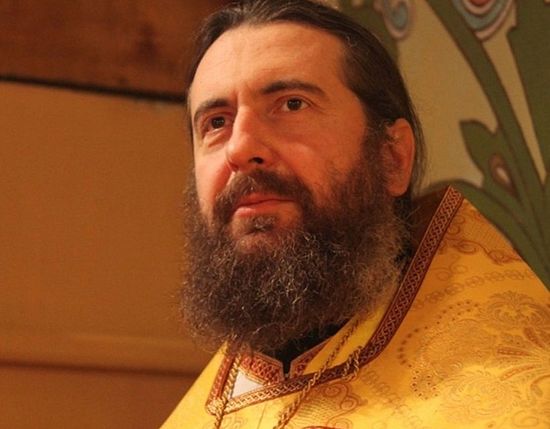 “This diabolic revolution is developing by degrees. The old generation which still considered same-sex unions unnatural will go, and the new generation will accept all this as something natural. The value system, based on the Christian truths, is, alas, completely disappearing,” he warned.

“No member of a corrupt community can be regarded as sound, whatever counterarguments one can draw with regard to this. Quite recently the world science, particularly psychiatry, considered homosexuality as a sexual deviation. Generally speaking, any sexual perversions are indicative of the state of corruption of an individual, this is confirmed by the patristic tradition and the medical practice alike. However, since a certain moment and with involvement of certain forces sodomy has not been considered abnormal any more. The things that we could not imagine several years ago are becoming a reality today. For America which formerly was an overwhelmingly Christian nation this is a striking fact; this shows that dark forces are currently obtaining an enormous power and are even capable of manipulating national leaders,” the priest noted.

Legalization of sodomy in the USA is dangerous for Russia as well, Fr. Theodosius stresses: “It is vital for us to preserve the public conscience based on traditional values. For Russian people it is truly a question of survival! To be or not to be!? The war is around us, now we will be criticized, we will be accused of our “backwardness” and “hostility towards the civilized world”. Russia will be constantly blamed and attacked, yet the spiritual warfare will develop all the time, and the battle, which is in or spirit, will be hotter”.

Today Russia is under siege – not only the external economic and political siege, but also the spiritual one: “Undisguised evil is getting more and more authority. These are well-known techniques of dark forces. At first they introduce an idea to the society and arrange heated discussions of it. People will be filled with indignation for some while, but then “pioneers of the evil” will appear who will put this idea into practice. Others then start imitating “the pioneers” and adopting their experience. Little by little, the society gets accustomed to the things which seemed unbelievable a short time ago. Thus, for past 20 years we have seen the picture developing from “inadmissible” to “habitual””.

“America has surrendered! We can only feel awfully sorry for our brothers and sisters. As for ourselves, our sole chance is to stand up for our spiritual identity. A society always has “a diabolic leaven”. When did the empires fall and states disappear? When the grace of God left those nations and countries. Sodomites-propagandists, spreading their views, become adherents of the sin. They are ardent, convinced, well-educated, but all this has to do with pride. It is difficult to argue with them, many of them are great intellectuals and they can shame Christians for their “stupidity”. Our power is in our spiritual labor! And a genuine Christian life is an exploit of every believer. Some pray hard, others pray less, but all our petitions reach the Heavens and the Lord will not abandon us”.

The Diocese of Arkhangelsk and Kholmogory Orthodox Cleric: Marriage Ruling an 'Earthquake'
'Overturns God's established order'
“I see that marriage is not revered in Russia or in America. Young people are fine to live together, and only after five or six years decide to have a church marriage, but prayer in the wedding rite is addressed to a chaste couple." America the Great?
Fr. Lawrence Farley
America has not yet become Babylon the Great, despite the recent legal ruling. But even if it does, so what? We can peek at the end of the Book, and see how the story will end. And it turns out that it will end with glory, with the kingdom of this world becoming the kingdom of our Lord and of His Christ.