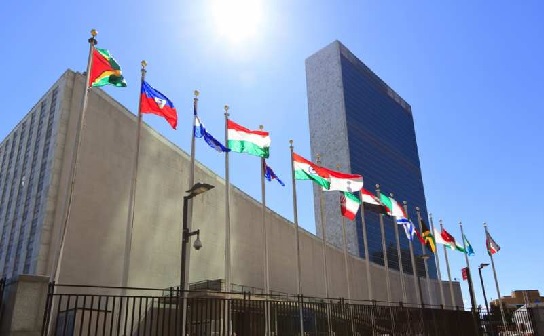 A pro-family resolution has been passed by the United Nations Human Rights Council in Geneva of “unprecedented” force and reach, thanks to a coalition of African and other developing countries, China and Russia and a support group of socially conservative NGOs.

“This is unprecedented, a tremendous victory for the family,” Sharon Slater, the head of Family Watch International, told LifeSiteNews. “It is the first time ever in the history of the United Nations that a comprehensive resolution has been passed calling for the protection of the family as a fundamental unit of society, recognizing the prior right of parents to educate their children, and calling on all nations to create family-sensitive policies and recognize their binding obligations under treaty to protect the family.”

The voting on the “Protection of the Family” resolution was 27 for and 14 against, Slater noted. Those opposing the motion included the United States, the United Kingdom, Ireland and other Western European countries, while its sponsors included Russia, China, Belarus, and more than a dozen Muslim and African countries. The four abstaining members of the council—Brazil, Mexico, Argentina and Macedonia—probably were forced to do so by the rich countries opposing the bill.

“The developed countries probably put huge pressure on the others to stop the bill or insert amendments undermining its intent by threatening to withhold foreign aid,” said Slater. “We applaud those who were able to stand up for the family, and we ask people to write to them to thank them.” (FWI provides a webpage to help people send these supportive letters.)

Austin Ruse of the Center for Family and Human Rights (C-FAM), also termed the resolution “a tremendous victory for the pro-family world” and a defeat for the small but powerful group of anti-family groups supported by developed countries and the United States. Several attempts were made by feminist and pro-LGBT groups to first defeat and then amend the resolution by inserting “reproductive rights”--a euphemism for abortion, and by replacing “the family” with “families” and by inserting inclusive language to apply the resolution to sexual minorities.

The passage of the resolution was predictably condemned by feminist and sexual advocacy groups. The Sexual Rights Initiative, for example, called it “a set back to the advancement of the human rights of individuals as it seeks to elevate the family as an institution in need of protection without acknowledging the harms and human rights abuses that are known to occur within families, or recognizing that diverse forms of family exist.”

Slater said the resolution was particularly significant because its preamble assembled dozens of past UN resolutions, binding treaties and foundational declarations, all recognizing “the family” as a cornerstone of society, a defender of human rights, a transmitter of social, cultural and religious values, primary educator of youth, and, just in time for current negotiations at the UN in New York City on sustainable development, a positive force for economic development.

Significantly, the resolution also recognized the family as a “crosscutting” value—one that national policy makers must avoid weakening in pursuit of other policy goals.

Ruse said that the UN bureaucracy, including the High Commission on Human Rights, act as if the United Nations already protect sexual orientation or gender identity from discrimination, even though this has not been recognized in resolutions. “The bureaucracy is out of control.”

Nonetheless, said FWI’s Slater, the passage of such a powerful resolution will undermine efforts of feminist or LGBT lobbyists to use the UN to bend individual countries to their agenda. “The next step is to get pro-family language and policies included in the policies on sustainable development,” said Slater.

The victory marks the growing impact of the UN Family Rights Caucus, a coalition of pro-family NGOs that supported the national delegations in Geneva. The Defense Of Marriage And The Right Of Religious Freedom: Reaffirming A Shared Witness
An Open Letter from Religious Leaders to All in Positions of Public Service

The Defense Of Marriage And The Right Of Religious Freedom: Reaffirming A Shared Witness
An Open Letter from Religious Leaders to All in Positions of Public Service
At this significant time in our nation’s history with the institution of marriage before the United States Supreme Court, we reaffirm our commitment to promote and defend marriage—the union of one man and one woman. Citywide cross procession marks Family Day in Varna
The procession of the cross proceeded through Maria Luiza Avenue and Slivnitsa Avenue and stopped at the entrance to the famous Sea Garden (Morska Gradina) public park, where Metropolitan John of Varna and Veliki Preslav performed a prayer service for health and prosperity.
Comments

Orthodox Christian7/10/2015 9:11 pm
This is more of a Trojan Horse than a win for the family. If you look closer at the quote towards the end of this article, you see that a much worse plan is envisioned - that of Agenda21/Sustainable Development: "The next step is to get pro-family language and policies included in the policies on sustainable development." We should not expect anything good which has no ulterior motive to come out of an anti-Christian organization such as the UN.
×