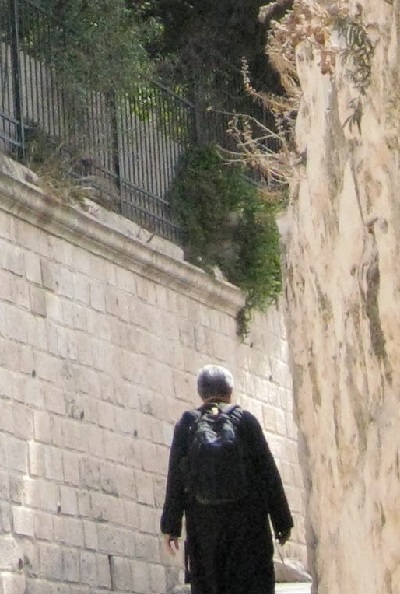 There are many Orthodox bumper stickers and internet memes that seek to portray the excellence of Orthodoxy. Some compare us to the “marines,” others to various kinds of extreme sports. There’s the one that declares the Orthodox Church to have been founded in 33 A.D. I understand such boosterism in a culture where proclaiming the excellence of your football team or other product loyalty is seen as important. We use brands in order to establish an identity and a sense of belonging. And that same sense of belonging is strengthened when you think that your team/denomination/etc. is simply the best there is. But there is a very deep fallacy in this when thinking about Orthodoxy. So I want to offer some corrective suggestions in this article.

First, the Orthodox Church is not better than some other Church. If you declare such a thing to be true, then you have actually denied the truth of Orthodoxy. We believe the Church to be One. We believe the Church is One because God is One. And, as in the case of God, it is One of which there is not two. If Orthodoxy is The Church, then it’s not the better Church. It is not something that can be compared to anything else.

This is extremely important. As soon as comparisons are made, the Church is reduced to one among the many and the concept of “many churches” is granted, denying the declaration of the Creed. The Orthodox Church is not better—it simply is what it is. The notion of the “better” Church is inherently Protestant. The purpose of reform was (and remains) to make a “better” Church. Ending abuses, correcting doctrine, changing liturgy, etc.—all were done in the name of betterment. Thus, why be a Lutheran and not a Roman Catholic? Because Lutherans are better, and so on.

The Orthodox consciousness is not properly part of this conversation. Orthodoxy does not require the presence of the non-Orthodox. Indeed, for the larger part, it gives them little thought. Is it possible to have a “better Orthodoxy?” The history of the Church is, from the beginning, marked by failures and faults, controversies and corruption. These troubling aspects of the Church, however, do not make it less than the Church. They are, like sin in our private lives, simply a hallmark of life in a broken world. And like sin in our private lives, these aspects can be the object of repentance and correction. But they will not, short of the eschaton, be the object of abolition.

Because the Church is the Bride of Christ, His Body, etc., its failures and faults are all the more egregious. But our own lives, where sin too often reigns in His Temple, our bodies, are no less egregious. The dynamic of reform, however, too often removes our eyes from the humility that should accompany our faults and turns them to an idealism that judges, condemns and ignores life as it is actually lived.

The Sacraments, repentance, prayer, thanksgiving and generosity are the normative marks of the Orthodox life. These contain everything necessary to the life of grace. Church reform is not a hallmark of the Orthodox life. The insight of Orthodoxy is that only holiness changes anything. If sin reigns in the structures around us, then the first response must be our own repentance, and our repentance on behalf of everyone. The structures of our lives (and the Church) are as corrupt and distorted as they are because of my sin—and your sin. There is an old Orthodox adage, “You get the priest you deserve.” Fortunately, grace is far more generous!

There is, however, a fundamental mindset that is required in the midst of these realities. That mindset includes letting go of “improving” the Church. And though scandals happen, we have to learn to a degree not to be scandalized. The true stumbling block is our own sins, not those of others.

Related to this is renouncing the notion of progress. We are not going somewhere. The journey of the Church through history is only a journey to the Cross. We are promised nothing more. Modernity loves the idea of improving the world and making it a better place. The truth is that we are not in charge of the world and generally have no idea of what would make it a better place. In our efforts to design and control we ignore the most common things that are immediately at hand. We plan to feed the poor, but we don’t feed them now.

The Church in the present season bears scars and even open wounds from all of its history. Those scars and wounds include the difficult centuries of schism and heresies. We are also marked by problems of the Byzantine legacy, and the centuries of Turkish oppression under the Ottoman Empire. The administration of the Church in those places where the Ottoman Empire once held sway has yet to truly recover. We also bear the wounds of the Communist Yoke as well as the hope that has been born anew after its demise.

But the Modern world doesn’t like history and would like to pretend that when things are past we should quickly be rid of them. It is a delusion. If you feel that the Ottoman Empire should have no effect on your local Church (we’re in America after all), then you are simply ignorant of the evil role played by your own nation in the failure to assist oppressed peoples as they sought their natural freedom. The Western powers sold out the Orthodox in the 1920’s (and not for the first time). The sins of Orthodoxy are not unrelated to the past sins of the West. They are not a peculiarly Eastern problem.

And so with Orthodoxy, you live with the many consequences of historical existence. Just as the language we speak bears witness to the coming and going of other peoples (leaving behind new words and grammar), so the life of the Church carries with it the remembered experience of 2,000 years. Modernism would improve us primarily by enforced amnesia.

To bring this article full circle—Orthodoxy means an abandonment of the “better Church” argument. Orthodoxy is what it is, because it is what it is. It can rightly claim to be the continuously historical Church without the evolution of a papacy or the vast reform projects of the ages. We should resist the temptation to argue that this is much better (doing so can make you argue favorably about some fairly silly things). Apparently, our salvation is not predicated on a better Church—just on the Church. Be steadfast in the sacramental life. Say your prayers. Repent everyday for everyone and everything (especially for yourself). Give thanks always and for all things. Give away stuff, practicing an audacious generosity. That’s pretty much the Orthodox life. “Monogamous Communion:” A Defense of “Closed” Communion
Fr. Michael Shanbour
The model for the meaning of communion and Christian unity has always been God Himself, the Holy Trinity. While the Father, Son, and Holy Spirit are distinct and unique Persons, they are one; not mathematically, but in a communion of persons. The three divine Persons of the Trinity exist together in a perfect communion of love and truth expressed by their common will, energy, and activity.