Khabarovsk (a port in Eastern Russia near the Chinese border), August 7, 2015 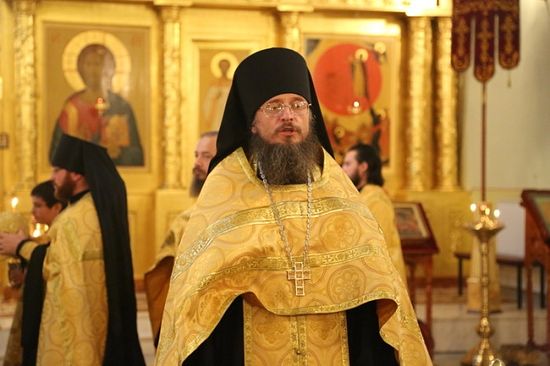 Secretary of the Amur Diocese of the Russian Orthodox Church, Dean of the Cathedral of the Holy Prophet Elijah in Komsomolsk-on-Amur, Igumen Tikhon (Tyuryumin) was seriously injured in the road accident that occurred on the Khabarovsk-Komsomolsk motorway on August 5.

After the accident, Fr. Tikhon was taken to the Clinical Hospital No. 1 of Khabarovsk. According to the doctors, his condition is serious and he is currently in the intensive care unit, reports the Pravostok.ru portal.

According to eyewitnesses, at the scene of the accident Fr. Tikhon, with serious injuries (multiple rib fractures, hemathorax, a penetrating wound of the left eye, multiple contusions and abrasions on torso and extremities), nevertheless helped evacuate the injured passengers from the severely damaged buses.

On August 7 the clergy of the Khabarovsk Diocese visited the crash survivors at Clinical Hospital No. 1 of Khabarovsk in order to perform holy sacraments. On that day, 84-year-old Maria Ivanovna in the traumatic surgery department was baptized by Hieromonk Innocent (Mitin). In spite of her poor condition (she could hardly sit up on her bed), Maria Ivanovna rejoiced at her Baptism and was grateful for the kind attention. 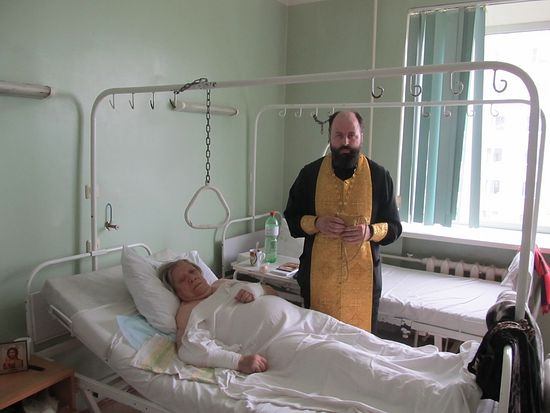 According to the woman, “a bearded man” helped her get out of the bus after that terrible accident – it was Fr. Tikhon (Tyutyurin) from the Amur Diocese.

On that day a lady named Elena with her 6-year-old daughter Anastasia were given Holy Communion. Elena lost a close friend in that crash, while little Anastasia was not injured at all.

“It was because I was wearing a cross,” said Anastasia, addressing her mother. “I will never take it off again. And you, please, always wear it too.” “He told me that God would not abandon us” – the circumstances of death of Fr. Ilia Kartozia have become known
Archimandrite Ilia (Kartozia) saved the lives of a Greek lady and her little daughter on the Norman Atlantic ferry at the cost of his own life. The Italian La Republica newspaper relates the details of the incident. Icon of St. Innocent of Moscow weeping myrrh In Khabarovsk

Icon of St. Innocent of Moscow weeping myrrh In Khabarovsk
The unusual phenomenon was noticed by the seminary aspirants who came to take entrance examinations. Priests to visit victims of the Moscow metro accident in hospitals

Priests to visit victims of the Moscow metro accident in hospitals
Orthodox Priests spent July 15 rendering spiritual and psychological aid to all those injured in the metro derailment and who have been taken to three Moscow hospitals. Khabarovsk churches will distribute pamphlets about Orthodoxy in Chinese
In Khabarovsk, 1,000 copies were printed of pamphlets in Chinese, which outline the basic teachings of the Orthodox Faith.
Comments
×